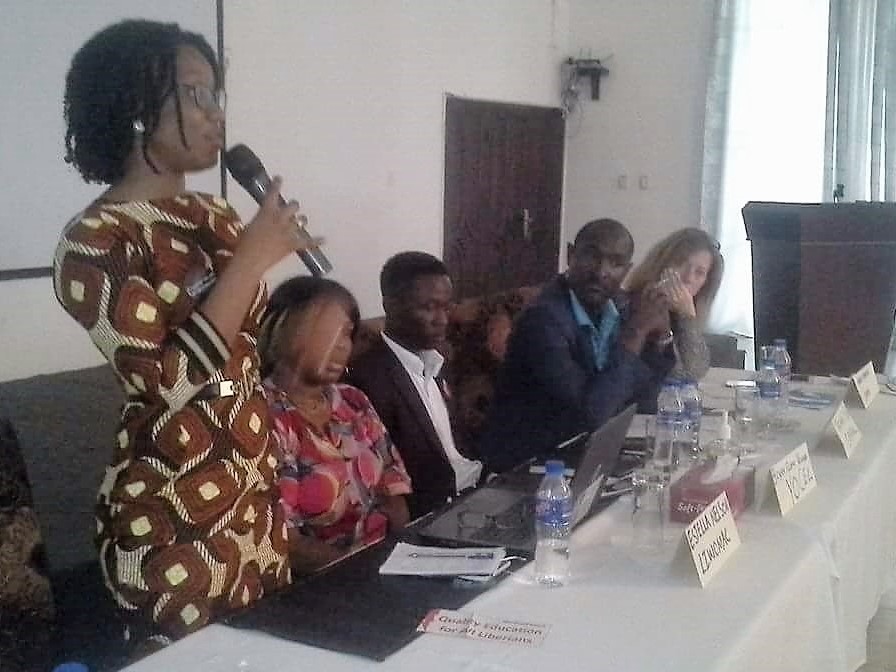 The roundtable was organized by the Coalition for Transparence and Accountability in Education in collaboration with ActionAid Liberia and Oxfam.

The gathering was conceived in consideration of the Partnership Schools for Liberia initiative by the Ministry of Education to allow private operators to manage primary schools.

Bongâ€™s Senator Jewel Howard Taylor, who has been a champion of the initiative, said PSL was necessary based on the current studentsâ€™ mass failure in public exams. She observed that there will always be criticism when unusual initiatives are being implemented.

The PSL initiative is a one-year pilot program where Liberia will contract out 94 primary schools (less than three percent of the system) to test whether children learning improves.

Wendy Verheyden, who represented Public Services International, a federation of trade unions, warned that if PSL was implemented, citizens would not have equal access to the public services.

Binta Massaquoi, the Ministry of Educationâ€™s director of planning, monitoring, and evaluation, differed with Verheyden and highlighted the scarcity of resources and constraints on the budget. She argued that the ministryâ€™s budget could not deliver on all of the education needs in the country.

â€œThe ministryâ€™s budget is US$44 million, of which US$37 million is for salary,â€ she said. â€œSo where do we get money to do the rest and enable the best for our children and all?â€

Massaquoi said she believes that PSL would enable the ministry to outsource funding to improve the entire sector. Anderson Maimen, who is a program officer of the Center for Transparency and Accountability in Liberia, disagreed on the need to privatize the educational sector. She stressed that the funding should be sourced from within the national budget and not outside.

â€œWe can always spend hugely on overhead cuts and forget to invest meaningfully in the right sector that needs grave attention and will inspire change in society. It is the time that we cut off unnecessary spending to build the falling sectors,â€ Maimen said.

Maimen said the Ministry of Education lacks a core strength in monitoring and evaluation, which is important for managing projects: â€œSo how do we even know where the lapses are and how we could build on our strength to move forward?â€

In response, Massaquoi said the ministry is up to the task for effective monitoring. She reminded attendees that PSL would be rigorously evaluated by a third party to compare partnership schools to government schools for improvements.

The coordinator for the Coalition for Transparency and Accountability in Education, Thomas Nah, was another stakeholder who believed that there is no need for a public-private partnership in the education sector. Nah said there is a need for government to be accountable and transparent in the countryâ€™s operation at all levels.

Additionally, Nah said policies should be implemented to target kids that are victims of drug abuse, prostitution. “Liberia is a fragile state in that, people with public trust need to provide services else Liberia will revert to conflict or chaos,” he added.

Laskhmi Moore, ActionAid Liberiaâ€™s interim country director, called for an alternative to the outsourcing of funding for the sector. She said Liberia cannot wait until the PSL initiative ends, especially while the industry still lacks the basic learning environment.

“We don’t have the luxury of time and resources to be waiting for 12 consecutive months,â€ she said.