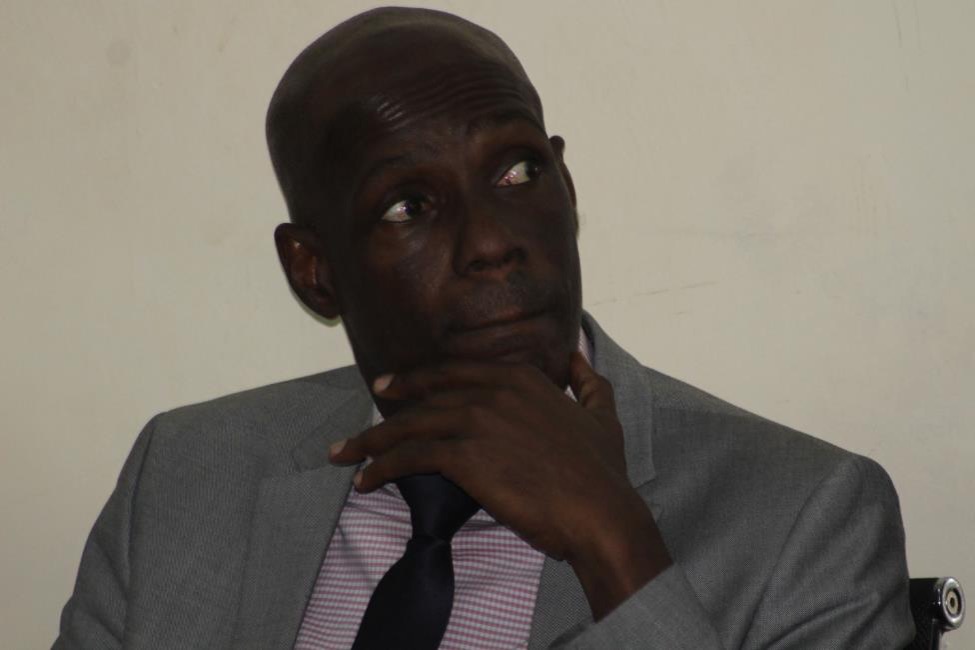 MONROVIA, Montserrado â€“ Liberiaâ€™s information minister, Eugene Nagbe, has apologized to the Press Union of Liberia for his recent derogatory comments against the journalism umbrella organization.

On December 25, Nagbe had appeared on a talk show on Farbric FM to discuss the governmentâ€™s ongoing strife with media entities, especially ones that provide critical coverage.

During the show, he branded the Press Union as aÂ â€œuselessâ€Â entity after the union drew attention to increasing hostilities from senior officials working within President George Weahâ€™s administration.

Nagbe, who was a journalist in the past before serving in several government posts, was immediately suspended by the Press Union.

Nagbe apologized to the Press Union in a written communication on Monday, December 31, 2018. A press statement signed on January 2, 2019, by Daniel Nyakonah, the unionâ€™s secretary general, quoted the information minister: â€œJust as I did following my comments about the union during a recent talk show which sparked an uproar, and subsequently during [a] meeting on December 31, 2018, I withdraw said comments and re-emphasize my strong belief that the union has a pivotal role to play in Liberia.â€

In his apology letter to the union, Nagbe reiterated the importance of the government and Press Union working continuously towards holding professionals in the media thoroughly accountable to the ethical and professional journalism principles enshrined in the unionâ€™s code of conduct.

In response to the ministerâ€™s letter of apology, the Press Union has called on its members to assemble at the unionâ€™s headquarters on Clay Street on Friday, January 4 for a mass meeting.

President Weah had earlier attempted to calm the uproar over Nagbeâ€™s statement by inviting several media executives to a meeting on Friday, December 28. However, the presidentâ€™s invitation coincided with a mass meeting of all journalists on the same day.

Many media executives boycotted the scheduled meeting over what they said was the governmentâ€™s increased hostility toward journalists. Hours to the presidentâ€™s meeting, two journalists and a talk show host, including Rodney Sieh of FrontPageAfrica, T. Max Jalateh of Sky FM, and Henry Costa of Roots FM, appeared on the Costa Show on Roots FM to note that they would be boycotting the presidentâ€™s meeting to attend the one held by the Press Union.

At the Press Union meeting, prominent journalists and talk show hosts were present, including Aaron Kollie of Power FM, Frank Sainworla of Public Trust Media Group, James Kaizolu of the Liberian Express Newspaper, and Mohamed Kanneh of the Heritage Newspaper. 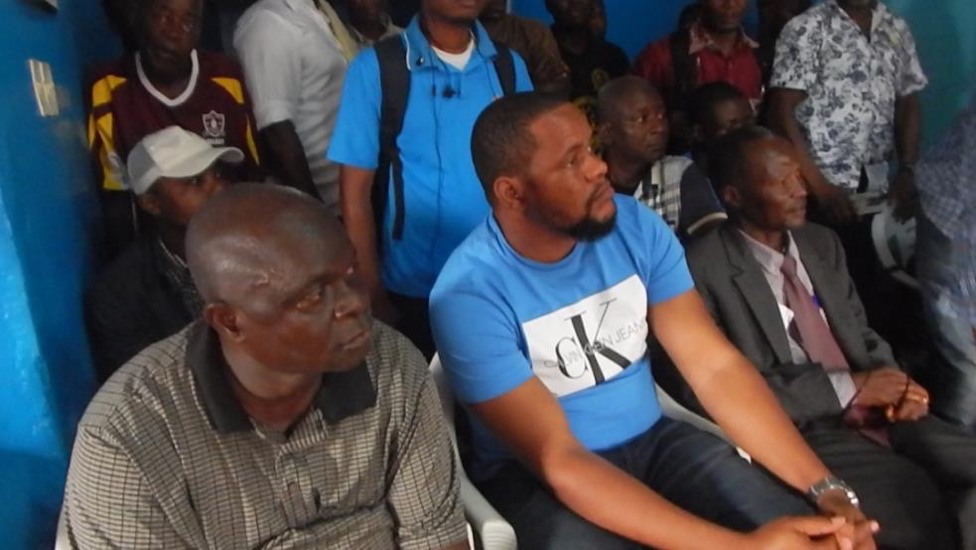 Though Sieh said his invitation was misdirected to another email address, the FrontPageAfrica publisher said if he had received the presidentâ€™s invitation, he would not have attended.

â€œI am not going to honor the presidentâ€™s invitation because it will be a dishonor to our colleagues in the media who are experiencing [a] lot of stuff from the government, especially the operation of Patrick Honnahâ€™s Punch FM,â€ he noted.

On June 18, 2018, the government had announced an immediate suspension of all new operating licenses and authorizations it had issued to media operators between January 1 and June 18.

The government said it was reviewing the regulatory regime of media operating licenses and authorizations due to â€œtechnical and administrative irregularities,â€ including duplications of frequencies to radio and television operators, and incorrect designations and submissions.

That review is still ongoing, and organizations such as the Press Union have criticized the governmentâ€™s action as â€œarbitrary and targeted.â€ The union called on the government to speed up the process.

One media institution affected by the action wasÂ Punch FM, a recently launched but not yet operational media outlet. Its founder, Patrick Honnah, had told The Bush Chicken that he felt targeted by the governmentâ€™s action. Honnahâ€™s Punch FM and Punch TV had been heavily advertised on billboards around Monrovia and the Facebook pages of supporters, ahead of the anticipated launch.

Following days of mounting pressure from the media and the public to disclose the name of affected institutions, Eugene Fahngon, the deputy information minister for public affairs, named some of the affected institutions as Spoon Communications, Punch FM, 231 Group of Companies, and Magic FM/Emmanuel TV.

Fahngon declined to name the remaining other institutions but he said speculations that the government made the decision to target Honnahâ€™s Punch FM was â€œbaseless, unfounded, untrue, and speaks to the limitation of certain people.â€

Honnah previously worked for the state broadcaster, ELBC Radio, as deputy director general for broadcast services. He was replaced upon the inauguration of Weah. He had been viewed asÂ biased in favor of former Vice President Joseph Boakai, who was then running against Weah for president.

â€œIt is unfair for other radio stations to be issued licenses to operate while Punch FM is being denied,â€ said FrontPageAfricaâ€™s Rodney Sieh. He called the governmentâ€™s action against Honnah a travesty of justice.

Sieh noted that under President Weahâ€™s administration, journalists are regularly insulted by top government officials and called â€˜blackmailersâ€™ without any evidence.

â€œThe president has also labeled critics, including journalists, of his government, as [an] enemy of the state,â€ Sieh said.

Since assuming office on January 22, 2018, Weah has been no stranger to criticisms, given many self-inflicted errors his administration has made.

The FrontPageAfrica publisher said it was important for Liberians to understand that journalists are professionals who take their jobs seriously.

â€œWhenever a journalist tries to reach out to a government official on a particular story, insults are thrown on the journalist,â€ he said.

Sieh said such actions by the government officials need to be addressed by the president before he calls for any meeting with media executives.

â€œI am flabbergasted by the behavior of those government officials that are in the constant habit of insulting journalists,â€ he added. â€œWe will not allow anyone to intimidate us into submission, because if you do not report and sing praises for them, you become their enemy.â€

He continued: â€œI am not here to sing praises for government officials and Iâ€™m being consistent in reporting the ills in government.â€

For Jalateh of Sky FM, he called for the president to tell the officials in government to behave themselves. He said the presidentâ€™s style of governance needed to be checkmated.

He wondered whether the president was up to the task of transforming the country from its past history, referencing the numerous reports of corruption during the presidentâ€™s first year in office.

â€œWeah is not proceeding well in governing the country,â€ Jalateh said.

He noted that Liberians have received no recent update on the investigation into the alleged disappearance of billions in newly printed banknotes. Additionally, he said, â€œThe infusion of the US$25 million into the economy by the president without any proper explanation from Samuel Tweah, the minister of finance, is a concern.â€

Moreover, Jalateh said a recent statement by the finance minister that he would â€œweaponizeâ€ the governmentâ€™s base to deal with what he described as â€œmistruths and falsehoods in the mediaâ€ was unfortunate.

On Wednesday, December 19, the finance minister made the statement to partisans of the Coalition for Democratic Change at the partyâ€™s headquarters in Congo Town.

Jalateh warned that the presidentâ€™s invitation could be a trap for Liberian journalists. He drew a correlation to the recent murder of the Saudi columnist Jamal Khashoggi.

However, Jalateh said he and others in the media were undeterred by the increasingly hostile statements by presidential appointees.

â€œWe have seen and gone to worse places than what the finance minister is referring to,â€ he said. â€œWe have seen wars where people were killed, and their bodies dumped into the streets, and we survived.â€

While major critics of the government boycotted the presidentâ€™s meeting with the media, notable media personalities did attend, including Eva Flomo of ECOWAS Radio, KelvinÂ Demey of Prime FM, Alphonso Toweh of the New Republic newspaper, Stanley Seakor of the Analyst Newspaper, CarltonÂ Boah of In Profile Daily newspaper, Helen Nah of the Women Voices newspaper, and Octavin Williams, the Press Unionâ€™s vice president.

The union subsequently voted to suspend Williams for what was considered gross disrespect to the leadership.

On his Facebook page, Williams had expressed his disappointment in the leadership of the union for deciding to suspend the membership of Information Minister Nagbe.

Several attendees at the meeting reported being rewarded by the president. An attendee who wished to remain anonymous to avoid angering government officials said invited media executives received US$200 each, while uninvited executives were given US$100.

The anonymous attendee also said the president had used the meeting to call on the media to be more favorable in their coverage.