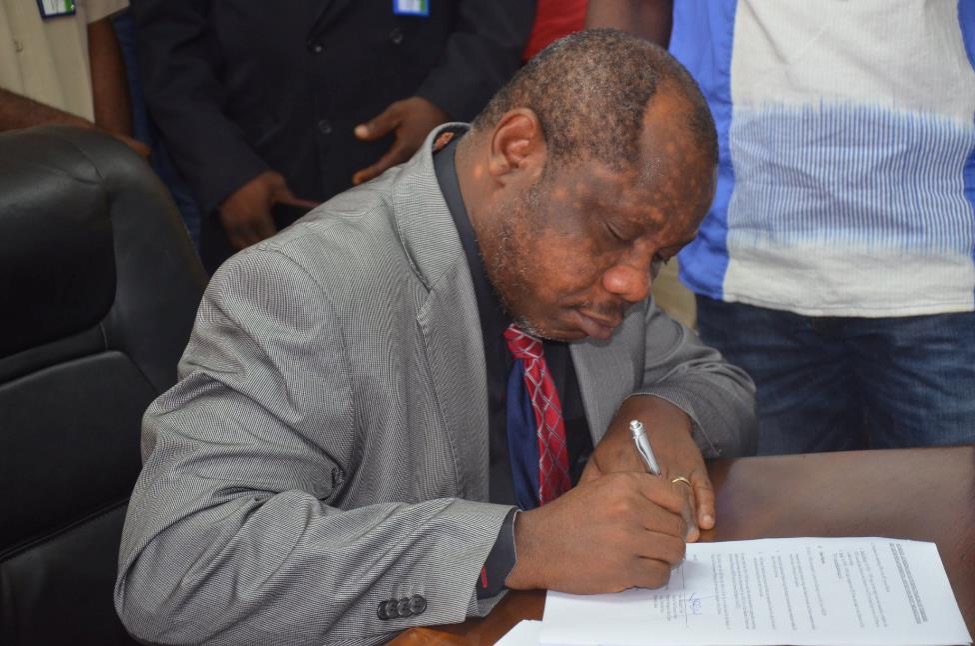 MONROVIA, Montserrado â€“ In an effort to resolve the impasse between the government and striking health workers that has paralyzed operations at several health facilities across the country, the Ministry of Finance and Development Planning announced on Thursday, September 26, 2019 that it has begun disbursing checks to cover the salaries of employees at the John F. Kennedy Memorial Hospital.

The nationwide strike has government-run hospitals completely empty since Monday, September 23. At the JFK Hospital, students from the Tubman National Institute of Medical Arts had been called to fill in for health workers who were striking.

Several other public health facilities were also deserted, as thousands of health workers decided to strike to draw the governmentâ€™s attention to their wide range of concerns, including payment of salary arrears and ensure health facilities are properly equipped with drugs and other crucial supplies.

â€œThe checks have been issued to JFKâ€™s management for prompt disbursement of employeesâ€™ salaries,â€ the Finance Ministry disclosed in a press release.

The ministry also clarified that health workers were protected from salary reduction under its controversial salary harmonization exercise. Instead, the ministry noted that â€œthousands of health workers got [salary] increases.â€

The statement also said the ministry was making progress to ensure that the August and September salaries of all civil servants are being progressively processed and disbursed.

Earlier, the health workers unionâ€™s secretary-general, George Poe Williams, had told The Bush Chicken that some health workers had received their salaries while others had not. His statement was corroborated by several other health workers across the country.

Featured photo by Ministry of Finance and Development Planning