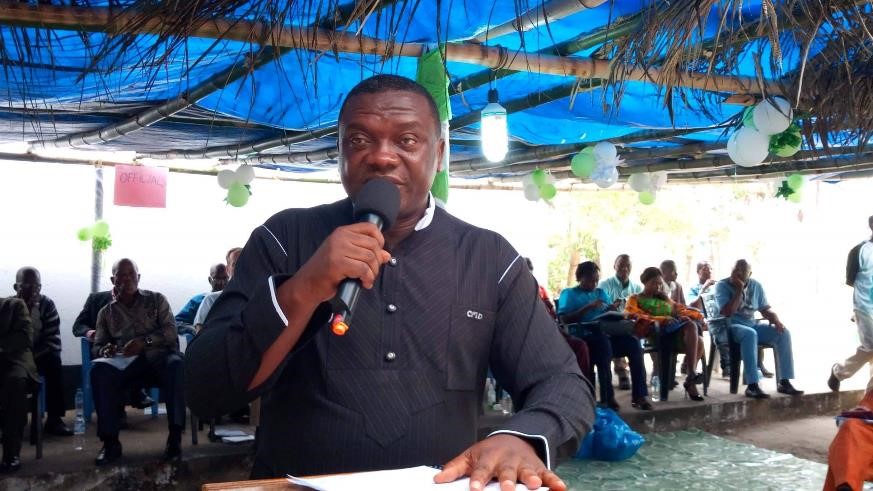 Of the total graduates, 37 are from the General Forestry Department while 20 persons received diplomas in Geomantic Education, and 1 person completed a General Mechanics training.

Speaking at the program on Friday, Feb. 28, was a USAID environmental officer stationed at the United States Embassy, Lan Winborne, who challenged graduates to be responsible in protecting Liberiaâ€™s natural resources. Winborne spoke as guest speaker at the ninth convocation event and used the opportunity to voice USAIDâ€™s unflinching support to the institute.

â€œI challenge you today graduates, to use the valuable training acquired as a tool to explore and safeguard the wider society,â€ he said, noting also that this was an opportunity for graduates to build careers in forestry and become productive and marketable members of society.

Liberia is well known for its vast forests and biodiversity, and there have been efforts both by the government and private institutions to protect the countryâ€™s natural treasures as a way reducing the impact of climate change, while supporting economic development.

The executive director of the institute, Jeremiah Karmo, spoke at the ceremony and applauded the institutionâ€™s partnership with USAID and its subsidiary functionaries, including the Land Governance Support Activities and the Forest Income for Environment Sustainability program. He also thanked the United States Forest Service, the Wild Chimpanzee Foundation, UNDP, and other government agencies for their support in strengthening the institute.

After more than 37 years, Liberia can now boast of a sizable number of trained land surveyors, land administrators, and forest technicians through progressive and successful academic training being done at the institute. The institute is currently planning to move from a diploma level to granting associate degrees, and preparation are underway to obtain needed accreditation from the National Commissioner on Higher Education in order to offer training to members of the public.

â€œWe can gladly say that [the Forestry Training Institute] had completed 85 percent of the recommendation made by the National Commission on Higher Education following its application for accreditation. It is anticipated that the balance 15 percent will be completed before July 2020, thus qualifying FTI for an associate degree program,â€ he said.

The managing director of the Forestry Development Authority, Mike Doryen, also spoke at the ceremony and promised his agencyâ€™s support in creating new opportunities to absorb the new forest technicians into the sector.

As more young Liberians leave high school, the challenge of employment and employability will increase. But the FDA is looking to expanding its capacity to absorb these graduates, as well as lobbying with partner organizations and government agencies involved in the sector to help accommodate new graduates.

But despite Doryenâ€™s commitment of support, serious financial challenges still remain at the FDA in terms of getting its allotment through the budget process. According to Doryen, all of the agencyâ€™s allotments have not yet been made available.

A significant amount of support for the instituteâ€™s training has also come from the Swedish government, which has now committed to a five-year program to enhance the instituteâ€™s capacity to train more forest technicians.

Speaking during the ceremony, the FDA boss also called on all Liberians to help protect the forest by avoiding dangerous and unlawful activities. He warned those involved in hunting protected wildlife to desist or risk serious penalties.

The Forestry Training Institute was established in 1976 and has produced hundreds of mid-level forestry technicians for Liberia and neighboring countries within the Mano River Union subregion.