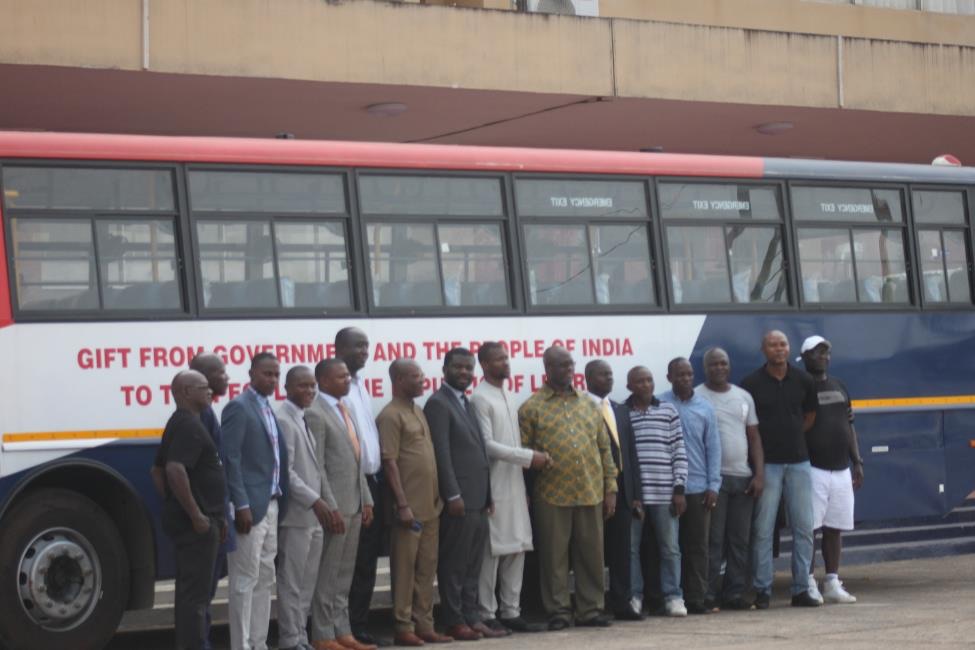 PAYNESVILLE, Montserrado â€“ The Ministry of Youth and Sports has donated a 61-seater bus to the Liberia Football Association to be used by the national football teams.

At the ceremony which was held on Wednesday, February 5 at the Samuel Kanyon Doe Sports Complex in Paynesville, the National Transit Authority deputy managing director for administration, Myer Beteah, said he was instructed by President George Weah to present a bus to the Sports Ministry for onward submission to the LFA. Beteah further said that the 61-seater bus was a clear manifestation of the governmentâ€™s goodwill to sports.

â€œFor over 14 years, Liberians have been yearning for good governance. Today, President Weah has demonstrated to the people of Liberia that he came as a blessing,” he said.

Speaking during the turnover ceremony, the minister of youth and sports, D. Zeogar Wilson, said the presentation shows the governmentâ€™s willingness to improve sports. Wilson then praised LFA President Mustapha Raji for transforming football in Liberia.

â€œYou may all be aware that the Liberia Football Association, under the leadership of Mr. Mustapha Raji and his co-officers, have brought transformation to football in Liberia,â€ he said.

â€œI canâ€™t tell the last time a female team of our country participated in a competition and to at least qualify and eliminate other countries. Today, we are witnesses to that. Our under-17 [team] has qualified to the next round of the [2020] FIFA U17 World qualifiers to meet Ghana. Our U20 also qualified against Guinea on a 7-5 aggregate, and they will be playing against Cameroon, and our senior [male] national team is preparing for its [World Cup qualifiers] competition in October.â€

Wilson said the president was trying his best to ensure that the government supports the Liberia Football Association. Raji, in turn, thanked President Weah for the donation. Raji believes the donation is just the beginning of more good things to come.

â€œWe are going to utilize the bus to our best and for service to our various national teams, and if possible to other clubs, because transportation is a huge challenge for our games today in the country and the movement of our teams to other venues,â€ he said.

â€œWe look forward to the ministry and government to provide more buses because of today, our teams that participate in the league face a lot of challenges going to Buchanan and Sanniquellie.â€

The bus is one of 45 buses donated to Liberia by the Indian government.
Featured photo by T. Kla Wesley Jr.