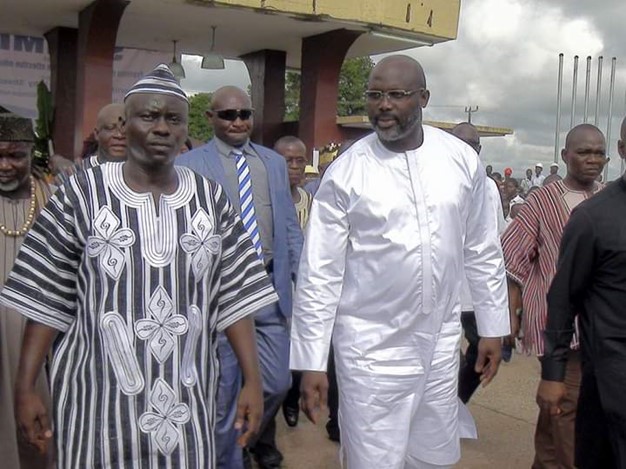 KAKATA, Margibi – Pres. George Weah is expected to continue his country tour, with a visit to Margibi expected today.

According to an itinerary distributed by the Ministry of Internal Affairs, the president’s two-day visit to Margibi will begin at the Du River bridge, which separates Margibi and Montserrado. During this third leg of his tour, Weah is expected to hold town hall meetings with local and traditional leaders, youth and women groups, district representatives, and senators.

During these meetings, the minister of Internal Affairs and the superintendent of Margibi will deliver a progress report on the county’s situation.

With an unfavorable economy accompanied by a slow pace of growth and development, many Marigbians are hoping that the president will address these issues. In interviews with a selection of citizens across the county, they presented a variety of expectations.

“President Weah has a very huge task in keeping the relationship with the people of Margibi County, owing to the fact that they rejected their own son’s vice presidential bid in 2017 to elect President Weah,” said Friday Crusor, head of the National Civil Society Council of Liberia in Margibi. He referred to the Margibian Emmanuel Nuquay, who appeared on the Unity Party’s ticket under Joseph Boakai.

Francis Cooper, chairman of the People’s Unification Party in Margibi, said he hoped the Kakata Streets pavement project that the president announced in 2018 would finally come to fruition because of the president’s visit.

Cooper also called for the Booker Washington Institute to be elevated to the level of a technical college.

At the same time, Eddie Murphy, former mayor of Kakata, told reporters that he expects farm-to-market road connectivity to be prioritized.

“Connecting Gibi District to the rest of the county will ease the burden on the people, especially in getting their farm produces to the market,” Murphy noted.

A recent University of Liberia graduate also expressed hope that the president would address the need to make local and international scholarships available to enhance youth capacity development.

Meanwhile, Margibians are still hopeful that President’s Weah led government will deliver on his promises owing to the overwhelming support the Coalition for Democratic Change (CDC) received during the 2017 general and presidential elections in the County.