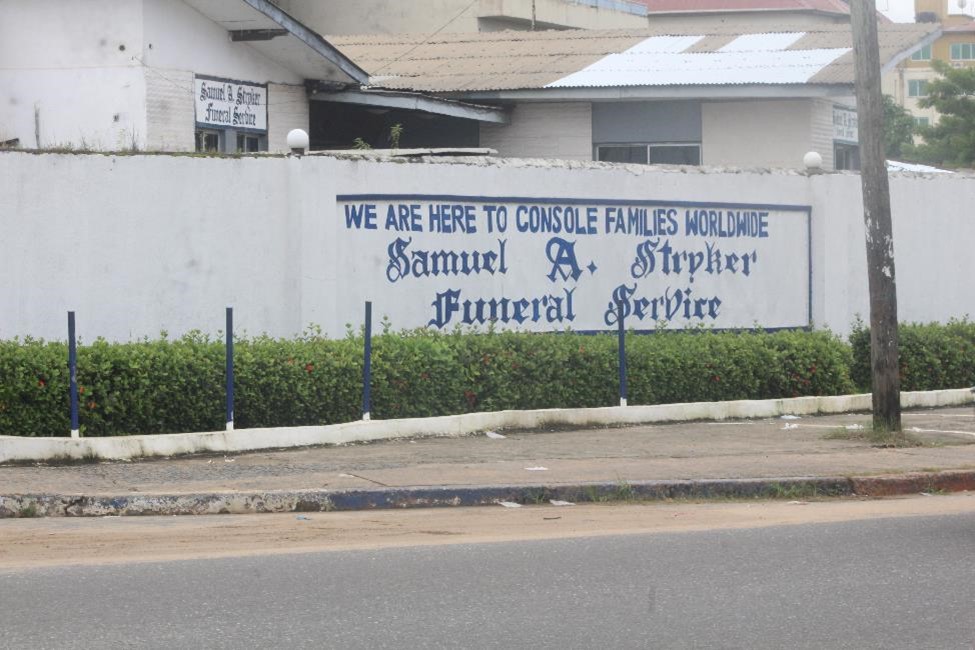 MONROVIA, Montserrado – On Thursday, July 1, a joint security team shut down the Samuel Stryker Funeral Home for violating COVID-19 health protocols when it held an event that exceeded the maximum limit for attendees.

The Sinkor funeral parlor is one of the country’s leading funeral homes, often patronized by the elites of society. The move to shut the institution down signifies that authorities want to show they are serious about enforcing health protocols.

According to a statement signed by police spokesperson Moses Carter, a team comprising of officers from the Liberia National Police, Armed Forces of Liberia, Liberia Immigration Service, Liberia Drug Enforcement Agency, National Security Agency, and Emergency Protection Service were on routine patrol when members observed that the funeral home was conducting a service with over 50 persons in attendance.

“Such gathering violates the government’s 20-person mandate for those converging in public places, including funeral homes,” Carter said. “The funeral home will remain closed to the public until a fine of US$200 is paid in government’s revenue.”

Carter emphasized that authorities are working to fully implement COVID-19 health restrictions announced by the Health Ministry in June to control a rising third wave of the pandemic.

He urged all school administrators, religious leaders, motorists, passengers, and pedestrians to take the health measures, warning that “the Joint Security will remain robust in ensuring compliance of the health protocols.”

The government has been making a stronger effort to enforce this round of health protocols than during earlier waves of the pandemic. New cases within the past week were more than six times higher than at any other peak since the pandemic in Liberia. There are now 2,320 active cases, with 134 deaths. However, compliance remains an issue, especially in markets and across transportation services.

Protocols announced by the health minister dictate that taxis should only carry three persons in the back and one in the front, while tricycle drivers should carry a maximum of two passengers in the back. However, some drivers were seen violating the mandate, with tricycle drivers were carrying three to four passengers with none wearing masks. Sometimes, these violations were observed near the presence of police officers, who did not intervene. 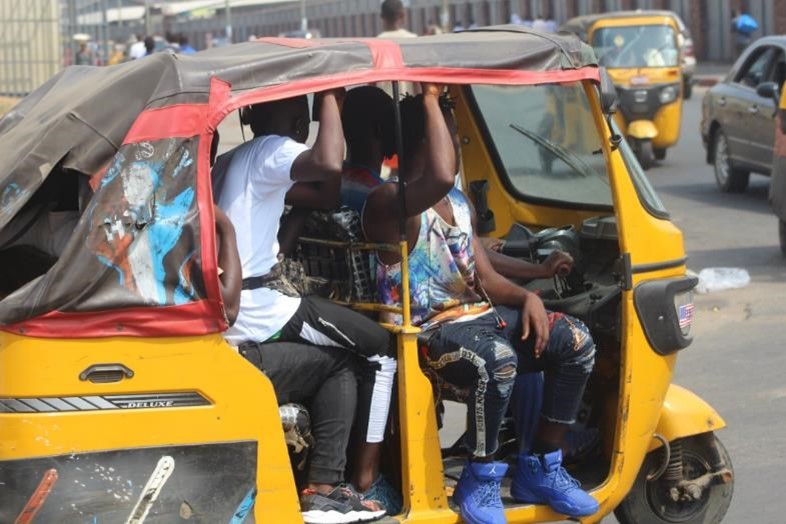 Passengers crowd into a tricycle in Monrovia in apparent violation of health protocols. Photo: Zeze Ballah

Despite the restrictions on gatherings of more than 20 persons, learning institutions still allow their students to attend lectures in much larger numbers. The Ministry of Education has directed schools to cancel social programs and institute mask-wearing and regular handwashing.