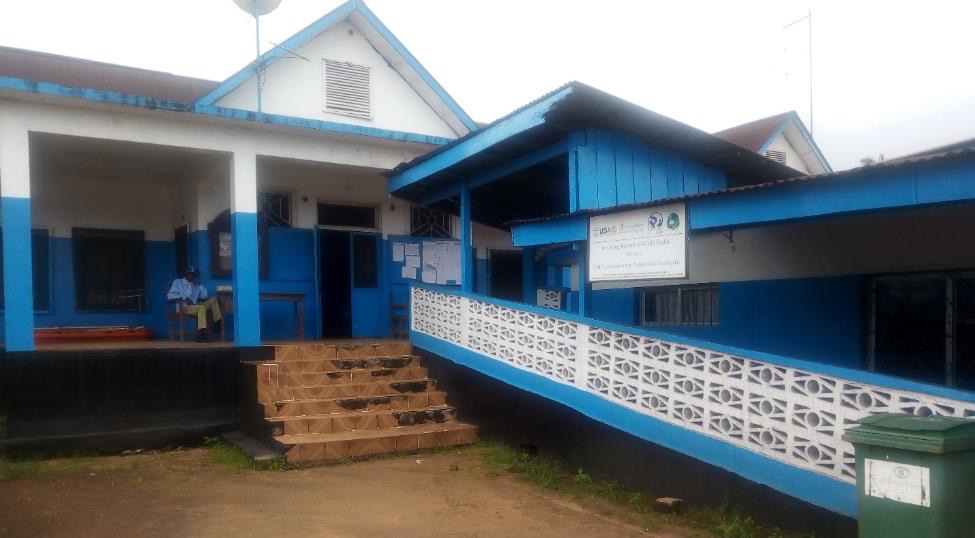 BUCHANAN, Grand Bassa â€“ Two years after Grand Bassaâ€™s public referral hospital was gutted by a fire that shut down many of its departments, the Liberian Government Hospital in Buchanan has fully reopened to the public.

The hospital suffered from fire twice â€“ in March and April of 2018. As a result, many patients could no longer receive basic and effective medical services at the facility.

The Ministry of Health and the countyâ€™s government had provided generators to restore electricity at the hospital, but after tests, authorities noticed that the entire hospital needed to be rewired.

Mining giant ArcelorMittal immediately made a section of their private hospital available for us by the government hospital. The original public hospital on Kilby Street was only providing outpatient care, while the ArcelorMittal site dealt with emergency services and inpatient care.

At the reopening program this past weekend, the medical director of the Liberian Government Hospital, Abraham Jawara, explained that he assumed the position at the hospital amid multiple challenges ranging from a dilapidated structure to a lack of supplies and essential drugs.

Jawara said operating from two facilities made running the hospital difficult, and they continue to negotiate with the central government to renovate the entire hospital. 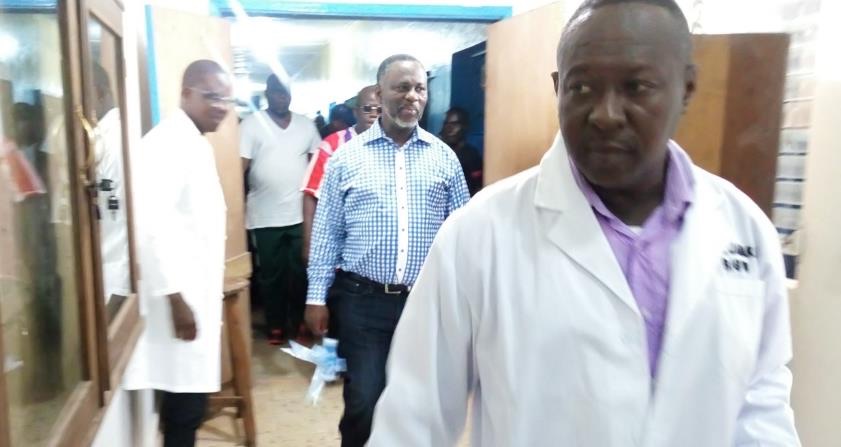 In February 2019, after calls by citizens and county authorities, President George Weah set up a team headed by the minister of state and the National Port Authorityâ€™s managing director, Bill Twehway, to examine the situation. The team toured the hospital and provided US$50,000 for its renovation, US$1,500 for fuel, and two motorbikes. Jawara narrated that a second US$50,000 was later provided.

â€œAn appreciable amount of work has been done which behoove us to fast strike the opening of this hospital. We want to use this opportunity to applaud the government and the management of NPA for such a magnanimous gesture.â€

Jawara said although the renovation is not complete yet, a significant amount of the hospitalâ€™s renovation has been completed. Additionally, he said ArcelorMittal had notified him that he needed to vacate the mining giantâ€™s private hospital, as it was also due for a renovation.

â€œThis condition deepens our problem,â€ he said. â€œAt that juncture, we have no option, but to shut down on medical and surgical emergencies.â€

Jawara noted that ordinary citizens were trying to help the hospital, and they had raised over L$1,000,000 (US$4,739) and US$500. The medical doctor called for the government to do more to support the hospital: â€œMr. Nathaniel McGill, I am pleased to inform you that the hospital stands ready more than ever before for the full resumption and provision of all of the services rendered by this hospital. Let me state unequivocally that what remains a challenge is the inadequate and untimely allotment to this hospital.â€

Jawara said the hospital caters to over 272,000 persons living in River Cess, Sinoe, and parts of Margibi. â€œAn annual allotment of US$200,000 is grossly inadequate to effectively run this referral hospital,â€ he added.

He further drew attention to the lack of functional vehicles at the hospital, noting that he rides a motorcycle to move around. He said one of the damaged ambulances has been repaired and is ready to serve, but he called on NGOs and humanitarians to assist with additional ambulances and medical supplies.

McGill, who represented the president, thanked health authorities, the county leadership, and the citizens for organizing a committee to support the hospital.

He presented US$20,000 worth of drugs and medical supplies to the hospital and instructed the finance minister to provide a vehicle to the hospital for use by the medical director.

McGill said the government is doing everything possible for all health facilities across the country to receive their full allotments on time. 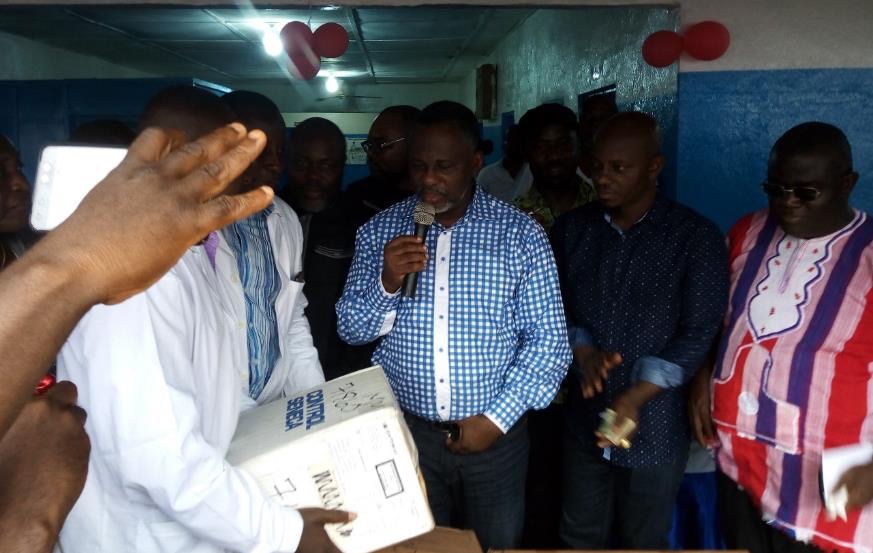 The foreign affairs minister, Findley, also presented 75 medical beds and L$1,000,000 (US$4,739) to the hospital to help buy fuel and other medical supplies.

Finance Minister Samuel Tweah said the government had now passed a realistic US$526 million budget that will see all of the sectors receiving their allotments on time and in full and make it less likely that the government would suffer from a budget shortfall.

He said the Ministry of Health had presented a budget of US$11 million for drugs, but the government reduced it to US$6 million.

â€œThis is the highest allotment of drugs in the history of this country for drugs alone,â€ Tweah said. â€œThe problem is that when the drugs come, does it stay there? I am worried about that.â€

He called on the Ministry of Health to institute monitoring mechanisms to monitor all government drugs so that the needy can benefit adequately.