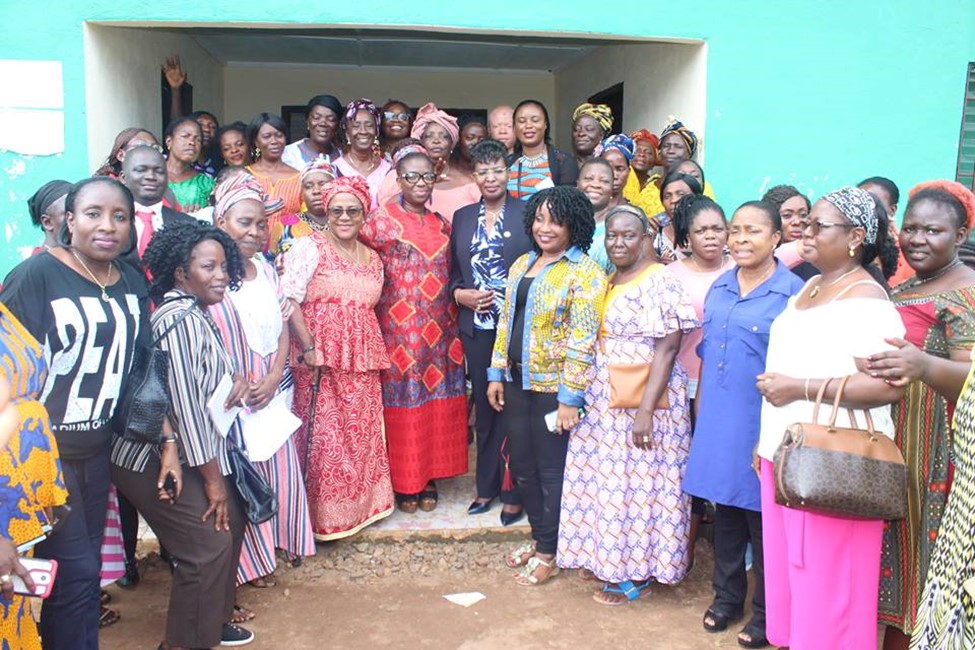 TUBMANBURG, Bomi â€“ Liberian women are calling for more inclusion in government at the end of a series of meetings aimed at strengthening womenâ€™s engagement, enhanced information dissemination, and partnership.

The call for more womenâ€™s participation was among several recommendations presented to the government through the Ministry of Gender, Children and Social Protection. The forum was organized by the Ministry of Gender in collaboration with the Women Legislative Caucus of Liberia and civil society organizations.

It brought together women from rural communities and women groups from across the country. The main objective of the dialogue was to build partnership, solidarity and strategically engage other women in mobilizing for inclusive participation in national, subnational, local politics and development priorities.

During the three-day dialogue, the women discussed current priorities under the National Women Agenda and gender-responsive legislation, some of which are yet to be passed by the National Legislature.

Some of the legislation include the Affirmative Action Bill and the Domestic Violence Bill.

Other issues discussed included the attempted amendment of the Rape Law, land rights for women, the Local Governance Act, the Legal Aid Law, and the National Gender Policy and Action Plan.

Making remarks at the close of the dialogue, U.N. Womenâ€™s country director Marie Goreth Nizigama commended the government for creating a forum that provided an opportunity for women from different sectors to discuss the Liberia womenâ€™s agenda.

â€œU.N. Women will give more priorities to women issues by working with the government to solve those issues,â€ Nizigama said.

â€œWe are working towards involving more women in politics, and that my organization â€“ U.N. Women â€“ will continue to support women and other partners in solving issues of Liberian women,â€ she added.

In the short term, the women called for the enactment of the Domestic Violence Act. They also asked that budgetary allocations be made to carry out awareness campaigns on the dangers of rape. They called for the government to address the economic empowerment of women at every level and increase female participation in the security sector.

â€œGovernment must ensure that 50 percent of women are appointed into government positions as promised by His Excellency,â€ the women also advanced in their recommendations.

In the long term, the women recommended that funding be provided to curb violence against women, girls, and children. Additionally, they asked that steps be taken to eliminate constitutional barriers preventing womenâ€™s participation in leadership roles.

â€œ[The] government must establish programs that promote womenâ€™s peace and security under [U.N. Resolution] 1325 and [the] Beijing platform, and also support women-friendly laws,â€ the women of Liberia further recommended.

They called for better monitoring of the education system to protect women and girls, as well as the strengthening of the justice system to better tackle corruption.

Meanwhile, Saydee-Tarr, the gender minister, praised the women for their efforts but encouraged them to continue working in collaboration with her ministry to ensure that a steadfast commitment is realized. She also called on them to push forward and support one another. According to her, the government alone cannot find a remedy to the issues that plague the women of Liberia.

â€œI want to express my profound gratitude to all of you participants for your patience in deliberating on issues that affect women. I promise the participants that all recommendations made will be taken into consideration,â€ the minister noted.