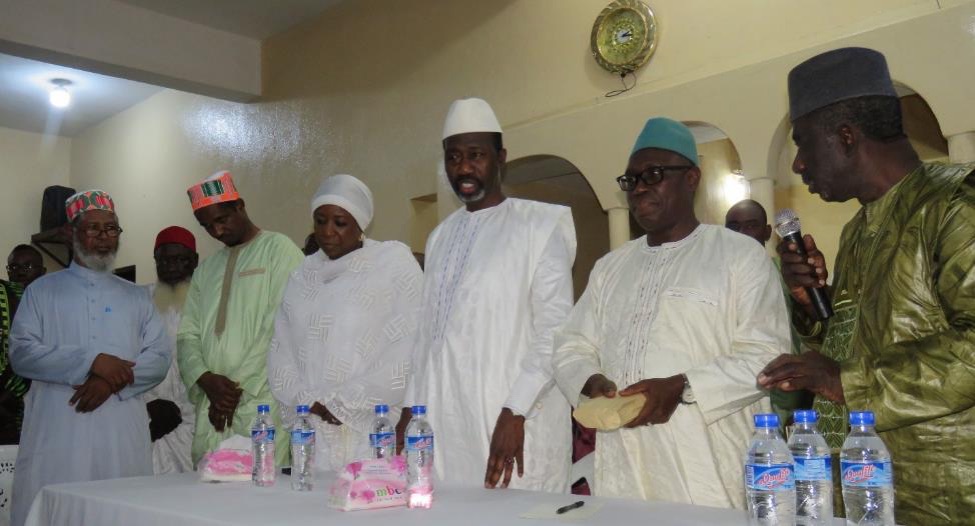 MONROVIA, Montserrado – A delegation of three from the Republic of Guinea is in the country to sympathize with the government and families of the 26 young Muslim scholars and their teacher who died in a recent fire disaster in Paynesville.

According to a police report, most of the victims were children. They were asleep when the fire from unknown source gutted the building of the Quranic boarding school they were sleeping.

The Internal Affairs Ministry disclosed in a release that the delegation, headed by Guinea’s head of religious affairs, Alahaji Jamel Bangura, arrived in the country on Saturday, September 28. The other members of the delegation were Guinea’s minister of cooperation and African integration, Jenneh Keita, and the country’s youth and empowerment minister, Mouctar Jalloh.

According to the release, Bangura presented US$30,000 in cash on behalf of his country to the minister of internal affairs, Varney Sirleaf, for the bereaved families. Sirleaf later delivered the amount to the leadership of the 17th Street Mosque to present to the families.

“Each of the 27 fire victim families will receive the amount of US$1,000 each while the two survivors currently hospitalized at the JFK Medical Center will also receive US$1,000 each and the balance US$1,000 will go to the leadership of the mosque,” the release said.

According to the delegation, Guinea’s President Alpha Conde, upon hearing of the fire disaster, informed the Muslim community in Liberia about its decision to dispatch a team to express his condolences.

“Condé would love to be here in Liberia to sympathize with the government and people but his engagements at the U.N. General Assembly could not afford him the chance,” the ministry also wrote in the release.

It said Conde extends his condolence to President George Weah and the Muslim community, as well as the country’s entire population for the tragic incident.

While on their visit, members of the Guinean delegation paid a courtesy call to Nathaniel McGill, minister of state. They also visited the site of the fire incident in Paynesville and the two survivors of the incident currently hospitalized at the John F. Kennedy Hospital.

The internal affairs minister thanked the Guinean delegation and the government and people of Guinea for their compassion. He said Conde’s decision to dispatch a delegation to Liberia was a reflection of true leadership and the existing friendship between the two countries.

“The fire incidence should not stop muslims from educating their children,” he was also quoted in the release.

Guinea’s ambassador to Liberia, Abdoulaye Dore, said the Muslim community is patiently waiting on the outcome of the investigation to establish the cause fire. Dore called on Muslims to exercise restraint in these times of mourning.

On Monday, the Liberia National Fire Service has already announced that the fire was caused by “electrical shock.”