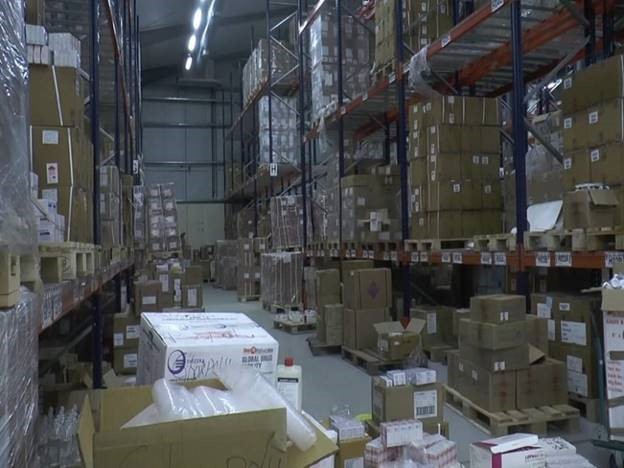 MONROVIA, Montserrado —The Ministry of Health has received a US$1.7 million consignment of essential medicines from USAID aimed at supporting the health sector.

The medical supplies were procured by USAID under an arrangement to help the ministry access critically needed medicines and health commodities.

According to a press release from the Health Ministry, two other consignments are expected to arrive in Monrovia by the end of September through USAID’s support.

Receiving the medical supplies on behalf of the government Health Minister Wilhelmina Jallah acknowledged the outstanding support the U.S. government has given to the health sector since the inception of President George Weah’s government.

According to Dr. Jallah, the evidence of this was the support the U.S. was providing to Liberia when it was fighting a deadly Coronavirus pandemic that was still not yet under control in the U.S.

She pledged the ministry’s commitment to equitably distribute the drugs to the various government-owned health facilities across the country.

“We all worked tirelessly together to ensure that this can be a success. Now, we hope and pray that, as we receive these drugs, they will be distributed properly for the common good of the Liberian people”, she assured.

In a brief statement, Boakai Boley, managing director of the Central Medical Store, which is responsible for the distribution of medical supplies to health facilities, vowed that distribution would begin “shortly.”

“This is not your first time aiding us,” he said on a videoconferencing call. “Some months back, I can remember you donated trucks to help enhance the distribution of drugs.”

While ceremoniously turning over the supplies to the health minister, the U.S. Embassy’s Chargé d’Affaires, Alyson Grunder, said the U.S. government is committed to helping Liberia create a “well-functioning health delivery system that provides all Liberians access to quality health services, including safe, effective, and affordable medicines.”

Meanwhile, UNICEF, with support from the World Bank, has also begun a nationwide distribution of essential medical supplies, worth over US$236,000. The distribution, which began on July 23 in Nimba and Lofa, comes as part of an agreement between the Ministry of Health and the World Bank.

A July 24 press release from the Ministry of Health said Grand Bassa, River Cess, Sinoe, and Grand Gedeh would receive their supplies next, followed by River Gee, Grand Kru, and Maryland. The next batch of supplies would go to Bong, Margibi, Bomi, Grand Cape Mount, and Gbarpolu. The process is expected to end with Montserrado.

“UNICEF procured the drugs and medical equipment through an arrangement with the World Bank to help boost the fight against COVID 19,” the press release said.

In response, Health Minister Wilhelmina Jallah thanked the World Bank for the donation and called on others, including diaspora Liberians, to follow suit. The latest ventilator means Liberia now has 24 ventilators, a key tool in treating critical COVID-19 cases.

Featured photo courtesy of the Ministry of Health

Sharing
Tags Ministry of Health, UNICEF, USAID
Contributions to The Bush Chicken are not tax deductible.