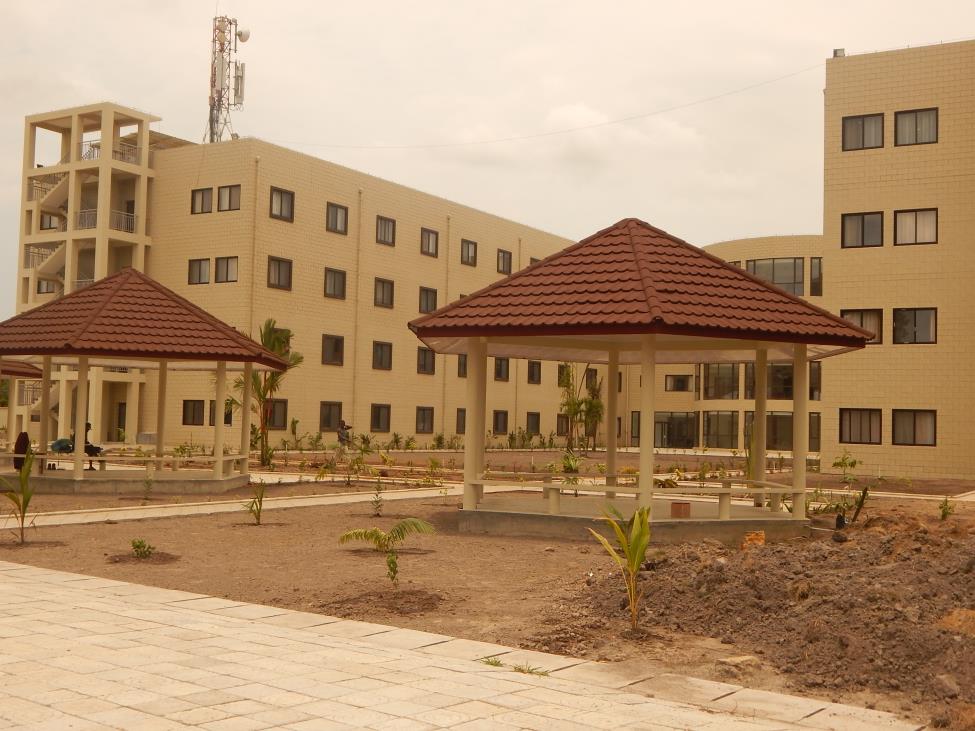 HARBEL, Margibi â€“ For the first time ever, the area around Roberts International Airport will include an international hotel that will provide lodging and leisure services to travelers, business executives and other patrons of the airport.

This comes as the formal opening of the Farmington Hotel is expected to take place next month.

The hotel is a US$20 million investment located by the Farmington River and less than 100 meters directly opposite the airport. With its features, the hotel could also provide a beautiful view for tourism.

It is owned by Liberia-based AJA Group and its partnersÂ and will be operated by CambellGray Hotels, a renowned high-end hotel group from the UK, which operates iconic properties including the Phoenicia in Malta, One Aldwych in London and Le Gray in Beirut.

According to its general manager, Ronald Stilting, the hotel will boast the largest professionally operated conference center in the country, which will accommodate more than 500 participants at a time. Stilting said the hotel will begin full operation early next month with the hosting of the ECOWAS Summit and a number of other international meetings and conferences.

He said he is pleased to return to Liberia and is determined to contribute to its development beyond opening and operating a hotel.

â€œThe task ahead is a big challenge, but delivering high standard services is definitely possible,â€ he said. â€œLiberian people have great potential with very friendly and positive character.â€

The buildingâ€™s appeal will extend beyond its conference rooms.

â€œDelicious food can be enjoyed in the Mediterranean restaurant, the specialty Japanese restaurant or a light meal snack or drink at the lounge bar and poolside Garden bar,â€ Stilting said. Partial back view of the Farmington Hotel. Photo: Gbatemah Senah

He said the hotel will mainly focus on leisure, and guests will be able to relax in beautiful large gardens along the Farmington River and cool down or work out in three swimming pools.

â€œFrom the riverside sun-decks, they can also use boats to enjoy water sports on the river and explore Liberian nature,â€ he said. â€œThe sports fans can play beach volleyball and soccer on our beach, as well as tennis and basketball.â€

He said guests at the hotel can also work out in the gym or enjoy various wellness and beauty treatments in the spa, adding that a childrenâ€™s playground and pool will cater to families.

With a strong focus on tourism, Stilting said the hotel will, at the same time, offer tours to various interesting sites and cooperate with other services to boost the countryâ€™s tourism.

â€œBoat tours on the river and nearby lagoons will be offered to explore Liberian nature, and sports enthusiasts can golf on the golf course or play tennis at nearby Firestone,â€ he added. â€œA botanical garden showing typical fruits and crops often unknown to visitors will be integrated in the large grounds to show the diversity of Liberiaâ€™s natureâ€. The Farmington Hotel manager told The Bush Chicken in an interview that a four-week service training for staff will commence Friday as part of preparations for full operations.

With an initial operational staff of nearly 300, he said 95 percent of those recruited to work at the hotel are Liberians.

He said despite a desperate search for quality Liberians to fill in first-line managerial positions, no one was available.

â€œI have desperately looked for experienced a front office manager, food and beverage manager, financial comptroller, and so on who have the experience in international hotel business and with international exposure and can work on international standards,â€ he said. â€œUnfortunately, at this stage, there are no people of those capabilities and experience available with Liberian nationalities.â€

Meanwhile, Stilting said the hotel management had to work with Liberian immigration and labor laws to recruit foreign nationals from South Africa, India, Nepal, Rwanda, and the Netherlands. River view at the back of Farmington Hotel. Photo: Gbatemah Senah

However, he said the assistant general manager, the human resource manager, and the sales executives are all Liberian citizens.

As a long term investment plan, he said the management will train Liberians who are willing to be developed in order to fill in positions that are currently being occupied by foreign nationals.

â€œI am even happy that we are employing several people that I met seven years ago when I opened the Kendeja resort. Several of them who I met as bartenders are now going to be employed as supervisors,â€ Stilting added. â€œSo we have a very, very clear and strong philosophy towards theÂ development of our staff. That is why we have a training room that we can continue training in and people will be getting individual courtship because we want to bring people on higher levels.â€

He said the staff, however, must perform as there would not be unmerited promotions.

â€œI donâ€™t mind if, in two tears time, three-quarters of the management team members are Liberians, but you have to be aware that this is a for-profit organization so we will have to deliver on international standards, so if it is required that we bring in some experts to raise the levels of the Liberians to be trained, then we need to do so, but we canâ€™t take the risk,â€ he said.

The operations of the resort will not only provide employment for LiberiansÂ but also boost other businesses and increase farmersâ€™ income and productivity.

Stilting said the hotel management is currently in talks with local Liberian farmers through the USAID-sponsored Liberia Agribusiness Development Activity to increase their produce to meet the hotelâ€™s demand.

He said the resort will become strongly involved in capacity-building through a hotel school to develop talents in various disciplines that will benefit the development of the countryâ€™s hospitality and economy.

â€œThe hotel will have its own kitchen garden to grow its own herbs and vegetables, but will also initiate and support the development of agricultural projects,â€ he said. â€œIt will link to NGOs, etc., to provide income for many and help the Liberian economy to become less dependent on imports.â€