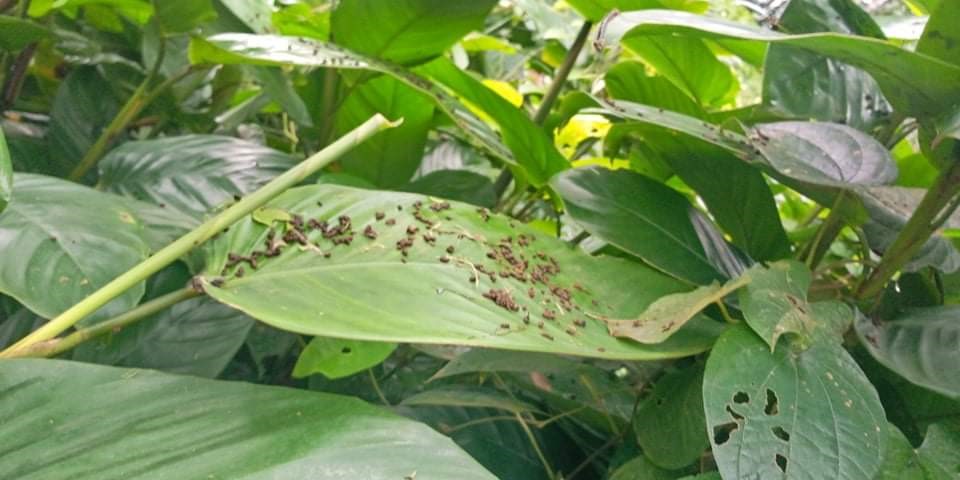 SANNIQUELLIE, Nimba – After a pest invasion that damaged crops in Gbein Fela, the Ministry of Agriculture is encouraging farmers in Nimba to begin employing traditional methods to combat plant-eating pests that invade their communities and destroy their farms.

Some of the methods being promoted include the smoking of Dahoma trees once every four months. The ministry notes that research has shown that the trees are hosts to most of these pests. Another method being promoted is the regular cleaning of communities to ensure sanitary conditions, as garbage piles can attract pests into homes and dwelling places.

During a media briefing following an assessment tour in Gbein Fela, Aloysius Sam Garmonyo, an entomologist from the ministry, said the cultural methods of pest control are preferable to the spraying of chemicals. Unlike the traditional methods, Garmonyo said spraying chemicals could pose a serious environmental effect for humans, plants, and water bodies.

Commenting on the pest invasion in Gbein Fela, Aloysius said the insects caused significant damage to farms in the area, but heavy rains had driven the insects away before the Ministry of Agriculture could intervene. He warned, however, that the infestation could resurface in other nearby communities if preventative measures are not taken.

He directed farmers to use traditional methods of controlling pests to prevent a reoccurrence.

“We want farmers to start using cultural practices to prevent pest invasion in their communities because there is a saying that prevention is better than cure,” he said.  “We are encouraging our farmers and community dwellers to clean the grasses at least ten meters away from their homes. With this, the pests would not be able to crawl on the bare ground to enter their homes when the grasses are cleaned.”

Garmonyou pledged the government’s commitment to combating crop diseases and other pests that can depreciate yields for farmers.