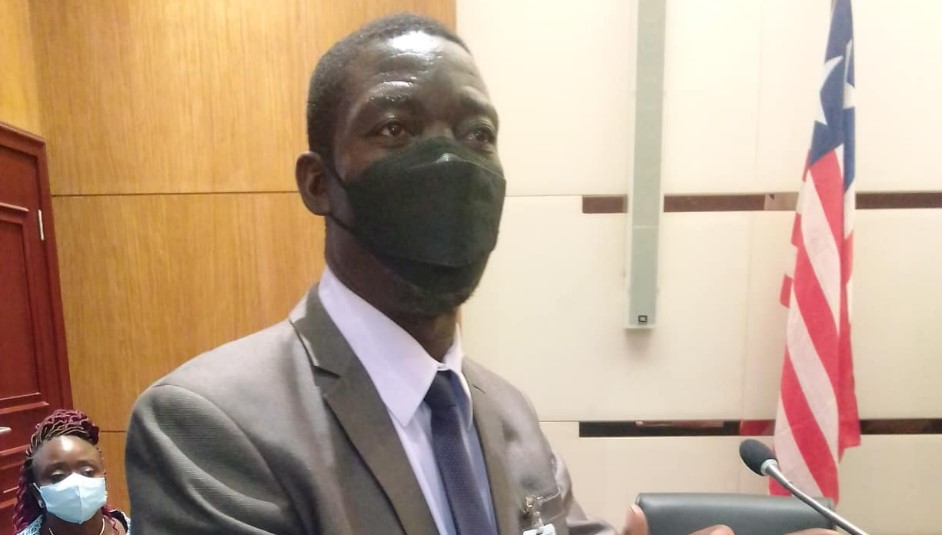 MONROVIA, Montserrado – In response to accusations that hospital staff may have played a role in the distribution of a photo of the late Rep. Jay Nagbe Sloh on his deathbed, administrators at the John F. Kennedy Memorial Medical Center are blaming family members for the incident.

Lawmakers had summoned the hospital administration to account for photos distributed on social media of the late Sinoe representative, who died on June 30 at the hospital. Appearing before lawmakers on July 6, Gifty Bernard, the nurse on duty when Sloh was taken to the facility, said she noticed George Sloh, who claimed to be the son of the lawmaker, taking photos during a visit.

“I heard the sound of him taking photos. So I turned around to him and told him to delete the photo because it was not allowed in the hospital,” the nurse said.

“And I think he deleted it because if he had not deleted that identical photo, I was going to be in the photo because I was attending to the representative when he took the photo.”

Bernard suggested that the younger Sloh may have taken another photo when she or other nurses left the room.

“On several occasions, relatives were left alone with the lawmaker in the room while nurses went to get medication to treat him,” she noted.

“Perhaps it was on one of the occasions that they managed to photograph the lawmaker and share on social media.”

The House took the decision to cite the hospital’s administrators based on a request from Grand Bassa’s fourth district representative, Thomas Goshua. Goshua said the photograph of Sloh that was circulated on social media was “gross disrespect” to his colleague and was accompanies by denigrating comments.

JFK’s chief medical officer, Dr. Jerry Brown, apologized to lawmakers for the photos being leaked and promised to launch an internal investigation to determine what could have been done to prevent such incidents from happening again.

Another administrator, Dina Koffa, who happens to be the wife of Rep. J. Fonati Koffa of Grand Kru’s second district, emphasized the rules the hospital has for its staff and visitors.

“We have strict confidentiality and privacy rules at our facility that prohibits photographing,” she said. “We also stop relatives from seeing patients when it is not the time for visitation.”

However, the deputy administrator said Rep. Sloh’s condition was so grave that she ordered nurses to allow any relative to enter the Intensive Care Unit – including members of the House of Representatives.

Meanwhile, Montserrado’s fourth district lawmaker, Rep. Rustonlyn Suacoco Dennis, blamed the management for its negligence in treating Sloh and said administrators could discourage lawmakers and other government officials from seeking treatment at the facility.