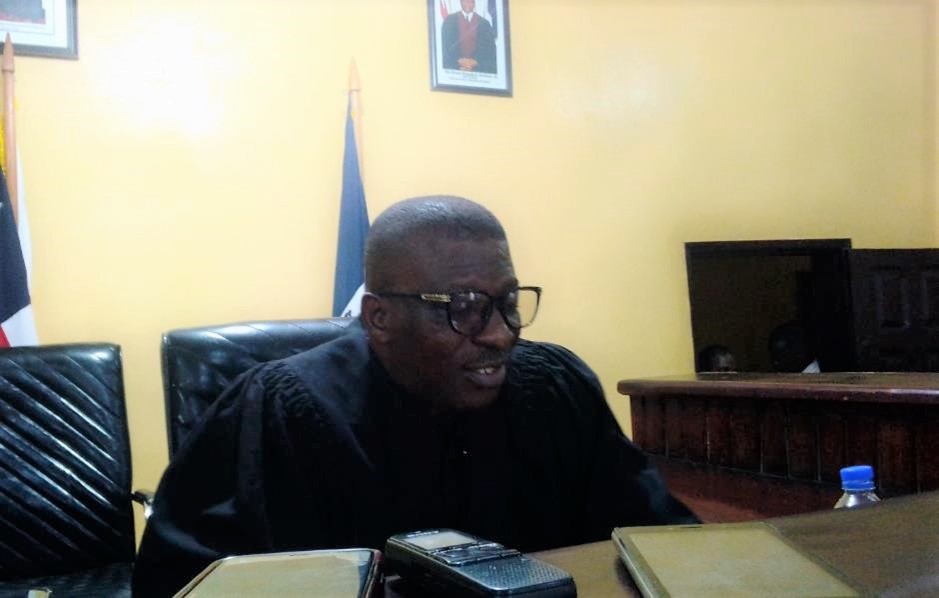 TUBMANBURG, Bomi – Kennedy Peabody, the newly assigned judge at the 11th Judicial Circuit Court in Tubmanburg, has called for full participation and better coordination among stakeholders of Bomi, to efficiently and effectively deliver justice, through the court.

Peabody, speaking on February 9 at the opening of the February Term of Court in Tubmanburg, reminded stakeholders of their roles and encouraged them to work effectively to ensure that justice is dispensed impartially.

“Coordination and participation of stakeholders in the administration of justice are very important if efficiency, speedy dispensation of justice, and fairness are desire,” he said.

“Let me call on all stakeholders to participate in the operation and dispensation of justice, to [effectively] work together to achieve a common goal and to ensure that justice is not only done but seen to be done.”

He encouraged justice actors to be professional and ethical in the discharge of their duties to ensure the speedy dispensation of justice, reduce congestion in the court’s prison, and ensure that inmates and be tried speedily.

Referencing the situation of prisoners’ welfare, the judge encouraged all stakeholders to regularly monitor the prison and ensure that it is conducive for living.

“Have we considered for a moment that those that are affected are citizens?” he asked. “Have any of us here visited the prison facilities as a stakeholder to ensure that the place is adequate and conducive for human beings, [or] do we sit and say it is the responsibility of the government and the judiciary when our brothers and sisters have no mattresses to sleep on and no food to eat? This is where coordination and participation [is] needed.”

In response, the county attorney assigned in Bomi, Pato Jabbah, praised Peabody for his charge to the judicial staff and promised to cooperate with other stakeholders to ensure that all citizens had access to the justice system.

“We will do all in our ways as we collaborate with the city solicitor [and] magistrate to reduce the crowdedness of the prison. We will, as well, visit the [prison] facility to know the wellbeing of the inmates,” Jabbah said.

He promised to work to decongest the already overcrowded prison facility and promote the facilitation of speedy trials.

For his part, the county inspector, Edwin Goll, frowned on local chiefs who he said frequently heard cases above their jurisdictions. Goll cited the chiefs’ adjudication of cases involving rape and large financial values as a breach of their function.

At the same time, Bomi’s embattled senator-elect, Edwin Snowe, has affirmed the need for his involvement in ensuring that the court freely and effectively operates to ensure justice.

Snowe was announced as the winner of the recent special senatorial election in Bomi but he is yet to be certified by the National Elections Commission due to allegations of electoral malpractices by former speaker Alex Tyler and other candidates who competed against Snowe.

The embattled senator-elect called for judges and court actors to perform their duties void of politics and political influence.