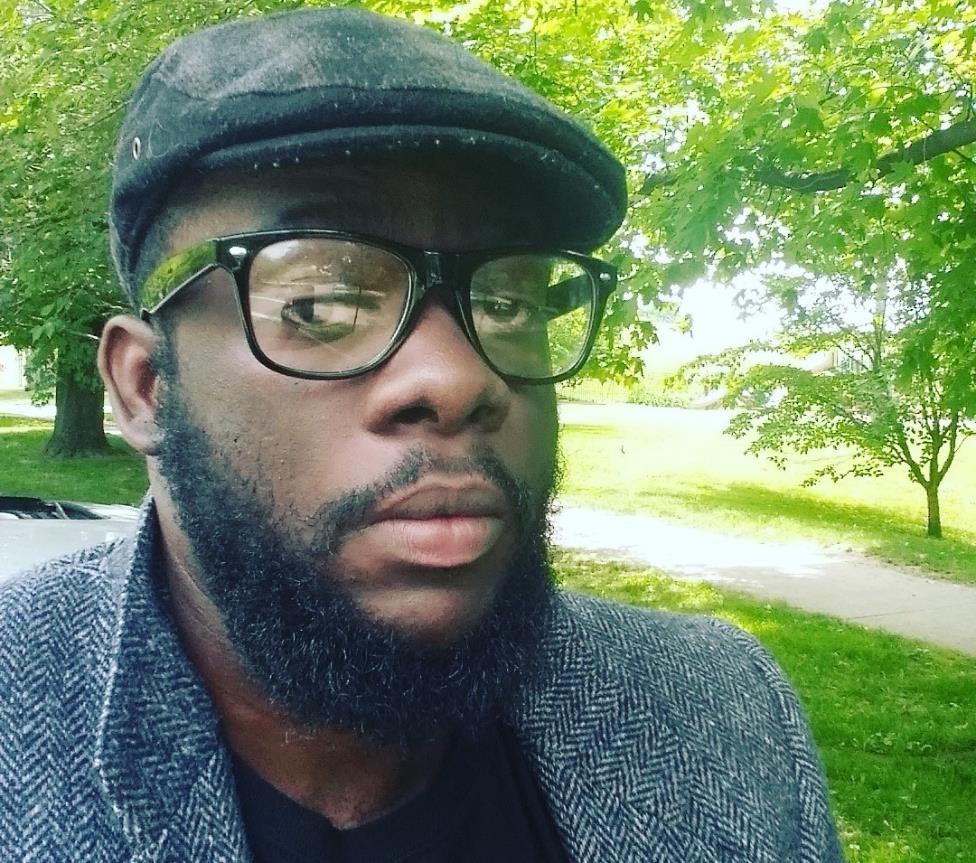 Located in Central Monrovia is the National Museum of Liberia, a shell of a building containing three floors of Liberiaâ€™s history, told through artifacts and artwork. This is aÂ history which, based on the artifacts maintained in this museum, has been dealt a crushing blow.

On display is a hodge-podge collection of dust-coated and haphazardly placed remnants of what once represented Liberiaâ€™s progression as a beacon of light on the continent.

The art and the beauty of what used to be Liberia is greater than what its national museum has to offer so Liberian artists like Chase Walker have used their talent to paint a new and fresh perspective of Liberian culture through his work as an artist, illustrator, and graphic designer.

Walker has quickly blossomed into one of Liberiaâ€™s most accomplished artists, with years under his belt as a political cartoonist for both Front Page Africa and the Daily Observer, and illustrations in several children’s books including ones being used in the education curriculum. Born and raised in Liberia, Chase Walkerâ€™s childhood was like that of so many children who grew up during the 14-year Liberian civil conflict. Escaping as a young boy to a refugee camp, Walker found himself drawn to art as a means to express his feelings and release tension during an impossibly difficult time.

With food and shelter being the primary concerns for Liberian refugees, obtaining paper and pencils to draw with was frankly impossible. As a result, Walker taught himself the fundamentals of art and created beautiful imagery with his fingers in the sand. On the rare occasion Walker had access to paper, an invaluable commodity for someone with his artistic passion, he would carefully fold and cut the sheets into very small squares.

It was on these small pieces of paper that he continued to cultivate his skills as an artist and still to this day, one of his preferred canvases for doodling is, naturally, post-it notes.

â€œWhen someone was coming to Ghana and they asked if we wanted anything brought to the refugee camp, I always asked for paper,” Walker said. “I really got better and better as an artist learning to draw on those small pieces of paper. Through those little pieces of paper, I found happiness.â€

â€œWhen I didnâ€™t have paper I would just be sitting under a tree for hours putting my thoughts into the sand. Thatâ€™s all we had and that kept me going,â€ Walker shared.

Art served as a form of therapy for Walker and helped him to remain hopeful in the midst of impossible circumstances. This therapeutic outlet has had such a profound impact on his life that today he has incorporated art therapy into his work in social services. A young artist with no formal training, Walker is certain that his environment and upbringing shaped his point of view as an artist more than any classroom experience ever could. Itâ€™s the memories of seeing people overcome and make a way that drove him to express himself through his craft so eloquently.

â€œThough I love my graphic design, photography, and acrylics, I will always settle for a pencil and paper first because thatâ€™s where I started from,â€ Walker maintains. His love of art has opened opportunities as a cartoonist, book illustrator, and to help advance social causes personal to him in helping to make beautiful things with meaning.

An example of Walkerâ€™s talent intersecting with his desire to give back to his country can be seen in his childrenâ€™s book illustrations and in particular a project he completed with UNICEF called â€œSaraâ€ which is a story about a character based in Africa who was fighting social change.

In addition to his work aimed at promoting childrenâ€™s literacy, Walker was also recruited to work with an organization that focuses on pre-natal care and information for expectant women in Liberia. Walker said helping to craft the artwork for the literature, Big Belly Business, which was tailored to be understood by Liberian women of all education levels, was very personal and special to him.

Liberian artist Leslie Lumeh has been one of Chase Walkerâ€™s greatest examples of artistic excellence in Liberia as an adult, but as a child, not having the opportunity to be mentored left a void.

Inspiring the next generation of Liberian artists is important to Walker, and he hopes to be able to develop a program to address this in the near future.

â€œWe have to appreciate art for the young people to start appreciating art. Iâ€™ve been thinking about a project where I would volunteer in schools around Liberia that donâ€™t have art instruction and teach art at no cost.â€ Walker said. Once heâ€™s gotten the program off the ground, Walker plans to recruit other artists to expand the reach of the program to more schools and students. As important a role that art plays in the life of Chase Walker, it saddens him to know the condition of the National Museum of Liberia is in such disarray. To change the mindset of Liberians towards art, we have to reach the society, particularly the youth, to teach them the value of art â€“ itâ€™s about creating awareness.

The government, especially the Ministry of Information, Culture, and Tourism, plays a role and certainly Liberiaâ€™s historians do too.

â€œEveryone needs to be engaged in changing the perspective of how Liberia is viewed,” Walker said. “There are things in Liberia people would love to come and see, but we have to let people know what we have to offer.”

At the moment, Walker is working on illustrating a project with an African American author. He is also currently on his way to the Visit Liberia Festival in UK which will be helping to promote art and tourism to Liberia.

Some of Chase Walkerâ€™s art can be seen on his website, and he can also be reached on Instagram.