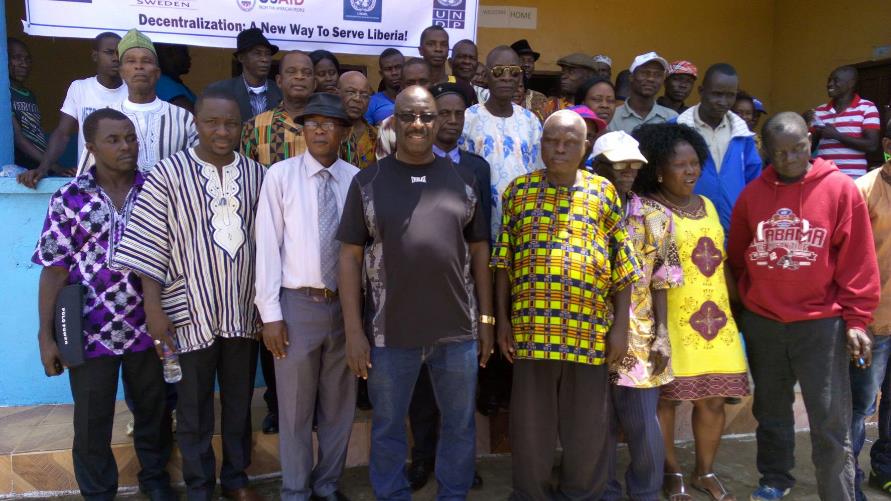 CESTOS, River Cess â€“ For the last six fiscal years, River Cess has not been able to access its County Development Funds mainly due to a misunderstanding between the countyâ€™s legislative caucus and the countyâ€™s administration.

The misunderstanding has resulted in a delay in using those funds for development projects in the county.

Last week was no different as a dialogue scheduled by the Ministry of Internal Affairs with the countyâ€™s leaders brought about no progress. On Tuesday, Oct. 18, hopeful residents saw their hopes dashed as key county officials boycotted the dialogue.

According to Internal Affairs Minister Henrique Tokpa, the two-day dialogue aimed to produce a unified leadership for the county, one that would support sustainable development.

The assistant superintendent for development, Ruth Sawmadal, was the most senior local government official attending the event. She was joined by a few district commissioners.

Amos Zayzay, the deputy minister for research and development planning, noted that both the legislative caucus and the county administration were informed ahead of time.

“We wrote both the caucus and the county administration three weeks ago,” Zayzay said.

“River Cess is the only county, since we started this dialogue across the country that almost all of the officials decided to stay away.”

The secretary of the River Cess Legislative Caucus, Sen. Dallas Gueh, told The Bush Chicken via phone that he was not aware of any communication concerning the dialogue.

“As l speak to you now, l have not received any communication regarding any dialogue,” Gueh said. “So, if you can, ask the minister or the county superintendent to tell you who they sent the communication to, but we are not aware.”

Despite Guehâ€™s denial of having received an invitation about the meeting, the chairman of the legislative caucus, Rep. Alfred Jueh, admitted to receiving a communication inviting the caucus to the dialogue.

“We were informed,â€ Jueh said. â€œThe caucus was informed with sufficient time. At the appropriate time, I will provide clarity why we did not come, but not now.”

Superintendent Matthew Daniels, who was in the county on the first day of the dialogue, left for his farm the second and final day.

Tokpa said he had hoped that at the close of the dialogue, the roles and responsibilities of the various county leaders would have been discussed and clarified. However, in the absence of such conclusion, the Ministry of Internal Affairs would compile a comprehensive report highlighting the actions of the countyâ€™s leaders, along with recommendations for the president.