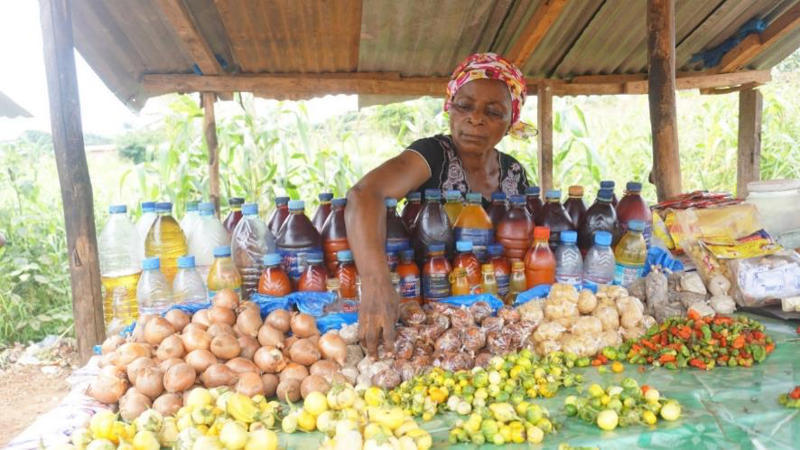 MONROVIA, Montserrado â€“ It is no secret that males dominate the formal sector of business in Liberia.

The much lower literacy rate of women (33 percent) compared to men (62 percent), the lower access to collateral and financing, and the general bias towards males in society ensure this dominance of males in business.

Unsurprisingly, this carries over to womenâ€™s participation in the membership of business organizations like the Liberia Chamber of Commerce.

The chamber, which advocates for better government policies for businesses and links members with international institutions for partnerships, noted in a press release that its membership of 300 companies and business associations are less than five percent owned by females. The chamber says its numbers are not much different than with other business associations.

This negligible presence in organizations that are established to advocate for policies beneficial to their members often mean that the voices of women are minimized.

Joan Taylor, the CEO of Joan Beauty Salon in Paynesville, said her business has not achieved much in growth since it was launched in 2010 because she does not have much information on how to access funding.

She said she is not a member of the Liberia Chamber of Commerce or any business association because she did not know about them or the benefits they can offer to her.

â€œI am just managing by myself for now,â€ she said.

For her, she said doing business without much knowledge of better management and networking is tedious.

A recent report released by International Financial Corporation, indicates that women in Liberia are much more likely than men to be self-employed.

However, most female entrepreneurs in the country continue to work informally and in low-productivity sectors, mainly in small retail and trade.

The report also indicates that, among entrepreneurs, women are more likely than men to own completely informal enterprises.

â€œWholesale and retail trade, the second-most important sector for overall employment in Liberia after agriculture, employs around 35 percent of the female workforce as compared to just 15 percent of employed men,â€ it states.

IFC is encouraging broad diversity by promoting womenâ€™s leadership, championing the benefits of board diversity, and starting a policy level dialogue aimed at increasing the number of women on boards.

It says a growing body of research shows that a broad set of business benefits is associated with gender diversity on corporate boards including â€œimproved financial performance and shareholder value; increased customer and employee satisfaction; raising investor confidence, and greater market knowledge and reputation.â€

The organization partnered with the Liberia Chambers of Commerce on Wednesday, June 21 to host a conference aimed at raising awareness on the benefits of companies diversifying their boards in addition to encouraging more women to become actively involved in business associations.

Bringing together stakeholders, women entrepreneurs, and business executives and experts, the event examined the challenges faced by women in accessing boards and more formal business spaces. It also considered strategies for proactive progress in diverse board agenda. GN Bankâ€™s deputy managing director for client services and administration, Rhoda Von Ballmos, said more women do not access loans because they donâ€™t demonstrate the capacity to pay back because of low knowledge in finance management.

However, William Dennis, director of the Business Startup Center, said female entrepreneurs have proven to be more committed in paying back loans than their male counterparts.

Although there are more men in the formal sector than women, he said the gap is fast narrowing.

BSC for the last seven years has worked to help emerging entrepreneurs start their businesses, including providing them with loans. For her part, the managing director of M&E Leasing, a financial leasing company, said despite their low capacity, women do better in business than men.

Jane Joe told The Bush Chicken in an interview that business organizations are not doing more to provide information to women in business.

Mai Urey, Founder and CEO of Wulki Farm said the lack of education and self-confidence for more women limit them to the informal sector. Urey said women are also not given the opportunity to serve on boards of organizations.

However, she said the involvement of women on executive arms of business is important, especially when more women are now being attracted to the sector.

Urey is an agricultural entrepreneur and IT professional who set up the first internet service provider in Liberia.

A senior managing partner of FARBAR Liberia, Jeanine Cooper, said profit margin would increase when more women are in leadership positions of businesses and corporate organizations.

â€œWomen bring lot of diversity to the table, including perseverance and multi-tasking; and are fast in thinking to find solutions in solving problems,â€ said Cooper, who leads the largest commercial producer of rice in the country.

According to her, fewer women in entrepreneurship access funding to improve their businesses than men because they most times do not have the information and are also less willing to take risks.

She said banks believe more in the capacity to pay back loans than collateral, contrary to the perception of many of those seeking loans. Liberia Chamber of Commerceâ€™s Secretary General Salamartu Duncan took the comments in stride and said the chamber would now go to the table to work on attracting more membership from female entrepreneurs, using suggestions made by participants of the one day conference.

She also attributed the low membership of women on the chamber to low awareness conducted by its leadership. The perception that the organization was a â€œbig boysâ€ club and only meant for large companies, she said, contributed to the further lowering the participation of women.

One of the way to go, according to Duncan, is to empower more women in the informal sector to formalize their businesses by working with the Liberia Marketing Association and other small and middle level organizations.

She said the chamber would work with stakeholders to improve policies to create a friendlier business environment for women and present the achievements of this plan at next yearâ€™s conference.