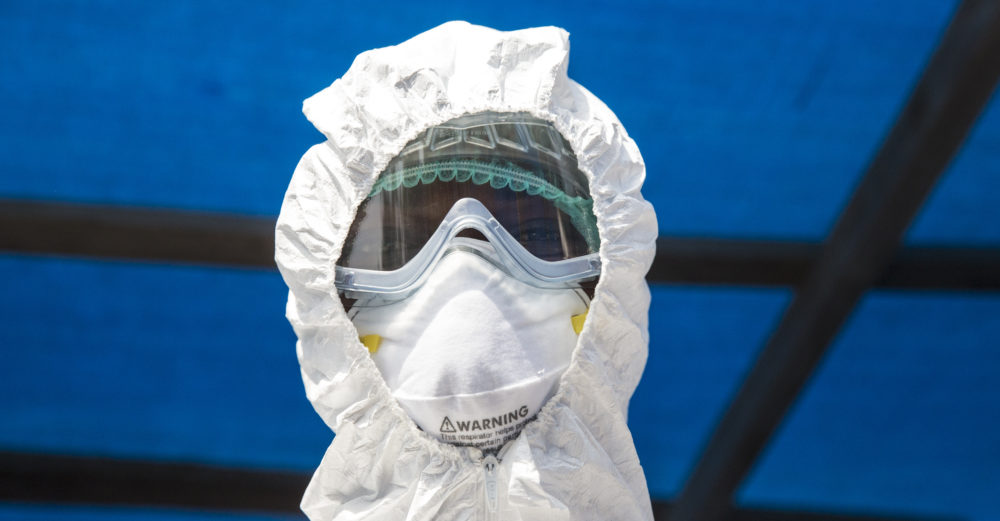 MONROVIA, Montserrado â€“ The Coronavirus pandemic has finally reached Liberia, as authorities confirmed that the executive director of the Environmental Protection Agency, Nathaniel Blama, has tested positive for the virus.

According to a press release issued by the Ministry of Information, Blama returned to Liberia on a Brussels Airlines flight on March 13 following a visit from Switzerland. He was accompanied by other government officials.

Almost immediately as the news broke of the confirmed case, Pres. George Weah addressed the country on March 16 to propose measures that would be taken to safeguard the public.

â€œThe spread of this virus represents the greatest threat to the health and well-being of the people of Liberia since the Ebola epidemic suffered by our country from 2014 to 2016,â€ Weah said.

The president confirmed that, contrary to protocols requiring travelers from countries having more than 200 confirmed Coronavirus cases to be quarantined for 14 days, Blama evaded the health mandate. Switzerland has confirmed over 1,350 cases and Belgium, Blamaâ€™s transiting point, has confirmed over 680 cases.

â€œMr. Blama chose not to be quarantined in keeping with the health protocols in place at the airport,â€ Weah said, without providing any more details about how the EPA head was able to avoid being quarantined.

The president announced that health authorities are now tracing all individuals who arrived on the flight to quarantine them from the larger public.

He encouraged the public to follow strong hygiene practices, including frequent hand washing. Additionally, Weah asked the public to avoid public gatherings and large crowds. In line with his guidance, he announced that he was postponing a planned tour of the country.

â€œTry to keep a minimum social distance of at least six feet from people with fever, cough, sneezing, and difficulty in breathing,â€ the president said.

In an interview shortly afterward on ELBC Radio, Information Minister Eugene Nagbe clarified that there had been no announcement yet that schools were closed, despite the presidentâ€™s advice to avoid large gatherings.

â€œThere are continuing discussions with the health authorities so that they can determine, on a situation by situation basis, what more measures are needed,â€ Nagbe added.

Pres. Weah also announced a ban on travel to and from places with 200+ cases. A representative of Brussels Airlines confirmed that the airlinesâ€™ last flight to Liberia will be on March 20, and there is no information on when the flights will resume. Brussels Airlines is the only airline that currently flies to a country that has over 200 confirmed cases of the virus.

Weah noted that non-essential government travel was also banned and the Ebola-era policy of only requiring â€˜essentialâ€™ government employees to report to work would be enforced.

â€œAll non-essential employees of the government are hereby granted a paid leave until further notice. The Civil Service Agency will announce a roster of employees in this category,â€ he said.

â€œAs Liberia has now moved from the precautionary stage to the containment stage, we will need your fullest support and cooperation as you change your behavior to follow the simple guidelines and measures that have been recommended above.â€

Meanwhile, Sen. Stephen Zargo is calling for the EPA director to be dismissed from his position for bypassing the health protocols at the airport.