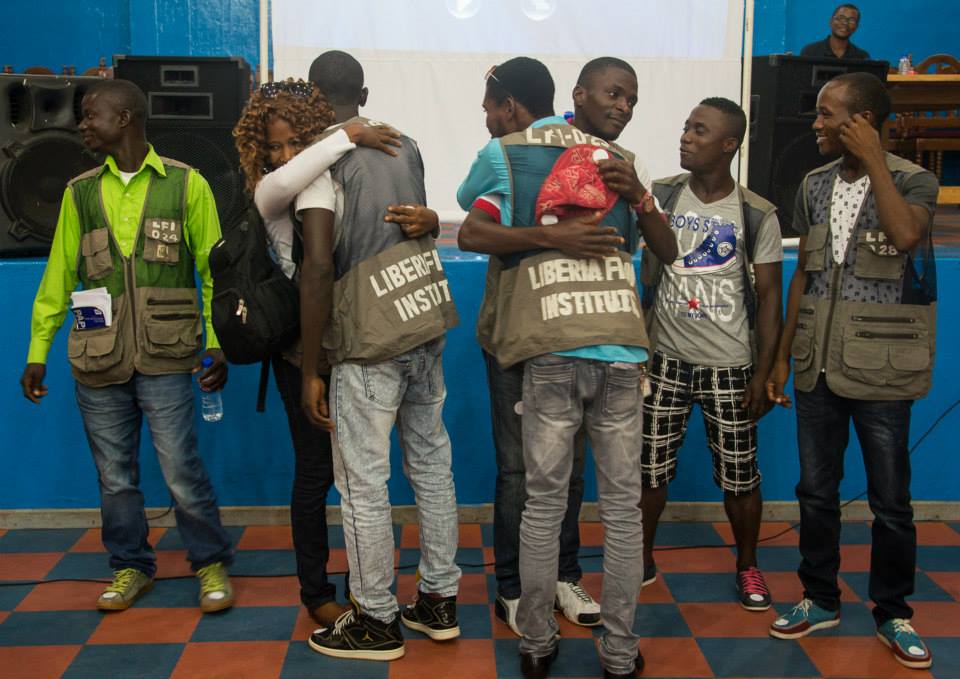 MONROVIA, Montserrado – The Liberia Film Institute, in collaboration with the Accountability Lab, has screened a new set of films produced by students of its film school.

The film school was funded by GIZ, the German governmentâ€™s aid arm, and lasted over the course of several months beginning in February 2015.

Not surprisingly, much of the films focused on the Ebola outbreak. Some attempted to dispel myths about the disease while others documented how ordinary citizens carried on with their lives in the midst of the outbreak.

Massagbeh Sheriffâ€™s The Return of Ebola emerged as the winner of the best drama. Helena Chowoeâ€™s documentary, Survivor, along with Eli Fodayâ€™s Transport Condition also emerged as the two best documentaries of the festival.

LFIâ€™s executive director, Divine Key Anderson, highlighted the importance of producing Ebola-related films, saying if those films were produced before the outbreak of Ebola, the country may not have suffered as high a number of deaths during the outbreak.

â€œIf we had those films here, people would not be saying things like, â€˜until I can see the virus,â€™â€ Anderson said.

â€œBefore we produced these documentaries, we asked many people about why they did not believe that Ebola was in town, and their answers were simple,â€ Anderson said. He said people had so many different beliefs that were preventing the public from heeding health officialsâ€™ advice. He hoped the public would learn some lessons from these film.

To ensure that, LFI is making sure copies of the film reaches the public. â€œWe are distributing over 5,000 copies of this DVD so that people all around the country can [view] this. For those who do not have the means of viewing them, we are [conducting] community outreach for them,â€ Anderson said.

â€œWe thought that we could help change and educate society by putting the things we really want to see in our society [in films] that will influence people,â€ he said.

Some of the filmmakers who spoke to The Bush Chicken expressed gratitude to the Institute for the level of work done so far.

â€œI feel so happy today, being a part of the [Liberia Film Instituteâ€™s film school],â€ filmmaker Chowoe said. â€œI believe that when the people of the Liberian Film industry [produce] more documentaries, they will help people to understand most of the things that they hear [as gossip],â€ she added.

Another film producer, Kelvin Jalibah, suggested a particular direction for Liberian filmmakers. â€œI would like to see lot of improvements in the Liberian film industry [in the form of filmmakers who use] our own Liberian culture to make films.â€

Jalibah also said filmmakers should strive to make films that would have a positive impact on the lives of ordinary Liberians.

The British ambassador, David Belgrove, was one of the many dignitaries in attendance. He emphasized the importance of telling the stories of Ebola survivors through films.

Belgrove commended the filmmakers for their artistic creations. He said filming could not only be used to hold the government accountable but also used to empower people.

He also stressed the need for the government and the media to work hand in hand.