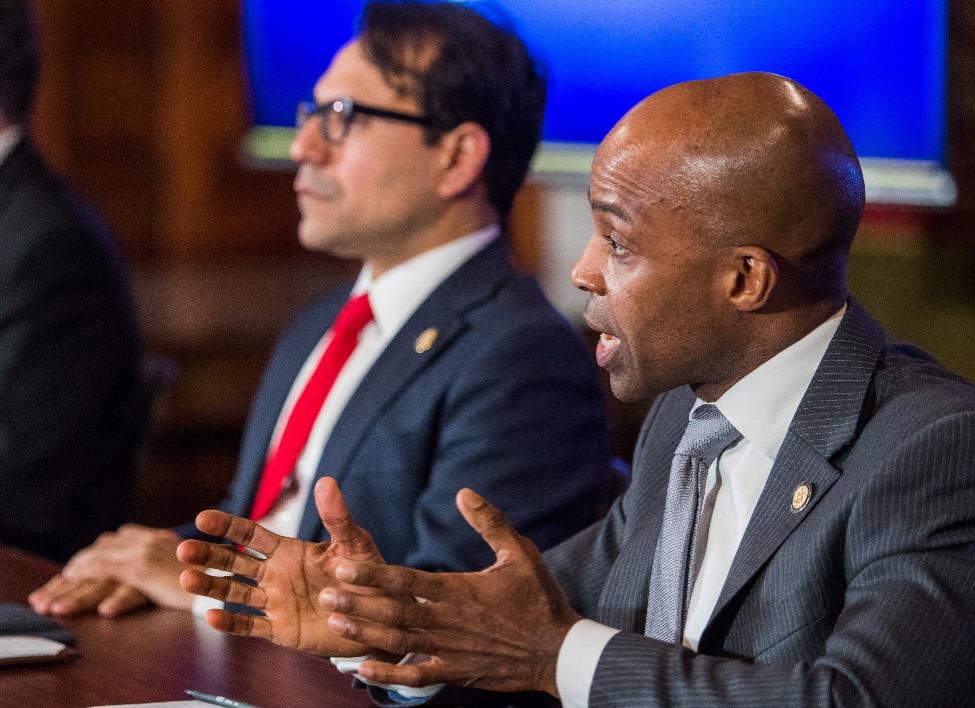 David is a Liberian who was born in the U.S. In past interviews, David said his family moved to Liberia one year after his birth. He has also noted that the slain Liberian president William Tolbert was his great uncle, while his mother worked in what is now the Ministry of Finance and Development Planning. He further disclosed to a New York-based newspaper that his father was also elected mayor of Monrovia in 1977.

According to Human Rights Campaign, David would be the first person of color and first civil rights attorney to lead the organization since it was founded more than 40 years ago.

David had recently made history as the first openly gay counsel to the governor of the State of New York after serving as the first deputy secretary and counsel for civil rights in New York.

Following his announcement as the new head of the advocacy group, David called on members of the community to unite against oppositions to their rights and existence.

â€œIf we want to win full equality, that’s going to require us to come together, to dig deep, to be resilient, to embrace our differences, to tenaciously defend the most vulnerable among us, to fight with every ounce of determination we have,â€ he said.

In a video posted by the organization, David also revealed his excitement about his new role in the advocacy for equal justice and protection for all.

â€œFrom housing discrimination to racial discrimination and reproductive justice, Iâ€™ve worked to make New York a fairer, freer place for everyone. And now, I could not be more proud to take the helm and lead the Human Rights Campaign as its next president,â€ he said.

â€œI donâ€™t have to tell anyone that this is a perilous time. But in this moment, I see a tremendous opportunity to overcome these attacks.â€

He added: â€œI believe in the single mother trying to access affordable healthcare for her family. I believe in the black transwoman who is preparing for that big interview. I believe in the teenager wondering if others would see them as they see themselves when they look in the mirror. I believe in the construction worker who is building the courage to come out to his peers. And I believe in the young queer immigrant who came to this country so that they could live authentically. I believe that together, we can harness the strength that’s inherent in our differences, to stand together in the face of fear and division. And that’s exactly what the Human Rights Campaign was built for.â€

He added, â€œIn unity, we will fight back, and we will win.â€

Human Rights Campaign was founded in 1980. The group currently has a membership of more than 3 million people across the world and has grown into one of the most effective advocacy organizations in the U.S., leading the way to expand LGBTQ protections at every level of government.