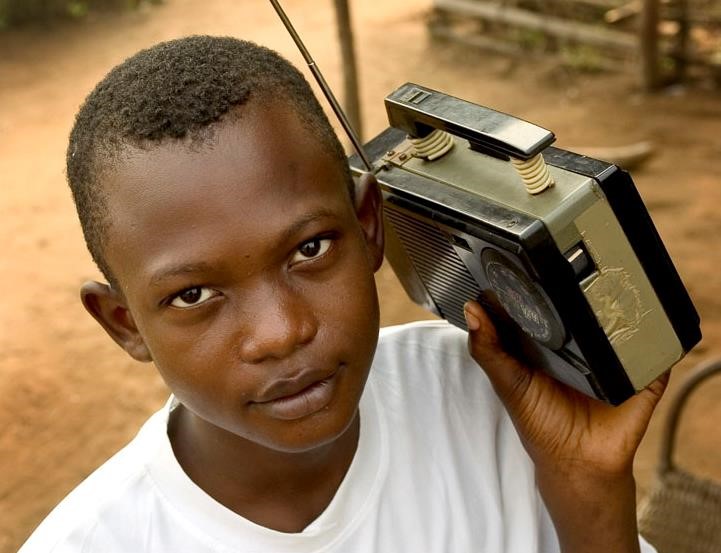 PAYNESVILLE, Montserrado – Soon after President George Weah announced the first confirmed COVID-19 case in the country, the Ministry of Education moved to suspend all education activities across the country.

“They are not breadwinners. They should be home reading books during this vacation,” Harris said.

For Liberia, a country previously ravaged by civil war and Ebola, the Coronavirus pandemic has become another major setback for the education sector, as approximately 1.5 million students are now out of school. According to the World Bank, 82 percent of students in primary school are already too old for their grade. The average first grader in Liberia is nine-years-old – this is three years older than the appropriate age for a first grader.

To ensure that Liberian students do not get further left back, the Ministry of Education and some private schools have been implementing their own forms of distance learning.

The Ministry of Education has collaborated with Rising Academy Network and the Youth Movement for Collective Action to launch a “Teaching by Radio” program. The two organizations are private entities that also operate public schools as part of the ministry’s Liberia Education Advancement Program. The program presently runs on nine radio stations in Montserrado and other community radio stations throughout the country.

According to Maxime Bleetahn, director of communications and public relations at the ministry, an earlier version of the radio program was introduced during the Ebola epidemic. “It was very successful, and people commended MOE for the initiative,” he said, without offering data to support his claim.

Bleetahn encouraged students to tune in to the program by visiting the ministry’s Facebook page or by listening to the radio. Initially envisioned to last for six weeks, Bleetahn said the ministry could extend the program if the need arises. He noted that the ministry had brought individuals with the specialized expertise required to put together the program in adherence to the curriculum.

The Ministry of Education has not distributed any workbooks to accompany the radio programs, and teaching topics like Algebra by radio can seem cumbersome at times.

As expected, there are some complaints about the ministry’s radio program. For example, Joshua Birr, who works as an interpreter for members of the deaf community, said the programs would leave them out completely.

“The deaf can’t listen to radio, and 90 percent of the students do not have smartphones,” Birr told The Bush Chicken. “They don’t even have food to eat. This is my question: Do the government and partners have sign language interpreters on these platforms for the deaf?”

Birr noted that visual aids would help deaf students better grasp the lessons. Although the “Teaching by Radio” programs are also published on YouTube, each video consists of a still image with the audio in the background – not much help to a deaf listener. Birr saw the omission of any consideration for the deaf as a continuation of the government continuously ignoring the disabled.

Even for students who can hear the programs, they may not own the radios needed to listen to the programs. Most Liberians listen to the radio on feature phones or while in a taxis, and many children do not own phones of their own.

In April, the Kids Education Engagement Project completed an informal survey with parents that showed that most homes do not have radios. The few that do were not willing to give their children access for several hours a day to listen to the ministry’s educational programs. On April 27, the NGO announced that it would begin distributing 500 phones to communities in Montserrado and Gbarpolu. Those feature phones would be equipped with radios.

For Oretha Harris, whose children are split between the CBD King, Newport High, and Soniweh Public Schools, her children have been roaming the community since their schools closed.

“We do not have radio now,” Harris said. “We will find means to get a radio so they can listen to the MOE teaching too.”

Musu Saah, who lives in Paynesville’s Soul Clinic community, also lacks a radio in her home. Saah, who is unrelated to the author, said it has been difficult tending to her children during this time and she expressed appreciation for the work done by her children’s teachers.

“I did not go to school,” she said, noting that this has made it difficult for her to assign lessons to her children. “The teachers of St. Matthew promised to give their students work, and we are still waiting on them since we closed.”

Most of the parents The Bush Chicken spoke to said they would have preferred if the ministry provided workbooks to schools, as that format would have been easier to follow along with the radio or it would have at least made things easier for children who do not own radios.

When confronted about these challenges, Bleetahn, the communications director from the ministry, appeared oblivious: “We presently do not have challenges in reaching to students through this distance learning across the country.”

Some parents have become accustomed to the government’s limitations on the educational front and have been finding their own ways to ensure that their children continue to be educated during the pandemic.

“I don’t expect anything from the Ministry of Education because they are always crying of logistics,” said Abdullah Folleh, whose two children attend the prestigious St. Teresa’s Convent in Mamba Point.

Folleh says his children have been studying since the break began and he has not bothered to access the ministry’s radio program.

Meanwhile, Jennifer Duo says she goes to Central Monrovia to sell each day and then returns to teach her son, who attends the All God’s Children school in Fiamah.

“We spend a lot of time together, especially during these times [that] schools have been told to close,” she said. Duo admitted that teaching has been a bit challenging for her.

Even if students can access the radio program, there is no way to determine how students are performing, as the ministry is not monitoring students’ adherence to the program.

The Solitiamon Christian School System, however, has developed a system that allows it to monitor its students’ performance. The school system’s superintendent, Solomon Joah, says his institution has continued teaching students via its ‘virtual campus.’ He demonstrated a website that the school had introduced during the Ebola outbreak to keep students on track with their lessons.

Joah said the platform allows students to access video and audio lessons, in addition to quizzes and tests. Each student has been provided a user name and ID to allow them to log into the system.

A screenshot of the login page of the Soltiamon Christian School System’s learning portal.

When questioned about whether his students were following the Education Ministry’s radio program, Joah criticized the skillset of the government teachers featured on the radio: “When you listen to some teachers expressing themselves, the mechanism of teaching and expressed concept, then you want to give up.”

Joah said his students are capable of teaching the same lessons taught by the ministry on the radio and complained that standards in Liberia are low.

He urged the ministry, which operates schools that enroll over half of all students across the country, to stick to policymaking: “It is not the responsibility of MOE to teach but to ensure schools carry on this project. It’s strange to me.” 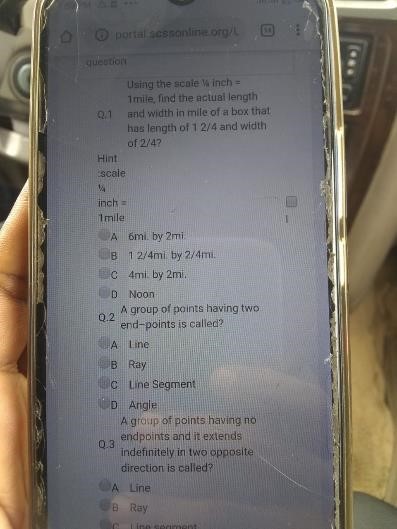 Despite the deficiencies he identified with the ministry’s radio programs, Joah is confident that private school operators will do their part to ensure that Liberian students are educated.

“Soltiamon is a Christian school. We don’t accept subsidy from [the] government for reasons,” he said. “Even if this lockdown goes for a longer time, Liberia will still have educated people.”