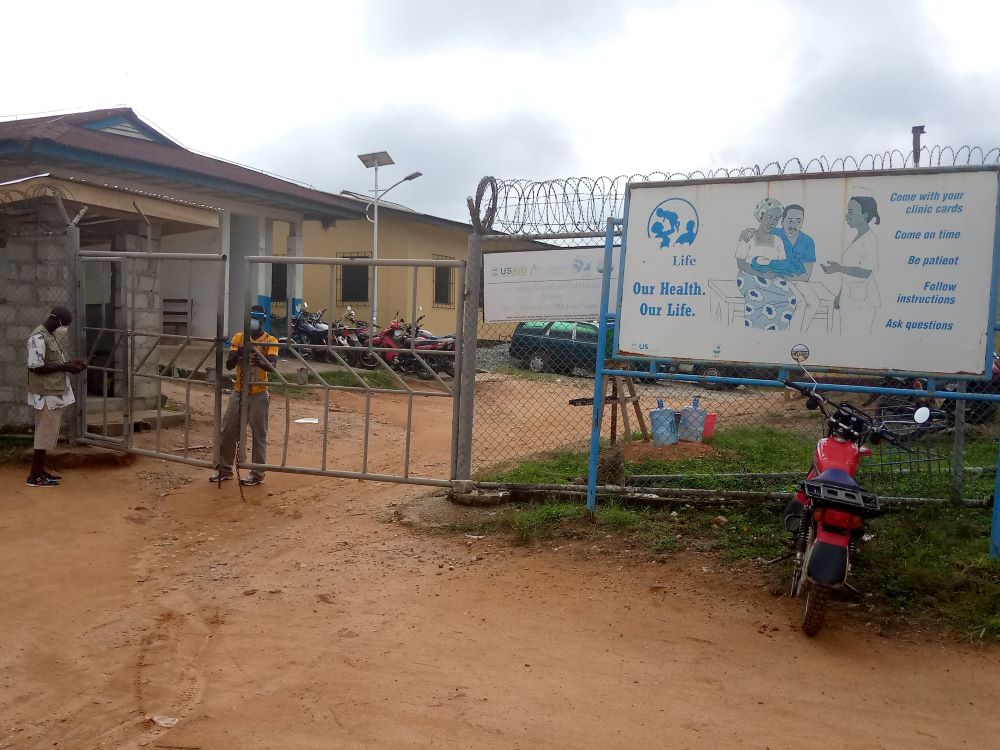 County Health Officer John Doedah said the COVID-19 patient was a male police officer who worked at the Quibumo checkpoint between Kolahun and Foya.

“We understand that the male police aid officer fell sick for some months and later died at his home in Foya City and we then collected samples of his specimen for testing in Monrovia,” Dr. Doedah said. “And lately, at about 11:51 p.m. on Thursday May 21, 2020, all of the tests came out positive.”

Doedah added that at least 12 contacts have been identified. “We are informed that his remains were embalmed and so we are tracing those individuals involved and even people that played [a] key role in his burial ceremony,” the county health officer said.

He also said the district police commander had been contacted by health officials to understand the recent movements of the late officer. However, the police told health officials that the deceased had not crossed international borders.

Doedah told The Bush Chicken that the county’s health authorities had worked with local officials in Foya District to quarantine the contacts.

He cautioned the public to take the health protocols of COVID-19 seriously, warning that asymptomatic persons could be spreading the virus.

“Don’t trust anyone, and suspect everyone to be a suspect in the fight against the deadly Coronavirus,” Doedah said.

“We are working alongside with the Ministry of Health in overcoming some of the challenges facing the county health team.”

Meanwhile the district superintendent for Foya District, J. Clarence Sandie, disclosed that the deceased patient was buried on May 19. Sandie promised that district officials would coordinate with the Health Ministry to identify any additional contacts and contain the diseases.

The county’s superintendent, William Kamba, said he has already authorized health officials to be dispatched in Foya to assist in identifying the remaining contacts.

“Yes, there is a case in Lofa, and the further directive is to make sure that those who interacted with the dead body be quarantined,” Kamba said.

“Whatever advice that comes from health authorities is what we [will] hold onto, and let everybody live by the health protocols and measures already in place.”

Foya District, which has over 21,000 inhabitants, shares boundaries with Sierra lone and Guinea. During the 2014 Ebola epidemic, the district recorded some of the highest numbers of cases.