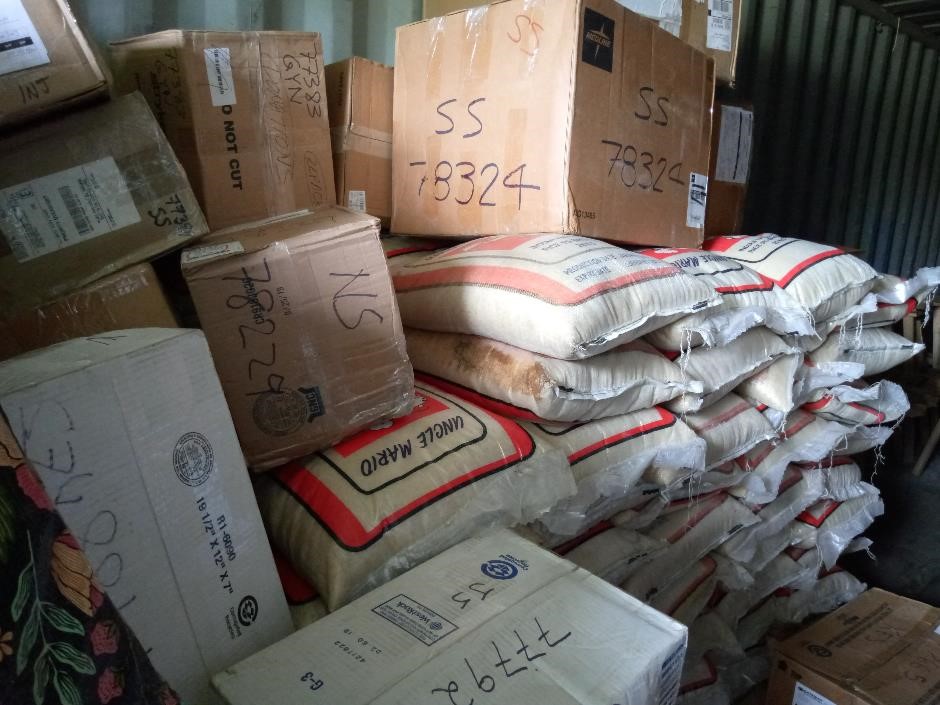 VOINJAMA, Lofa – The Lofa County Legislative Caucus has donated over US$19,000 in food and medical supplies to the county’s COVID-19 taskforce.

The items include bags of rice, salt and seasoning, masks, and buckets. The donation was made on May 2 by the caucus’ chairman, Sen. Stephen Zargo.

“When we first heard about the outbreak in Liberia, we planned to contribute an initial amount of US$125, and this created some criticism, and because of the criticism we jointly contributed towards the purchasing of these assorted food and medical items for the county to help in the fight against COVID-19,” Zargo told Superintendent William Kamba.

“In our view, it is the caucus’ responsibility to ensuring that the county remains on the safe path. And honorable superintendent, we want to work with the structure that you have in place, and let all of us keep praying that Lofa County should have no COVID-19 outbreak.”

Zargo recalled the Ebola epidemic, where most districts in the county were severely affected: “We don’t want [a] similar experience and reoccurrence in Lofa. And that is why we decided bringing these items on behalf of the caucus, which comes from the caucus [members’] pockets and not [the] national government.”

He presented the items to Kamba, who thanked the caucus and promised to use the items for the intended purposes.

Kamba noted that the implementing arm of the taskforce was headed by the Lofa County Health Team. Additionally, he said all districts within the county were part of the taskforce.

“With such structure in place, we can assure you that these items donated today will be used for its actual intent,” Kamba added.

The superintendent said Lofa takes COVID-19 to be a dangerous and unseen enemy and his administration would ensure that the virus does not enter the county.

Rep. Francis Nyumali, representative for Lofa’s first district, told attendees of the ceremony that although the donation is from the caucus, Zargo had contributed a significant portion of it.

A former representative of Voinjama District, Joseph Karbah, was among the many who commended the caucus for its support.

“I want to appreciate the joint security council of the county and the media for the level of awareness in educating the people of Lofa with messages and measures as it relates to the prevention and fight against the deadly Coronavirus that is killing thousands of people across the world,” Karbah added. “May God bless you.”

He urged farmers in Lofa to continue growing food despite the state of emergency to ensure that the country does not suffer from a food crisis.