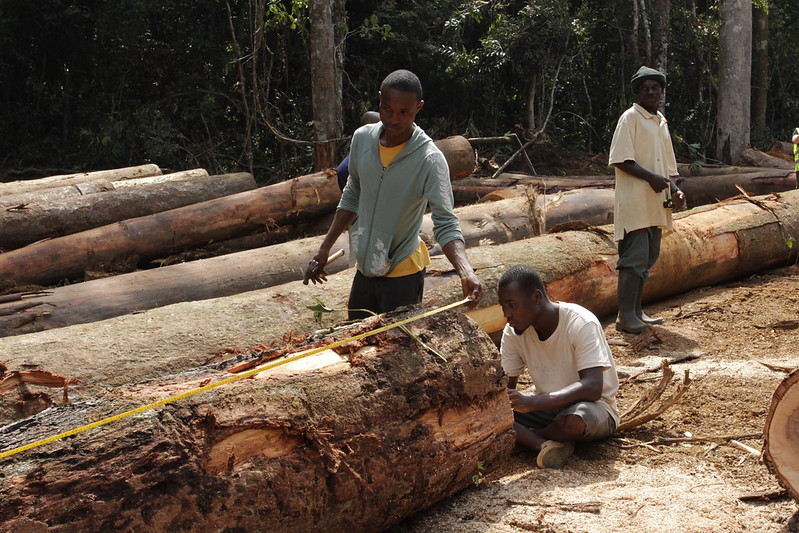 GREENVILLE, Sinoe – A logging company operating in a community forest in Sinoe has been ordered to halt its operations after the Community Forest Management Body of Numopoh determined that it has not met its obligations.

The Liberian-owned Delta Timber Company has been harvesting logs in the Numopoh Community Forest since 2016.

Bill Karmoh, who heads the Numopoh Community Forest Management Body that decided to expel the company, said when the community entered the agreement with Delta Timber, it agreed to pay land rental fees, rehabilitate and construct hand pumps and feeder roads, among other obligations. However, Karmoh told reporters that Delta had not fulfilled its obligations throughout the five years.

Karmoh noted that the community was no longer willing to do business with the company and would notify the central government of the decision. The Numopoh CFMB has already dispatched a team to Monrovia to meet with the Forestry Development Authority and other government bodies to inform them of the situation.

“The company [has], for so long, been making fool out of us – enough is enough, and this time around, they will surely leave our forest,” Karmoh noted. “Their action is not in line with the community forest rights laws of Liberia.”

His statement to the press came after a May 12 letter was written by the Numopoh Community Forest Management Body informing Delta to immediately halt its activities. However, Gabriel Doe, the company’s chief executive, denied the allegations and insisted that his company would not leave the forest, as he still had raw materials to haul. Doe declined to further discuss the details of the community’s allegations against him.

Karmoh added that there were concerns that some prominent citizens were now conspiring with Delta to receive bribes to operate within the community forest illegally.

A 2018 assessment funded by the European Union and Tropenbos International found that Delta was in “gross violation of forest laws and regulations, but yet to pay penalties as outlined by laws and community agreement.”

This was blamed on the weak political will and lack of effective monitoring of the forest operations. Evidences gathered by this study show that FDA [Forestry Development Authority] as a regulatory body has done less to monitor the agreement between the company and the community, as required by laws. Interviews with staff of FDA indicate that the authority lacks the capacity (mainly manpower and logistics) to effectively monitor forest contracts. Consequently, DTC [Delta Timber Company] has seized the moment to exploit the forest and deny communities their rights and benefits as enshrined by laws and in the community agreement. DTC was found in unwarranted infractions-operating in contravention of the forest laws and regulations and commitments made to the community. The assessment confirmed allegation that DTC has deliberately invaded two forests that are outside of the permitted area. Analysis of GPS coordinates also confirms that the company is operating outside of the forest allotted to the community.

Numopoh is located within Kpanyan District and comprises 20 towns and 19 villages situated on the left bank of the Sinoe River.