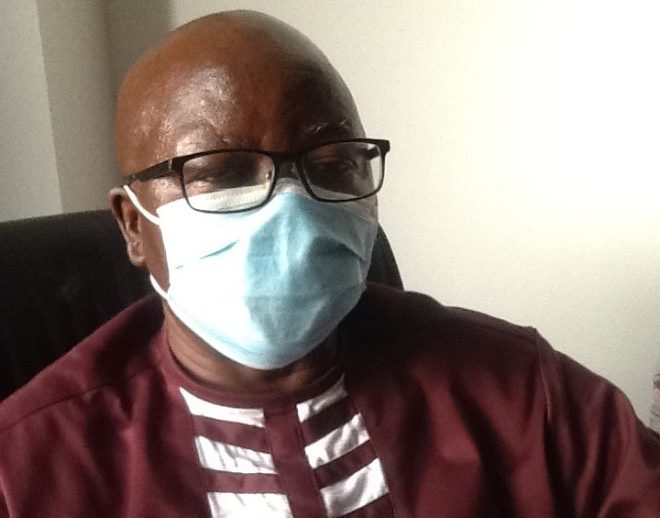 MONROVIA, Montserrado – Rep. Ben Fofana of Margibi’s fourth district says he will challenge the incumbent senator, Oscar A. Cooper, in the Dec. 8 senatorial elections this year.

Making the declaration while releasing his annual report detailing his legislative activities, the two-term Margibi lawmaker promised that a more formal announcement of his intentions would come later.

“I can tell you with certainty, I will be [the Collaborating Political Party’s] ticket bearer in the 2020 senatorial elections,” Fofana said, referring to the grouping of four opposition political parties.

“I am a valuable candidate from Unity Party and an awaited candidate whose chances of being on the ticket for CPP is very high.”

Fofana touted the benefits of potentially being supported by four parties in an election, especially the Unity Party, which he said was the largest opposition political party.

Fofana, who has held his seat since 2012, sought to portray himself in his report as an effective lawmaker. He serves on the Banking and Currency Committee, the Public Accounts and Expenditure Committee, the Peace and National Reconciliation Committee, and the Internal Affairs Committee.

“We are not here alone and are here working for the people, so at some terminal point, you must be able to provide a report or give an account of your leadership in the county,” the Margibi lawmaker said about the report.

In the document, he detailed the bills introduced in the House and those passed – although he did not specify any introduced by him. The report also detailed the number of sessions held by the House during the period under review, 132.

Fofana’s report did mention that he wrote 14 communications to the House of Representatives, including a letter requesting the finance minister to submit consolidated quarterly financial reports for the first and second quarters of the 2018/2019 fiscal year. The Finance Ministry is required by law to submit these reports to the legislature, but the ministry does not always comply.

Fofana also said he wrote the House to invite the labor minister and the director-general of the National Bureau of Concessions to provide updates on employees that Firestone planned to lay off.

“The minister and his deputies appeared and an agreement was reached that Firestone allows children of redundant employees to stay in school and that additional provisions be made by Firestone to transfer the redundant employees for possible employment in other aspects of the company,” Fofana’s report noted.

Firestone is the largest employer in Margibi and the company’s human resource moves often trigger a reaction from the county’s lawmakers.

Sharing
Tags Ben Fofana
Contributions to The Bush Chicken are not tax deductible.