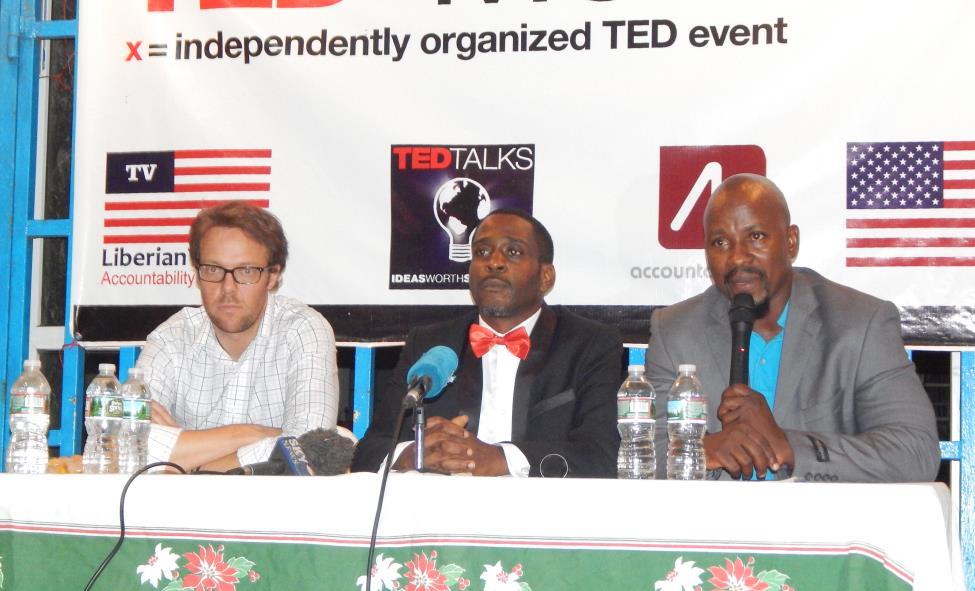 MONROVIA, Montserrado â€“ The first-ever TED event in Monrovia will take place on Monday at the Monrovia City Hall.

TED is aÂ global set of conferences devoted to spreading innovative ideas in the form of short and powerful talks. It welcomes people from every discipline and culture who seek a deeper understanding of the world. The conferences have covered nearly all topics from science to business to global issues in more than 100 languages.

Logan Campbell, the TEDxMonrovia organizer, and founder, said the event would include talks from inspiring speakers, TEDx videos from around the world, and live performances from some of the best musical stars in the country.

â€œThe main event will be live streamed around Monrovia and its environs,â€ Campbell said, including on a large screen at the Vamoma intersection.

â€œWe want to give them the platform they deserve to showcase their ideas and generate conversations around what comes next. A space to share their great ideas,â€ Campbell added.

Accountability Labâ€™s Executive Director Blair Glencorse said while tickets are on sale for the event, for US$50, the US Embassy is helping to purchase tickets to enable people who may not afford the ticket cost to attend.

â€œOrganizing this event cost a lot of money, so money generated will go toward organizational cost,â€ Glencorse said.

The event is being independently organized by TEDxMonrovia in partnership with Accountability Lab, Liberian TV, US Embassy, Liberty and Justice, and Monrovia Football Academy. Smart Liberia and The Bush Chicken are also partners to the organizers.