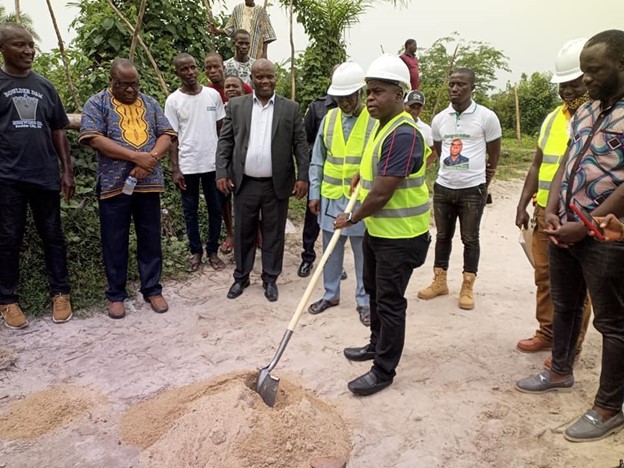 On Saturday, January 30, Nuquay broke grounds for the construction of a modern youth center in Garmaymu and a bridge in Dorma Town. According to the senator’s office, the two projects cost US$30,000 and US$24,000, respectively, and are ostensibly personal initiatives of the newly inducted lawmaker.

The ceremony was attended by scores of citizens of the county and other lawmakers of Margibi and other counties, including Deputy Speaker Fonati Koffa, Montserrado’s Sen. Saah Joseph, and Rep. Edward Kafia of Bong. Others are Margibi’s first and third district representatives, Tibelrosa Tarponweh and Ellen Attoh-Wreh, as well as the county’s fourth and fifth district lawmakers, Ben Fofana and Clarence Garh. 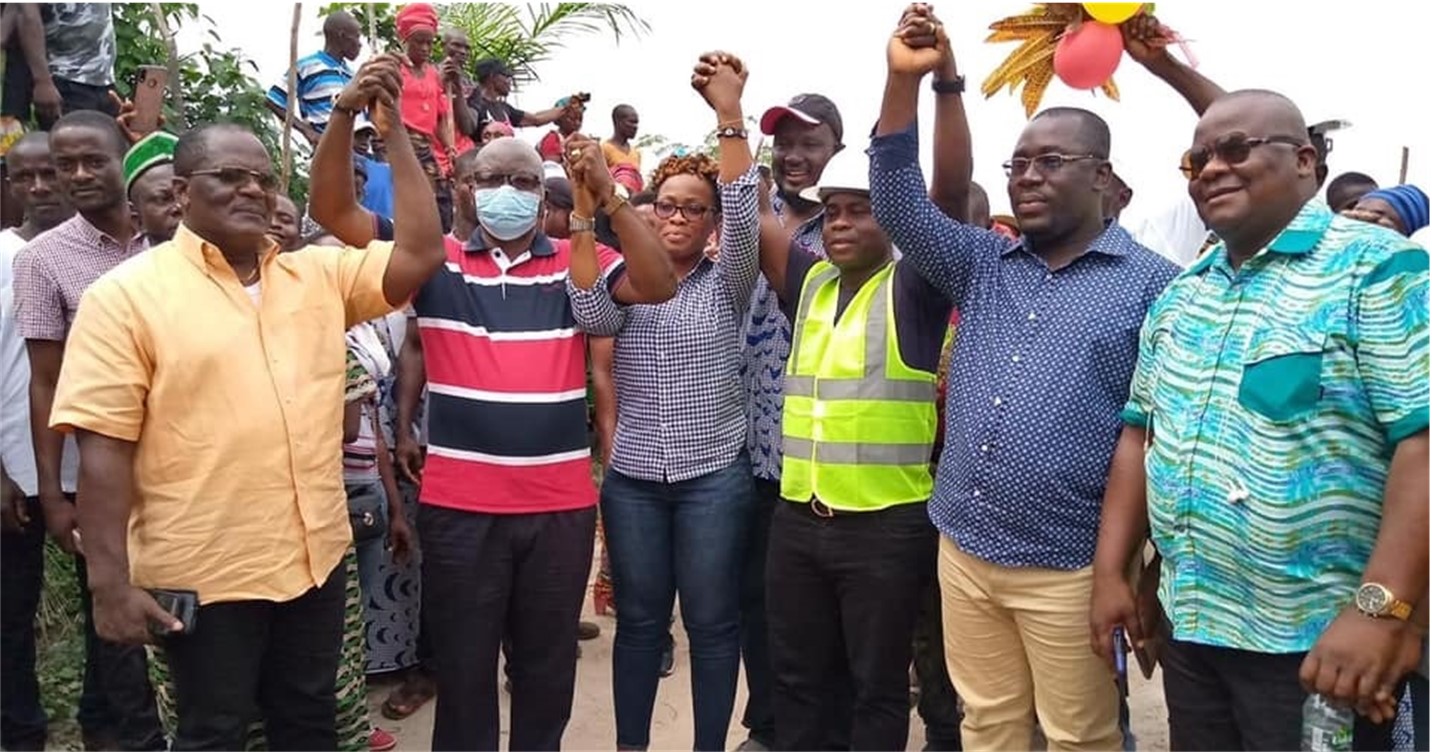 All the county’s lawmakers were in attendance, except Sen. James Tornonlah and the second district’s representative, Ivar Jones. Photo by Gbatemah Senah

During the groundbreaking ceremony, Nuquay said the projects were in fulfillment of promises he made to people of the two communities while campaigning for the Senate position.

“Today, we are here with friends and brothers and workmates, so that, we can rally around to do the Garmaymu bridge project,” he said.

“Besides the bridge project, I came in contact with Mr. Jonathan Lolo, chair for the Mamba Kaba youth, who requested that we build a youth center for you. So, I told him I didn’t want to lie to him because we were in an electoral process, but let’s work together after the election. So, we are also here to raise money for the bridge and the youth center.”

The senator hailed the people of Margibi electing him and assured them of his commitment to developing the county. According to him, present-day politics was about deliverables and the ability to attract development for your people, rather than rhetoric.

Sen. Joseph launched the rally to raise funds for the projects. He committed US$10,000 on behalf of the Senate president pro tempore to the initiative in addition to his own personal contribution of US$5,000 and 200 bags of cement.

Deputy Speaker Koffa pledged to support the projects with US$8,000, while five other senators committed US$2,000 each. In total, more than US$60,000 was pledged by the dozen-plus lawmakers and other government officials attending the program.

A resident of the district, Trokon Smith, praised Nuquay for hitting the ground running with development less than one month after his induction into the Senate.

“This is the kind of leadership we have long yearned for. Aggressive development is in sight for our county, from what I see here, today,” Smith told The Bush Chicken.

Nuquay, who won more than 60 percent of the votes in the recent Special Senatorial Election in Margibi, campaigned on a platform of reconciliation, agriculture, road development, healthcare, energy, safe drinking water, and dignity of labor.