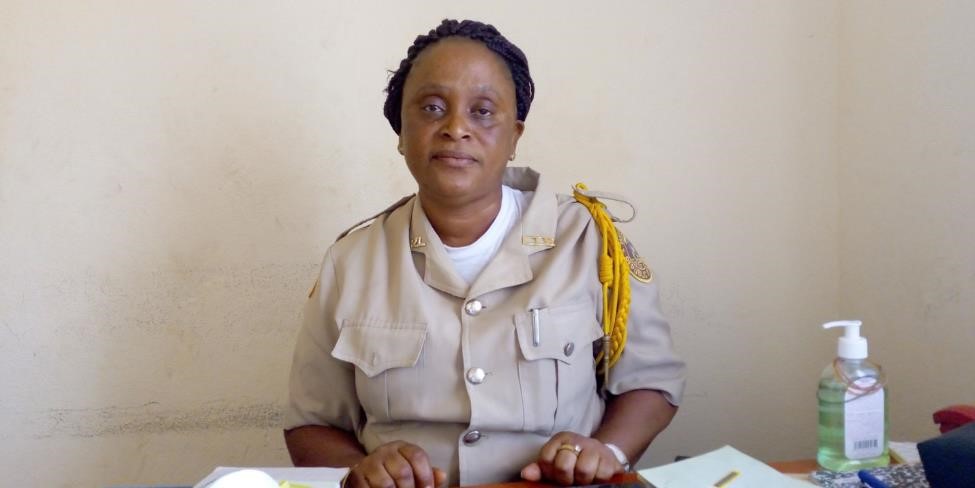 SANNIQUELLIE, Nimba â€“ The commander of the Liberia Immigration Service in Nimba warns that there are no health workers stationed at Liberiaâ€™s Nimba borders with Guinea and Ivory Coast. She said her officers alone were not equipped to contain the spread of the Coronavirus.

Yea F. Dolopaye made the statement during an interview with The Bush Chicken on Monday, March 30. She also announced that she was closing all of Liberiaâ€™s Nimba borders in an effort to contain the Coronavirus pandemic within the country.

Repeating the account given by Rep. Samuel Kogar who controversially crossed into Liberia through Nimba, Dolopaye noted that there were no health workers at the border at the time. She said her officers had been instructed to immediately inform her of any entries so she could contact the Nimba County Health Team to send a team there when the representatives entered, something she noted was not done at all.

â€œI am appealing to the health workers to work along with us because we are vulnerable,â€ she said. â€œMost of the things we are doing, we do not understand them; they are the ones to guard us in the process. Now that our officers are at the porous borders, we need the presence of health workers there.â€

She noted that health workers were not visible at the borders, even though they are best equipped to fight the disease.

â€œAt this point, we really need their presence at the various entry points and we are willing to work with them to keep Coronavirus out of Nimba and Liberia,â€ she said.

Dolopaye said Nimba has over 30 illegal border points, where she had assigned 246 officers to guard. However, she described the number of officers as insufficient.

She disclosed that since she received the mandate to close the borders from her superiors in Monrovia, LIS had tightened the nine recognized border points and her officers were working to prevent people from entering illegally through other porous points.

LIS officers are also encouraging residents in border communities to contact members of the security sector if they see people violating the mandate, Dolopaye said.

She called on all officers to strictly adhere to the mandate. In order to prevent immigration officers from allowing passage for bribes, Dolopaye threatened to summon any officer caught in such practice.

â€œIf any officer thinks it is now time to generate money, that officer is making a big mistake,â€ she said. â€œSo if you think now that it time for you to get rich, if I receive such information I will report you to the commission in Monrovia for serious action to be taken against you. I want all my officers at the various borders and checkpoints to be on the alert for people who will want to enter this country illegally.â€