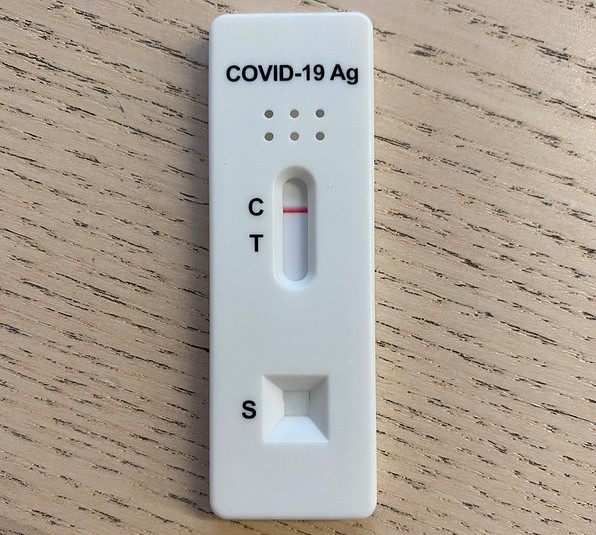 MONROVIA, Montserrado – The National Public Health Institute of Liberia has announced the arrival of about 250,000 rapid testing kits as it battles to contain a rapidly escalating third wave of the COVID-19 pandemic.

As of June 26, Liberia had 1,342 active COVID-19 cases, with 120 documented deaths. Over 56 percent of those active cases were reported over the past week. The U.S. Centers for Disease Prevention and Control has also placed Liberia on its highest alert level for COVID-19, advising travelers to avoid visiting the country.

The arrival of the test kits comes when there have been regular reports of NPHIL releasing COVID-19 test results much later than the 72 hours it promised. The delay in test results has cost outgoing airline travelers hundreds of dollars, as they have been forced to reschedule their flights in the absence of a negative COVID-19 test, a requirement for flying to many countries.

More importantly for the country’s response to increasing cases, if the rapid tests will be used at the airport, it would allow for more effective screening of travelers. Currently, travelers must present evidence of a negative test taken within 72 hours of entering Liberia. However, because the COVID-19 virus can often be undetectable for days after infection, that test can sometimes miss infections. At the airport, travelers are again required to take a COVID-19 test. However, health workers at the airport usually administer a PCR test rather than a rapid antigen test. Travelers are released before the results of the PCR test even arrive, which means even if the result returns positive for the virus, travelers would have been mixing with the general population for several days.

NPHIL said the arrival of the rapid testing kits would ease some of these challenges and allow results to be obtained “within 15 minutes after the test is done.”

The public health body also announced that it had moved to address the limited oxygen at the Star Base Treatment Center, where most severe COVID-19 are being treated. NPHIL said it had procured oxygen meant to address the continued influx of patients at the treatment center.

NPHIL also announced in its press release that it expected more vaccines to soon arrive in Liberia. As cases have surged and news of deaths has been circulating, the demand for vaccines has increased. Long queues have been forming daily at vaccination sites. NPHIL said there are still enough AstraZeneca vaccines for people who already took the first dose.

“The IMS [Incident Management System] is expected to receive an additional 96,000 doses of the AstraZeneca vaccines within the next two weeks,” the press release indicated.

The gesture to receive the additional AstraZeneca vaccines comes through the COVAX facility, with support from the Global Alliance for Vaccines and Immunization and the African Center for Disease Control.

Meanwhile, the government has announced that Liberia will soon receive 386,000 Johnson & Johnson COVID-19 vaccines with support from the World Bank. The Johnson & Johnson vaccines only require one dose and will be a significantly faster way to provide immunity to the Liberian population than the two-dose AstraZeneca vaccines.