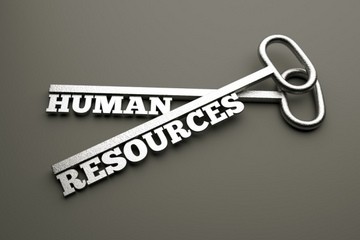 For over 100 years, our nation has relied on natural resources and foreign aid as means of survival.

For so many years, we have continued to hold the view that natural resources and foreign aid are the only essential means of creating sustainable development in Liberia; yet forgetting their scarce nature.

Critics of the government would tell you that we have profuse natural resources that can benefit the vast majority of our people. If you were to take a walk to Atayee centers, the talk of the day would be the natural resources and how other countries are investing in our country.

Even the market women speak much of the wealth of rubber, gold, and diamond, and the millions of dollars that our big brother America and other partners are investing in our country.

This level of attention from politicians and the government of Liberia, however, is never directed on building the human resource capacity of young people to learn new skills aimed at solving some of our countryâ€™s pressing problems, as critical as it is.

How long shall we continue to believe that our nationâ€™s prosperity depends on natural resources and foreign aid?Â  Probably the reason thereâ€™s not much attention given to this area is because politicians themselves lack knowledge on this fundamental principle for our nationâ€™s growth.

One does not have to be a visionary to contextualize the indispensability of what this truly means to African nations. The world is evolving; as it evolves, humanity must evolve as well to reach the new standards that have been set.

There are sweeping changes in the way things were a few years back. From Silicon Valley in the United States to factories in China and other parts of the world, young people are ceaselessly using their skills through entrepreneurship and innovation to upgrade humanity.

While the rest of the world is advancing, Liberian youth are bent on discussing politics, natural resources, and foreign aid. They are busy on radio stations discussing what lies beneath our lands, of which foreigners control half.

Unlike other countries around us, young people in our country are not learning new skills, and sadly, there are no career counseling services in our high schools and universities. As a result, most young people would rather venture into politics since politicians are the most respected yet the most unskilled people masquerading the society. We fail to realize the consequences of these choices on this and succeeding generations.

Today in Liberia, foreigners working in top positions for private companies and NGOs outnumber Liberians. Itâ€™s not that people vaguely decide to discriminate against Liberians, but we lack the technical skills that these NGOs and companies want.

If a Liberian masterâ€™s degree holder and an American bachelorâ€™s degree holder competed for the same job, the latter would be preferred. The fact of the matter is, one must not be too concerned about the degree â€“ education must be coupled with skills, which most Liberians lack.

Even most of our learned people are people without skills; without their mouths, thereâ€™s nothing left of them. Skills are the generational and pressing issues of our time. Generational issues are more complex than we think, thatâ€™s why young people must be enabled with the skills and the knowledge they need to lead change in our country.

This in its truest essence must not only be the responsibility of the government and political institutions. Religious communities have a key role to play in this monumental task by not just teaching young people about signs and wonders or miracles on the holy books. They have to start telling young people about the achievements of Steve Jobs and the iPhone.

Our religious leaders have to start telling young people about entrepreneurs like Mark Zuckerberg and Facebook. Liberians should learn a lot from Bill Gates and Microsoft.

If we must create an independent and technologically advanced generation, the discourse around skills must be taken seriously in our social, economic and religious discussions.

Young people must be encouraged to venture into innovation and entrepreneurship as a means of creating social economic transformations. Empowering many young people with skills would lead to a more robust sustainable development that will have a viable outcome in the country.

The time is now that we focus on building the human mind; natural resources and international aid are finite, but our human resource has unlimited potential. Itâ€™s never too late to start; refusing to start is the problem this generation is confronted with.

Policy makers have to start taking empowerment from the paper and carry them into communities and schools across our nation. A huge part of this too is the responsibility of the Ministry of Education.

It has to inculcate in the curriculum, career development and counseling programs where teachers would have to ask their students their interests of studies and render advice on pursuing that dream for the betterment of society.

We canâ€™t afford to lose out. Letâ€™s do something; now is the time!