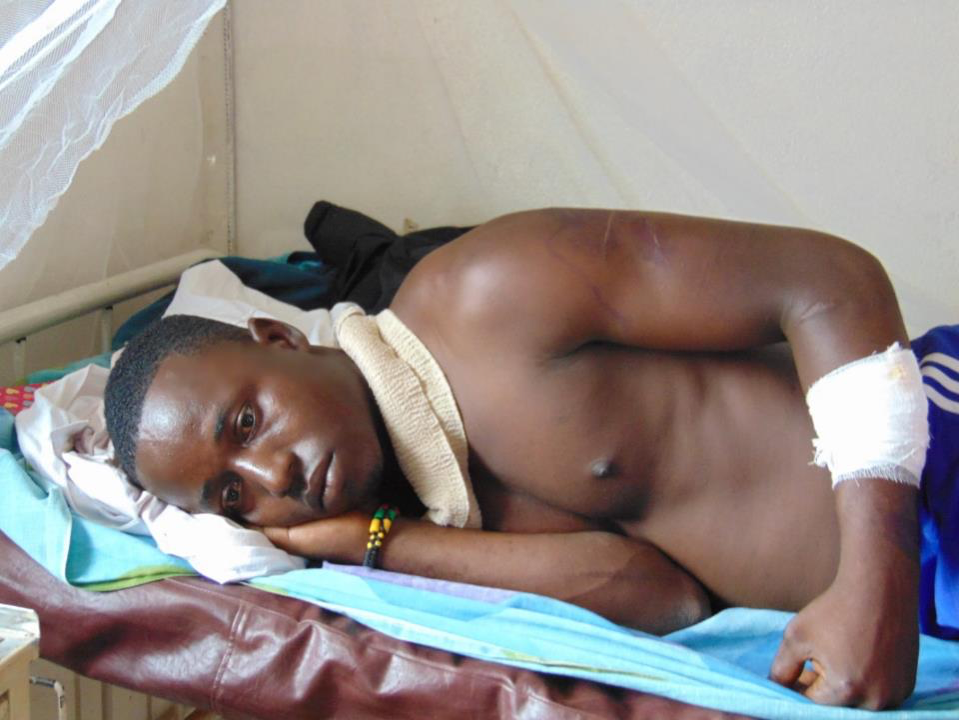 Tamba, the 32-year-old security guard who resides in Madina, sustained severe injuries on his body when he and four colleagues were attacked by criminals who had gone to steal some of the plantationâ€™s crops.

According to a Zinnah Cassell, a journalist in the area, palm theft has been occuring at an alarming rate on the companyâ€™s plantation. Cassell said criminals were even operating their own palm mills in nearby bushes, where they process stolen palm fruit bunches to sell.

Tamba, who is still recovering at a Sime Darby clinic, told journalists that he and his colleagues were on patrol when they accosted two criminals who had gone to steal some crops.

He said while the suspects were being interrogated, the security guards heard a voice calling from far away. Tamba said the thieves explained that the voice had come from a motorcyclist waiting to transport the crops they had gone to steal.

â€œI tried to inquire who the caller was and came across another two persons,â€ he added.

Tamba said more individuals came, carrying cutlasses and demanding that the two initial thieves be released or else they would kill Tamba.

â€œI pleaded with the group and told them that the suspects [were] only being interrogated, which fell on deaf ears,â€ Tamba added.

Sime Darbyâ€™s guards do not carry any weapons and when another group of 30 individuals emerged, led by a man named Junior Makpan, Tamba said they started attacking.

â€œMakpan attempted gashing my head with his cutlass several times but I prevented him with my left hand, leaving me with severe injuries,â€ he said.

Tamba said others joined in and started beating him with sticks and throwing stones.

â€œSome of my attackers are residents of Madina and I am able to identify them,â€ Tamba added.

All five of the companyâ€™s security guards were attacked, but Tamba suffered the most severe injuries. â€œThe companyâ€™s management should try to protect us by providing tear gas, batons, and handcuffs, which will help the security guards to arrest criminals,â€ Tamba said, noting that this is not the first attack on the companyâ€™s guards.

Emblematic of the fact that guards receive inadequate equipment is the fact that a group of 7 to 10 security guards are assigned only one handcuff, Tamba said.

In 2009, Sime Darby and the government signed a 63-year concession agreement to develop 220,000 hectares of land with oil palm and rubber.