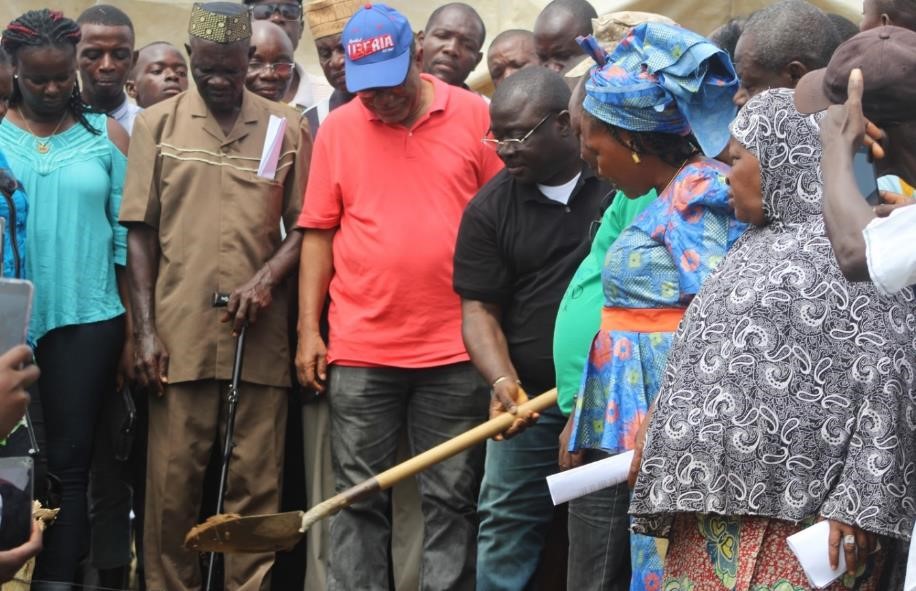 GBAH JAH-KEH, Bomi â€“ The former speaker of the House of Representatives, Alex Tyler, has broken grounds for the construction of a US$75,000 eight-room health facility in Gbah Jah-Keh, Senjeh district.

His move comes exactly one year to the 2020 senatorial elections, with speculations of his intention to contest in Bomi.

Tyler, who is also a former representative of Bomi, broke grounds on Saturday, October 19. The district, which has a population of more than 15,000 residents, is currently without any health facility. The nearest health facility in the area is the Sime Darby Health Center, which is operated by the oil palm plantation.

He told The Bush Chicken in an interview that the construction of the health facility is an initiative he embarked upon following an appeal from residents.

â€œThe construction of the health facility is the initiative of both the residents and me,â€ he said.

Although he did not state when the construction will be completed, Tyler named several members of the government who have made pledges in cash and kind in support of the project.

Some of the officials are the assistant minister of labor, Wilson Dumoe; Grand Gedehâ€™s Rep. Zoe Pennue; the labor inspector general, Eric Kpayea; and the director of alien registration at the Ministry of Labor, Patrick J. Nixon.

According to the former speaker, youth from the district had agreed to dig the foundation, while the elders would be responsible for providing food for the workers throughout the construction.

Richard Devine, a former senator of Bomi who attended the groundbreaking ceremony, also pledged to provide US$500 to the project.

Devine called on the residents to begin to strategize on funding sources for the purchase of drugs and medication for the health center when it is completed. He stressed that the facility would be meaningless if it is without essential drugs and other medications.

He also reminded the residents of the governmentâ€™s financial challenges and encouraged them to continue to take responsibility for the operation and maintenance of the health center.

â€œCitizens of Bomi needs to start putting together their resources to ensure that the health facility when completed is sustained with drugs,â€ he said. 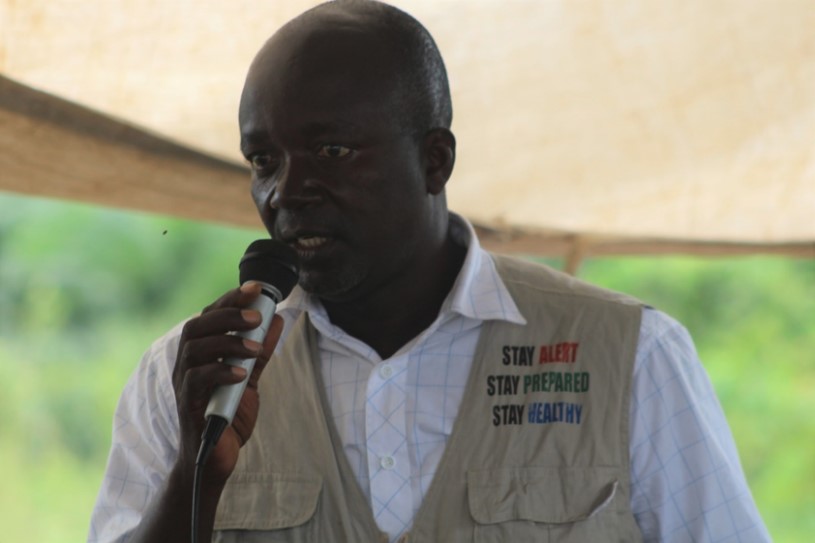 The county health surveillance officer of Bomi, Moses Fomba, also disclosed that the highest referral in the county at the Sime Darby Health Center is from the Gba Jah-Keh community, where the new health center is being constructed.

â€œThe community must take ownership of the health facility upon completion,â€ Fomba said.

He assured residents in the area that upon construction, the government would equip the facility with trained staff.

Tyler was removed as speaker of the House in September 2016 following the recommendations of a report from the Houseâ€™s Committee on Rules, Order, and Administration, which was investigated him for allegations of bribery and other criminal acts while serving the position. He was earlier forced to recuse himself as presiding officer of the body while he stood trial after being indicted on bribery allegations.

The anti-corruption watchdog, Global Witness, had released a report accusing Tyler and others of receiving bribes to change the Public Procurement and Concession Act to facilitate British company Sable Miningâ€™s acquisition of mining rights over Wologissi Mountain in Lofa.

Although he did not recontest as representative in Bomi, the former speaker helped to form the Liberia People Democratic Party to contest for the presidency in 2017. However, his indictment apparently affected his political ambition to contest. His party is part of the George Weah-led coalition that brought the current government to power.

In June this year, President Weah had nominated Tyler to represent the government on the board of ArcelorMittal, but immediately withdrew his name after public pressure.

In early August, the court cleared Tyler and the other defendants in the Sable Mining trial of all their charges and announced the immediate restoration of all their rights as free citizens.