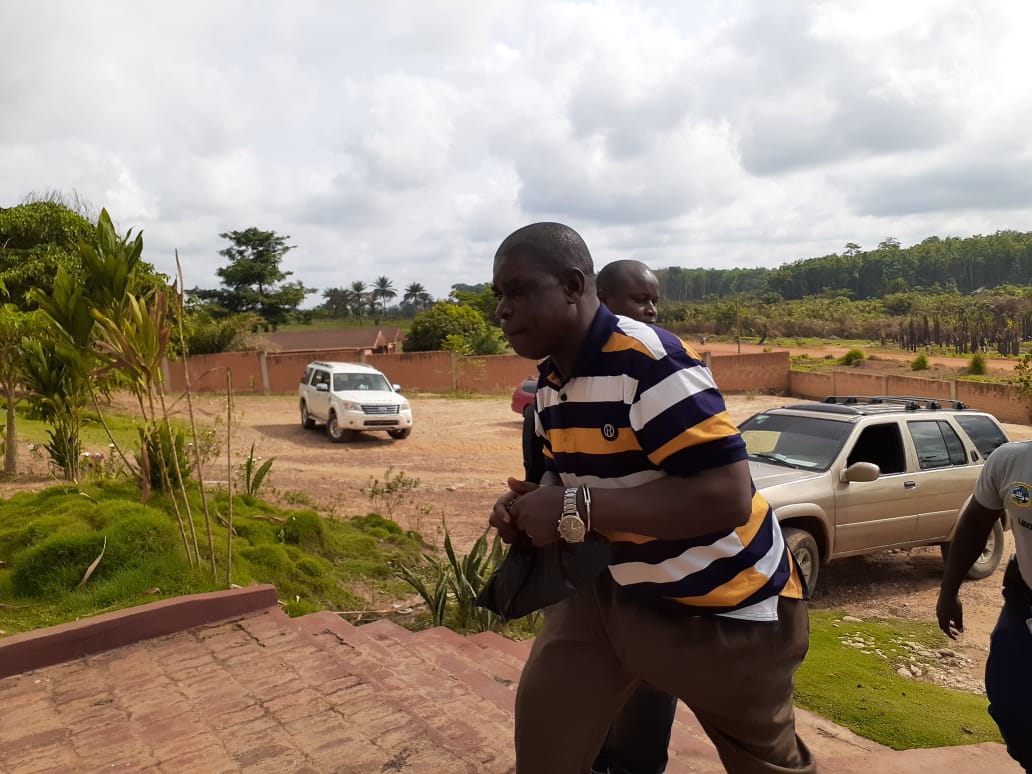 GBARNGA, Bong â€“ Police in Gbarnga have charged the senior pastor of the St. John United Methodist Church with statutory rape. Rev. Dr. Samuel Karyeah, 54, who is also an associate dean of the Gbarnga School of Theology, has been sent to court.

He stands accused of raping a 15-year-old girl on multiple occasions, beginning in September 2019 and lasting through early 2020.

The police report noted that â€œmedical reports and other pieces of evidence gathered during investigation proved that Karyeah committed the crime.â€ Karyeah was escorted by police to the Gbarnga Magisterial Court on Monday morning, where his trial will begin.

His alleged victim is with her parents because Bong does not currently have a functional safe home to host victims of rapes and other sexual abuses. About a year ago, criminals broke into and vandalized the Ministry of Genderâ€™s only safe home in Gbarnga. Bongâ€™s gender coordinator, Anita Rennie, said the safe home is currently under renovation.

Rights advocates in Bong and the countyâ€™s Gender Ministry office have been persistent in calling on police to launch an investigation into the case since the news first surfaced. Now that police have charged Karyeah, these advocates say it is a good beginning.

â€œBasically, we came up with the pronouncement that a clergyman was allegedly linked to rape,â€ said Aaron Juaquellie, acting executive director of the Foundation for International Dignity. â€œNow it is proven that he was involved in the rape by the investigation. All weâ€™re holding the government responsible for is to have a due process to him, not to prejudice him.â€

Juaquellie is optimistic that Karyeah will be tried speedily, considering that Criminal Court E, which exclusively focuses on rape cases, now has a branch at the Ninth Judicial Circuit Court in Bong, where Karyeahâ€™s case is likely to be transferred.

However, sources at the court who would only speak anonymously warned that even though Criminal Court E has opened a branch in Bong, the court has not been effective during this term of court. A judge has been appointed to take over the court and is expected to start work during the May term of court, one source added.

Like Juaquellie, Rennie, the gender coordinator, says the Gender Ministryâ€™s local office and the Sexual Gender-Based Violence Taskforce in Bong will monitor proceedings in the case until it concludes.

â€œWe will follow up with them at the court and keep informing our central office,â€ Rennie said in an interview with The Bush Chicken on Wednesday in Gbarnga.

Bongâ€™s attorney, Jonathan Flomo, has said that the law will take its course in the case and Karyeah will certainly be granted due process.

â€œHe has now been charged based on [the] complaint that was filed. The police have established probable cause against him. We should allow the law to take its course against him. He should have his day in court,â€ Flomo said.

This case further showcases that there is no man above the law and that the law does not consider status, Flomo added.

The county attorney wants the public to respect the court and the rights of Karyeah. Accordingly, he asked that they refrain from making further comments about the matter, now that the case is before the court.

There are allegations that this is not the first time Karyeah has been involved in an alleged rape.

Grace Clarke, a 29-year-old public health and clinical professional who now resides in the U.S., told The Bush Chicken alleged that Karyeah had raped her over 20 years ago when she was a child in Liberia.

The case was, however, compromised when some leaders of the church intervened with her family, she said.

â€œI was a victim for multiple years since I was 8-years-old living with my mother and then-husband, Samuel Karyeah, in Liberia,â€ Clarke said via email.

Grace and her father, Roland Clarke, have volunteered to testify against Karyeah in his soon-to-begin rape trial.

Karyeah is currently being detained at the Gbarnga Central Prison while awaiting trial. He could face life imprisonment if convicted. It is highly likely that Karyeahâ€™s legal team will seek a change of venue for his trial, considering the perceived public sentiment that has characterized this case in Gbarnga.