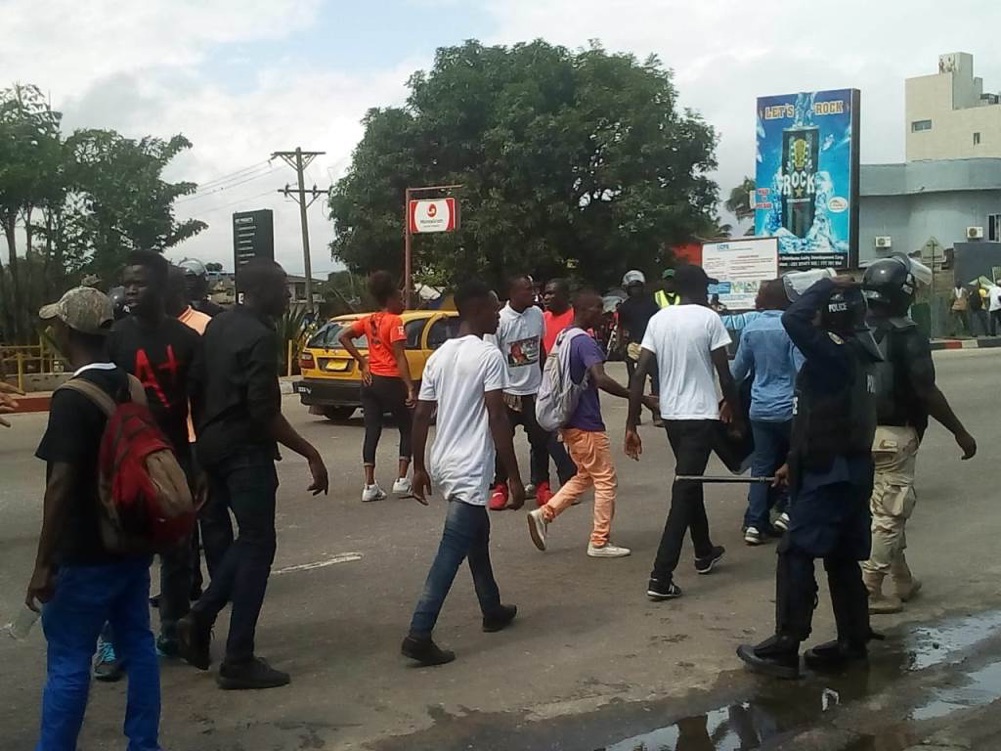 A police press statement dated Wednesday, August 14 said the violence broke out between supporters of Telia Urey of the All Liberian Party and Abu Kamara of the ruling Coalition for Democratic Change.

On Tuesday, August 13, supporters of both candidates gathered at NECâ€™s headquarters on 9th Street in the wake of final arguments into Montserradoâ€™s 15th district election dispute.

â€œThe eleven persons are in police custody undergoing investigation,â€ the police statement said, noting that the violence broke out between both candidates as a result of stone-throwing.

The windshield of a vehicle belonging to the Unity Party was damaged and â€œa 43-year-old female identified as Vivian Badio of the Logan Town community also sustained an injury,â€ the statement noted.

â€œTrokon Griggs and James Wleh, supporters of the CDC, were arrested in connection to the damaging of the UP vehicle.â€

The police also said it confiscated a vehicle driven by an unnamed supporter of Urey, as it was loaded with stones and a kitchen knife.

The suspects are said to be undergoing investigation and will be forwarded to court for prosecution.