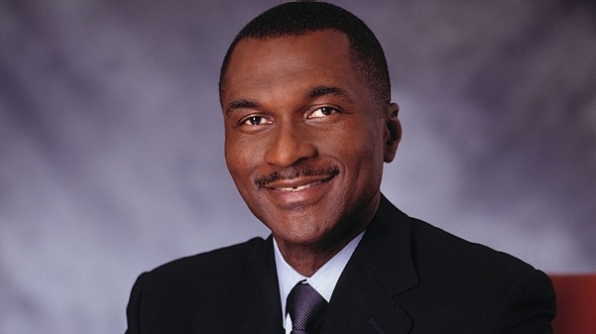 According to a press release on their corporate website, the Liberian native will retire after more than 18 years of an illustrious career with the Company. Cummings joined Coca-Cola in July 1997 as Deputy Region Manager for Nigeria.

Four years later, he was promoted to President of Coca-Colaâ€™s Africa Group in 2001. Under his leadership, the company experienced a period of substantial growth in marketing, investments and infrastructure across 56 African countries. In 2008, he was promoted to his current position.

Muhtar Kent, Chairman and CEO of the Coca-Cola Company, thanked Cummings for his efforts â€œgrowing and advancingâ€ the companyâ€™s â€œbusiness in key markets around the world.â€

â€œAlexâ€™s legacy will be as a leader who focused on growth and made us more efficient and effective. He also has a passion for our people and a vision for building sustainable communities as part of our local business. We wish him well on his retirement,â€ Kent said.

Before joining the company, Cummings held multiple positions with the Pillsbury Company in the U.S. Currently; he serves on the boards of C.A.R.E., Clark Atlanta University, S.C. Johnson & Son,Â and Chevron.

In light of Cummings’s resignation, many have speculated that he may be the next person to announce his bid for Liberia’s next presidential election in 2017. As he has begun to emerge on the public stage after years immersed in global corporate affairs.

On Dec. 5, Cummingâ€™s speech at the Checago Bright Charity Gala fueled the flames of the 2017 speculation.

In his address, Cummings used the Bondei proverb, â€œsticks in a bundle are unbreakable,â€ to explain to Liberians that, though, â€œleft broken and scattered after years of war, infrastructural and social collapse,â€ there is hope for â€œa new and better whole.â€

To get there, Cummings cited clarity, cooperation, and conviction as the â€œpositive forces strong enough to bring a country together and counter the negative forces that would try to pull it apart.â€

He further suggested that Liberia takes a â€œbreak with historyâ€ and â€œfocus on the single most important commitmentâ€¦ achieving middle-income status as a nation.â€

â€œA healthy, vibrant and hopeful middle class is the pulse of a successful society. A sign that it has broken free from its past. When there is a strong middle-class, good things happen,â€ he said.

In regards to countering the negative realities, he jumped into the highly charged political issue of corruption, referring to it as a â€œfestering wound in the cause of economic equality.â€

â€œMany of Liberiaâ€™s leaders are taking maximum advantage of their positions, big salaries, big houses, big cars, big lives. That is a prescription for failure. No, check that. Itâ€™s a guarantee of national failure again,â€ he said.

He warned that â€œthe ignored majority of people will not stand on the sidelines and cheer for the entitled.â€

He questioned if the powerful can favor community interests over self-interest or if they can embrace servant leadership.

He stated: â€œIt is absolutely imperative that corruption is driven out of government, and driven out of the lives of Liberians.â€

However, Cummings declared his faith in his vision for a better, stronger, fairer and more prosperous Liberia.

â€œBecause, even taking full account of the risksâ€¦ I believe in Liberia and its people,â€ he said.

He emphasized that everything he discussed must â€œcome together in a sense of common community that has eluded Liberia literally since its founding.â€

â€œNot different tribes. Not rich and poor. Not urban and rural. But one country. One mission and one sense of destiny. Like the Bondei proverb, one unbreakable bundle,â€ he said.

And he called on Liberians to â€œseize that optimism and make hope a reality.â€

â€œWe must face the truth, and then we can change our course. We simply must have faith in each other, faith in our ability to govern ourselves, and faith in the future of Liberia. Restoring that faith and that confidence to Liberia and its people is now the most important task we face. It is a true challenge of this generation of Liberians in and out of the country,â€ he said.

His remarks may be a sign of things to come if he officially moves into the political realm.

According to TLC Africa, Cummings told Liberians at a town hall meeting that he is consulting with Liberians on how to develop solutions on the country’s most pressing issues. He also confirmed that he is committed to returning to Liberia and help rebuild his motherland.