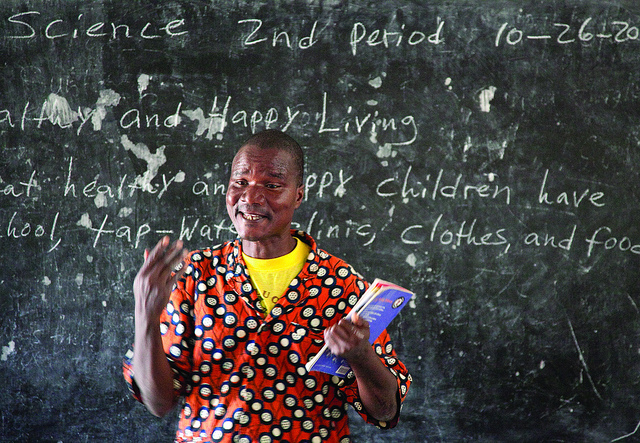 MONROVIA, Montserrado – President George Weah has approved US$1 million in payments to private school teachers who were impacted by the COVID-19 pandemic.

A press release issued by the Ministry of Information explained the government’s rationale for the payments: “The government gathers that some owners of private schools, including faith-based schools, have been unable to pay their teachers and faculties since February 2020, owing to limited or no tuition payment.”

“The government has received a request for private school teachers who are supporting the 12th-grade students currently in school in Montserrado County. All I can say at this stage is that these requests are most likely to be honored as part of the budget discussion but that final decision is above my pay grade,” Tweah said.

Now, President Weah, in consultation with the National Legislature, has instructed the Ministry of Finance and Development Planning to provide US$1 million out of the budget surplus from the 2019/2020 fiscal year to pay the private school teachers who have not received salaries for the past seven months.

The government has also allotted a vetting and payment taskforce comprising of the Ministries of Education and Finance, the Civil Service Agency, and the Internal Audit Agency to identify and pay eligible teachers and administrators of the different private schools across Liberia.

Although schools across the country were halted in March 2020, public school teachers have been receiving salaries while their private counterparts have mostly gone unpaid due to the fact that teacher salaries are mostly drawn from tuition payments, which were not forthcoming from economically challenged parents.

Information Minister Nagbe stated that this was the government’s way of assisting private schools and their teachers to prepare for the resumption of normal school activities.

He requested that owners of private schools submit their last updated payrolls, including payment information, such as account numbers, mobile money numbers, and National Biometric Identification Numbers to the task force through the Ministry of Education.

They have also been required to submit evidence of the last payment of withholding on income tax to the Liberia Revenue Authority.

It is unclear how the government will distribute the funds to the private schools across the country and how much each school or teacher will be able to claim. According to the 2016 Education Sector Analysis conducted by the Ministry of Education, private and mission schools provide education to 46 percent of children in the country. With 2,380 private schools across the country, the average amount each school gets will be over US$420. Considering that many schools may not meet the requirement of having paid withholding taxes for their teachers, the amount per school is likely to be even higher.

Featured image courtesy of Laura Elizabeth Pohl/Bread for the World

Sharing
Tags Coronavirus, Ministry of Education
Contributions to The Bush Chicken are not tax deductible.