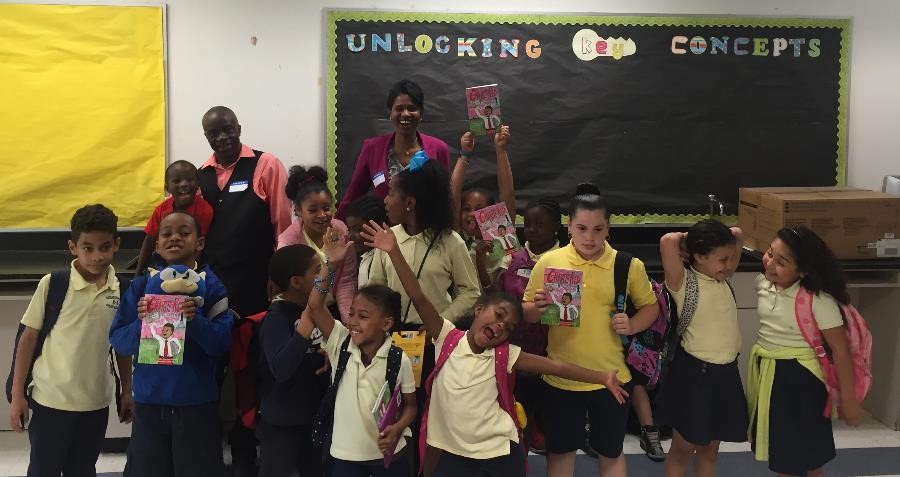 BOSTON, USA â€“ To celebrate World Refugee Day on June 20th, the Universal Human Rights International, a Boston-based organization that has worked over the past two decades to empower refugees in the New England region, teamed up with Nikki House Publishing to provide books to children in one of the area’s poorest neighborhoods.

Sapphire Jule King, CEO of Nikki House, is currently on a tour to distribute her beginning reader series “Charlie Red” to underprivileged children in the United States and Sierra Leone. The historical fiction series is based on the life of the African-American medical pioneer Dr. Charles Drew.

King will donate 600 books to children between the ages of five and nine throughout her campaign in June and July.

She said only 18 percent of African-American fourth-graders were able to read at their grade level, which often leads to a lack of self-confidence and negative relationships with parents and teachers.

Her book series, she hoped, would not only help increase the literacy rateÂ but also increase parental involvement through reading.

Torli Krua, who founded the UHRI refugee assistance group, was awarded a certificate of honor by Nikki House Publishing for organizing the event and his continued commitment both to inner-city youth development and refugees resettled in the Boston area (Disclosure: Torli Krua is an owner of The Bush Chicken).

Krua is a Liberian refugee who has been heavily involved in the betterment of low-income Boston neighborhoods.

In addition to his work at Universal Human Rights International, Krua is the founder of YOUNG-Africa, an organization that aims to engage Africa’s youth in creating sustainable solutions to the problems in their communities. Krua strongly believes empowerment is the key to successful youth movements both in the U.S. and back home in Liberia.

These worlds often collide, as was the case at his event for World Refugee day in Roxbury. By inspiring young people in America, Krua said he believed the world will become a better place.