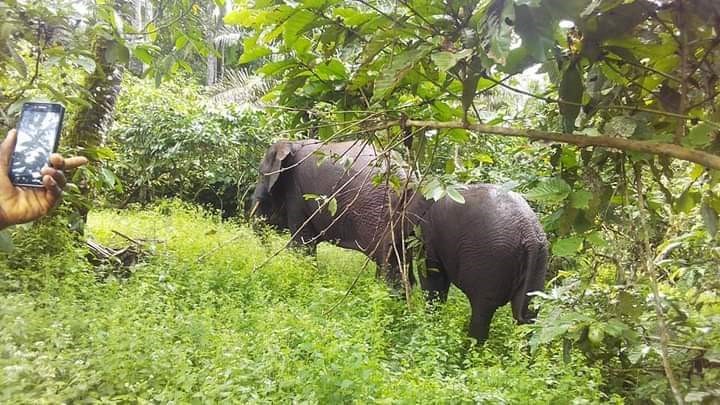 SANNIQUELLIE, Nimba – On Friday, hundreds of residents from communities surrounding the Gba Community Forest in Western Nimba trooped into the forest to watch two elephants that reportedly crossed over from neighboring Guinea.

The elephants were said to have crossed over from the Guinean community of Diaplay three days earlier and the reason for the migration of the animals is yet unknown.

An official of the Forestry Development Authority assigned at the East Nimba Nature Reserve, Grace Kotee Zansi, disclosed the elephants’ movements when she called on Radio Nimba early Friday morning to warn residents of the forest communities against hunting the animals.

Since then, residents have been visiting the forest to see and photograph the animals. In video footage posted on social media by an onlooker, excited residents are seen walking behind the elephants that appear to be directed by a forest ranger. For many of the watchers, it was their first time encountering live elephants in the region.

Meanwhile, the FDA has threatened to take drastic actions against anyone attempting to harm the animals.

On the radio show, Zansi told the public that elephants are among the animals strongly protected by Liberian law and anyone who will kill or attempt to kill the two elephants would be fined between US$5,000-10,000 or serve up to four years in prison.

“The Guinean government has asked us to protect those animals and we are also calling on our citizens around the forest not to kill those animals,” she said. 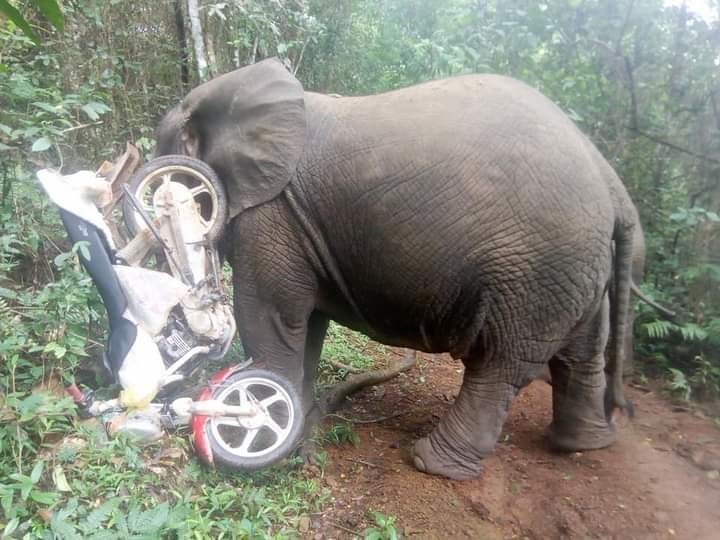 A motorbike belonging to a resident who had gone to watch the elephants is flipped over. Photo: Melvin L. Suah/Radio Nimba

Zansi also said forest rangers had been deployed to ensure to safety of the animals.

“We have spoken with the local authorities to join us in raising the awareness about the safety of the elephants.”

This is not the first time for elephants to be spotted in forests located in Nimba. In January of 2018, a herd of five elephants was spotted in the Gbi and Doru Forest in lower Nimba.