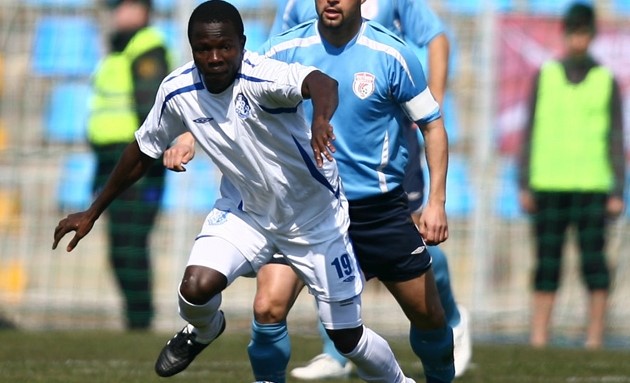 Since the end of the ‘George Weah 11’ era, Liberia’s senior national team has struggled for success on the international stage. Lone Star has never qualified for the Africa Cup of Nations since doing so in 2002 and has always been an underdog within the continent competition.

During the June 19 Facebook Live show ‘Talk With Wesley,’ Teekloh said the major difference between the two sets of teams is the lack of unity among the players.

“When we were playing, I didn’t really feel that power of unity between us like players,” he said of the current crop of players. “Lack of unity is one of the main reasons that people don’t see as one main reason for our failures.”

Comparing his short time with the ‘George Weah 11’ to his generation, the former Farul Constanța midfielder said back then, even if players had personal problems, they put those issues aside and supported each other.

He explained, “There was a time Louis Crayton was benched and Anthony Tokpah [was] in goal. Throughout the match, Crayton was on bench motivating Tokpah. He kept talking and sending instructions from the side of the pitch while the game was being played. This is the kind of unity I’m speaking about.”

Teekloh noted that the current generation could still make a difference: “All those players need is unity. All the young players now need to be united and stand for something. They need to speak with one voice. When unity is among those guys, Liberia will have a better team.”

Asked about his role in attempting to unify the national team, the 36-year-old said he made several efforts to talk with members of the squad. However, Teekloh says some chose not to listen to him and he could not force them against what they wanted to do.

Teekloh played for Liberia between 2001 and 2011. He made his debut in 2001 against Ivory Coast and played his last game for Liberia in 2011 against Angola in a friendly game.

During the online show, Teekloh also spoke out about a failed move to Spanish La Liga side, Espanyol.
If it would have happened, the deal would have been the biggest in his playing career and one of the biggest in the history of Liberian football. However, the move didn’t materialize following a medical examination where Teekloh says he was diagnosed with malaria.

More than 10 years after the incident, he confirmed that there was a five-year deal worth €6.7 million from the Spanish side.

“Yea it is true. I had an offer from Espanyol. It was a try-out thing. It was a direct offer,” he narrated. “It was a five-year deal worth €6.7 million. I flew to Spain after a game in Monrovia. The hotel [in Monrovia] wasn’t that safe, with mosquitoes pulling in while we were there. I got to Spain and got diagnosed with malaria and that’s how the transfer didn’t happen.”

Although the deal did not materialize, Teekloh did continue his professional football in Romania for Farul Constanța, Astra Ploiești, and Astra II Giurgiu before retiring in 2012.