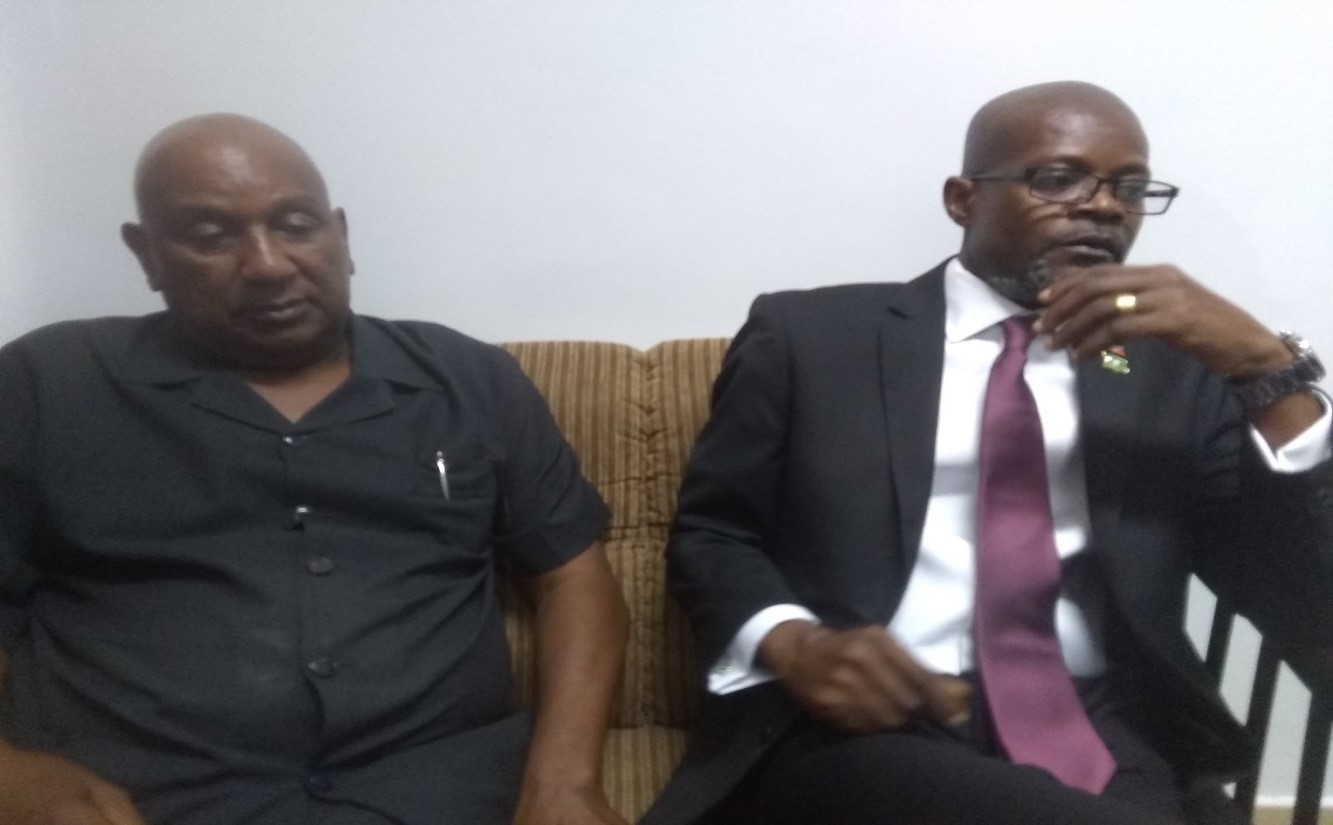 MONROVIA, Montserrado â€“ Controversy has erupted in the Senate over President George Weahâ€™s recent groundbreaking of the RIA Highway Expansion Project. The project aims to convert the 45-km highway to the Roberts International Airport from a two-lane one to a four-lane highway.

The dispute over the project concerns whether or not the agreement for the construction of the road was ever ratified by the Liberian Senate, as required by law.

In a press conference on Feb. 26, Sen. Darius Dillon of Montserrado and Sen. Oscar Cooper of Margibi called on the Senate leadership to display the ratification documents that were endorsed by the legislature. Both senators claim they have no knowledge of any Senate ratification of the project.

â€œWhatever instrument that brought about the project, we want to see it and know how it was passed,â€ Cooper said.

According to Sen. Cooper, his attention was drawn to the matter following a local radio interview in which Sen. Saah Joseph of Montserrado, who chairs the Senateâ€™s Executive Committee, confirmed a previous statement made by Rep. Acarous Gray of Montserradoâ€™s eighth district to the effect that the Senate had already ratified the agreement for the road project.

â€œWhat instrument was passed in the Senate that Rep. Acarous Gray and Sen. Saah Joseph have alluded to?â€ Cooper said. â€œWe are going to make a request for those instruments in order to know who made the committee report. It was alleged that Senator Sando Johnson, who is chair of the Committee on Concessions, is aware of this ratification, but Sen. Johnson has rejected and denied any such reports.â€

FrontPageAfrica has reported that the RIA Road Expansion Project will cost the Liberian government an estimated US$94.5 million and will connect ELWA Junction in Paynesville to Roberts International Airport in Margibi (some sources have estimated the total cost of the road at US$101 million). The road construction has already been contracted to the East International Company, according to the Ministry of Public Works. The firm has a Chinese background with local offices in Monrovia.

Public Works disclosed that work has already commenced the project, with US$1.5 million disbursed to property owners who will be affected by the project.

Sen. Cooper appears aware of East Internationalâ€™s work history, being chair of the Public Works Committee in the Senate, which led him to raise questions about the companyâ€™s capacity to handle such a major infrastructure project. Cooper said the company was introduced to him by former public works minister, Gyude Moore, and that it did some work on roads that raised serious questions at the time.

â€œI am in the Liberian Senate, and have not seen any document that shows the source of funding, how the money will be paid, or at what interest rate. The bidding process is also in question. How was it bided? Was it single-sourced, or was [the Public Procurement and Concessions Commission] involved? How did it come about? There are a lot of questionable things happening here with the RIA Project,â€ Cooper added.

â€œWe have no objection to development and have always made the argument that the counties in the southeast â€“ Grand Gedeh, River Gee, Maryland, Sinoe, Grand Kru, and River Cess â€“ as well as Nimba, Ganta, Tappita, suffer difficulties to get supplies and services every rainy season when the roads are bad. If we have this US$101 million, why canâ€™t we make sure these 7 counties out of 15 donâ€™t experience hardship this upcoming raining season.â€

Sen. Dillon also claimed a lack of knowledge about the Senate ratifying any such project, accusing Sen. Joseph of lying during his radio appearance.

Dillon is also using the controversy over the road project to demand adherence to, and possibly reforms to, the Senate rules. He insists that the Senate establish clear procedures to record all votes and publicize each bill the Senate votes on.

â€œThe Senate rules require that to ratify any legal agreement, a two-third of the total membership of the senate must be duly present and seated,â€ Dillon noted, suggesting that the Senate may have not always adhered to its own rules.

The very idea of ratifying such a huge financial obligation amid a declining economy and poor revenue performance seems shocking to many. The two senators say they are performing their responsibilities of providing checks and balances to the president, to ensure that the government remains transparent and accountable to the Liberian people.

But while the two senators continue to question the project, their colleague, Sen. Saah Joseph of Montserrado, argues that the project was duly ratified by the legislature when he was still a member of the House of Representatives, as part of projects to construct the roads in Battery Factory, Chocolate City, New Georgia Estate, and Tusa Field-Barnesville Estate and the Doe Community.

Joseph claims that when the issue of the road project was first raised in the 53rd Legislature, the Senate simply consented. Therefore, following discussions with the Executive Branch, it was concluded that the project could move ahead. A motion was then read and Senate concurrence given to the House bill for the project.

For Joseph, development is the ultimate goal of government, and if that goal can be achieved, it really does not matter if resources are shifted from one project to another.

â€œWe are talking about development. How many accidents have taken place on RIA? The question is, do they need this project,â€ he said. â€œLet us focus on doing something for our country. [The] government has decided to do something about the â€˜death trapâ€™ road to the airport and they complain about our four lanes. We should remove politics from development.â€