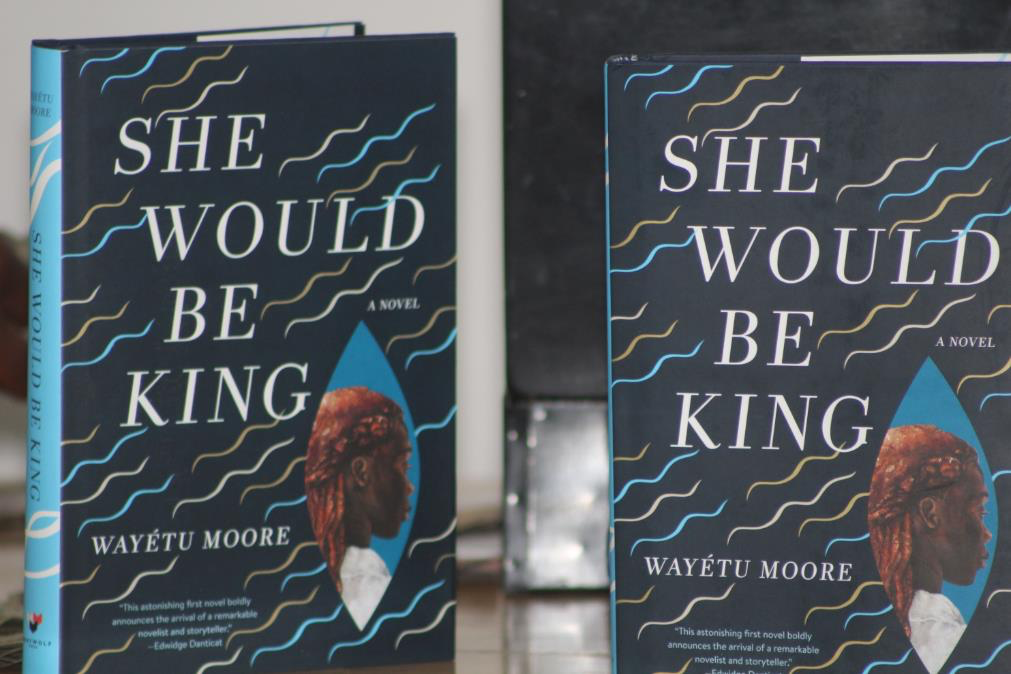 MONROVIA, Montserrado â€“ On Saturday, November 3, the Treehouse Tech Workspace in Sinkor became the attraction of many literary enthusiasts excited about the Liberia launch of She Would Be King, the debut novel by U.S.-based Liberian author WayÃ©tu Moore.

Mooreâ€™s novel, published by Graywolf Press, reimagines Liberiaâ€™s foundation through the eyes of three characters with supernatural gifts in a blend of historical facts and fantasy that has been described as magical realism.

While Mooreâ€™s novel was released in the U.S. in September, this is the first time physical copies have been made available in Liberia.

The author took to the halls of the Treehouse Tech Workspace to read the first chapter of the book, surrounded by the attentive eyes and ears of attendees of the book launch.

Among the audience was Christine Elder, the U.S. ambassador to Liberia, who told The Bush Chicken that she was proud of Moore, who was born in Liberia but traveled to the U.S. as a refugee of the civil crisis.

The U.S. ambassador said she thought Mooreâ€™s work was a pivotal piece and that it would â€œgive people a new look at Liberia.â€

Elder said she hoped Liberian media outlets would give air time for Mooreâ€™s work to be promoted to the public. She encouraged young Liberian writers to persevere and keep finding mentors who can help them realize their dreams. Another attendee of the book launch was Monie Captan, the chief executive officer of the Millennium Challenge Account in Liberia.

He said he was pleased to see a young Liberian author writing a book that was not only well received internationally, but also competitive with other authorsâ€™ works.

After listening to Moore read the first chapter of the book, Captan said he was motivated to read the other chapters. He expressed relief that the book was not about the Liberian civil crisis.

â€œWe need a change and different narrative,â€ Captan added. â€œMoore has done a fantastic work and Liberians need to support.â€ While this is Mooreâ€™s first novel, she has also written several essays in publications such as the Atlantic. Additionally, she has authored numerous childrenâ€™s books.

She is also the founder of One Moore Book, an independent publishing company that puts out culturally sensitive books for children of underrepresented backgrounds.

She Would Be King is available online. Additionally, orders can be placed at the One Moore Bookstore on Camp Johnson Road.