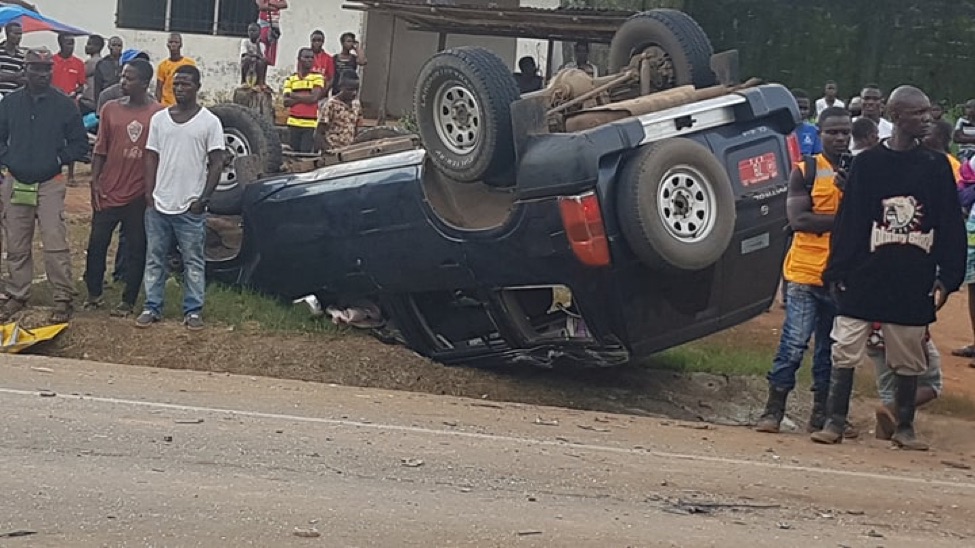 KAKATA, Margibi â€“ At least three persons have been confirmed dead while several others remain in critical conditions after the pilot vehicle of Vice President Jewel Howard-Taylorâ€™s motorcade collided with a taxi cab at Firestone 15 Gate intersection on the Kakata-Monrovia highway in Careyburg District in Montserrado.

Howard-Taylor was reportedly traveling from an engagement she had as a commencement guest speaker at the Boto Barclay High School. She had also served as the keynote speaker at the DolokelenÂ Gboveh High School on Friday, August 30.

According to bystanders, the pilot car, which usually precedes the motorcade, was traveling without a siren and moving at a high speed. The vehicle collided with the Nissan Primera taxi, resulting in the instant deaths of three persons. The deceased included the driver, identified as Patrick Garman and an elderly man named Moses Biah who was reported to be principal of the Gaytayea Public School in Kpai District, Bong. Another unidentified man in his early 30s was among the dead. 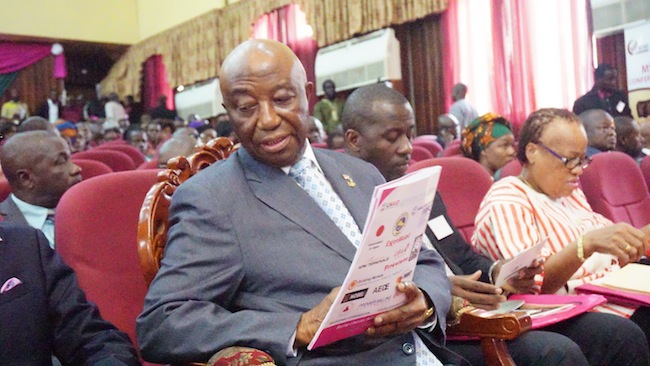 The taxi that contained the three deceased persons. Photo courtesy of Elvis Dweh

Philip Singbah, deputy press secretary to the vice president, confirmed the deaths of three passengers aboard the commercial vehicle. He said seven others, including three Executive Protective Service personnel, along with a police officer, are among the surviving victims who are undergoing intensive medical care at the John F. Kennedy Memorial Hospital in Monrovia.

Philip also noted that that Howard-Taylor is troubled over the loss of lives and has reached out to the family of the bereaved to console them.

He also said the Liberia National Police and the Executive Protective Service have launched a joint investigation to establish the circumstances surrounding the crash.

â€œWe are looking up to the Liberia National Police and EPS to investigate the cause of the accident and findings will be made public,â€ Singbah said.

In February this year, a similar accident occurred involving the presidential motorcade near Gbarnga. A vehicle carrying the Executive Mansion Press Corps collided with another vehicle containing the former solicitor general, Wilkins Wright.

Gabriel Wilson the traditional hornblower to the president, and a woman identified as Victoria Wlue, were the confirmed deceased from the accident.

In 2016, former President Ellen Johnson Sirleafâ€™s motorcade, which was not carrying her at the time, killed two children who were crossing the street. In July 2008, the motorcade of former vice president Joseph Boakai reportedly killed a 29-year-old university student.