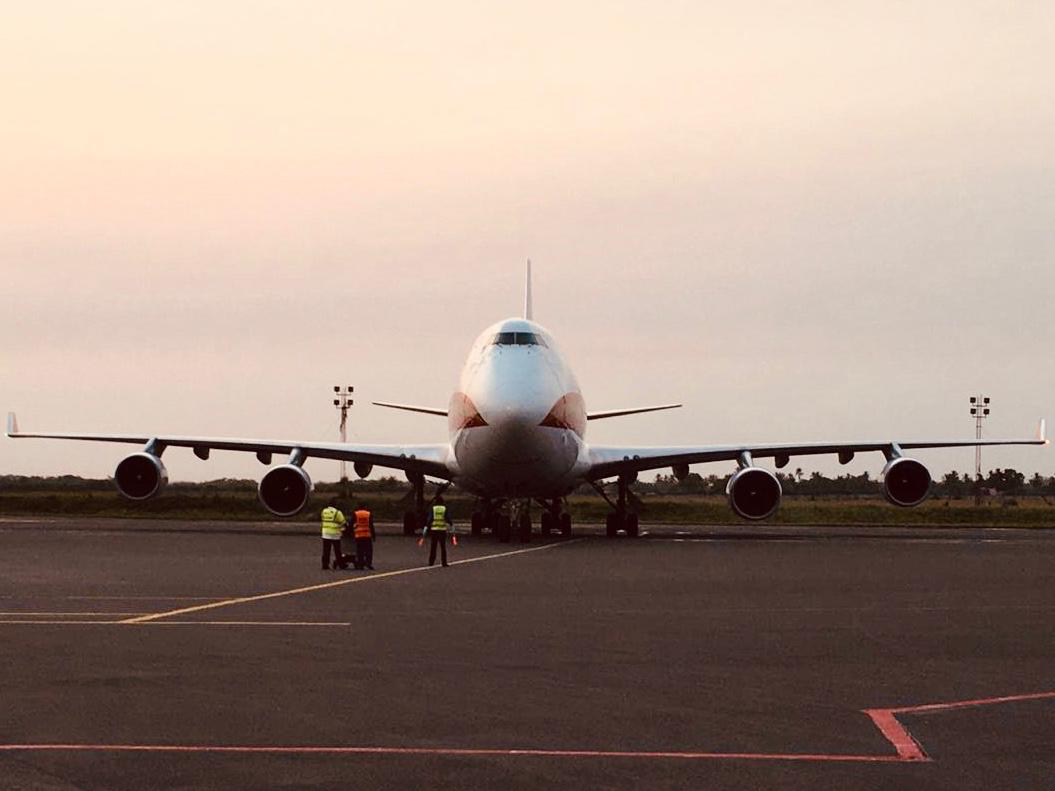 According to the U.S. Embassy in Monrovia, a special flight arrived in the country on Wednesday and delivered a vital supply of superscript, which is an essential component for COVID-19 testing. The release said reagents for the scripts are already available in the country. The same flight will also be used to take Americans back to the U.S. on its return trip.

The embassy also announced the U.S. governmentâ€™s commitment to providing approximately US$40 million assistance to the countryâ€™s health sector, as part of its nearly US$100 million annual assistance package. It said the amount will also be used to help support the countryâ€™s response to the COVID-19 pandemic.

â€œWe are working closely with the Liberian Ministry of Health, the National Public Health Institute of Liberia, and healthcare workers across the country,â€ the U.S government also announced.

Following the pronouncement of Liberiaâ€™s third case of Coronavirus, the country slowed down on carrying out additional testing for COVID-19 because of the lack of materials.

With these supplies, the country has been able to test and confirm four positive patients. Liberia now has seven confirmed Coronavirus cases.

Meanwhile, the U.S. embassy statement revealed that the U.S. Centers for Disease Control and Prevention will continue to support the RIDERS for Health Network, which did much work during the Ebola outbreak to transport lab samples across Liberia. The CDC is also supporting training of contact tracers through its Field Epidemiology Training Program and Infection, Prevention and Control training for health care workers.

The press release also mentioned that USAID is providing support to healthcare worker case management, infection prevention and control training, and facility readiness among 13 health facilities in Montserrado, including Redemption Hospital and the John F. Kennedy Memorial Medical Center. The agency is also assisting with contact tracing and case investigation in Montserrado and supporting staffing and functionality of the 4455 call center at the National Public Health Institute of Liberia.

In addition to the work in Montserrado and Margibi, USAID is also providing support to point of entry surveillance through the United Nations Food and Agriculture Organization and county-level training and preparedness for lab and health workers in Bong, Nimba, and Lofa. The Embassy said USAID is also supporting the re-broadcast of radio shows led by the Public Health Institute, the U.S. Centers for Disease Control, and World Health Organization experts to community radio stations across Liberia in order to amplify messages about preparedness and prevention of COVID-19.

Featured photo courtesy of the U.S. Embassy in Monrovia

Sharing
Tags Coronavirus, US Embassy
Contributions to The Bush Chicken are not tax deductible.