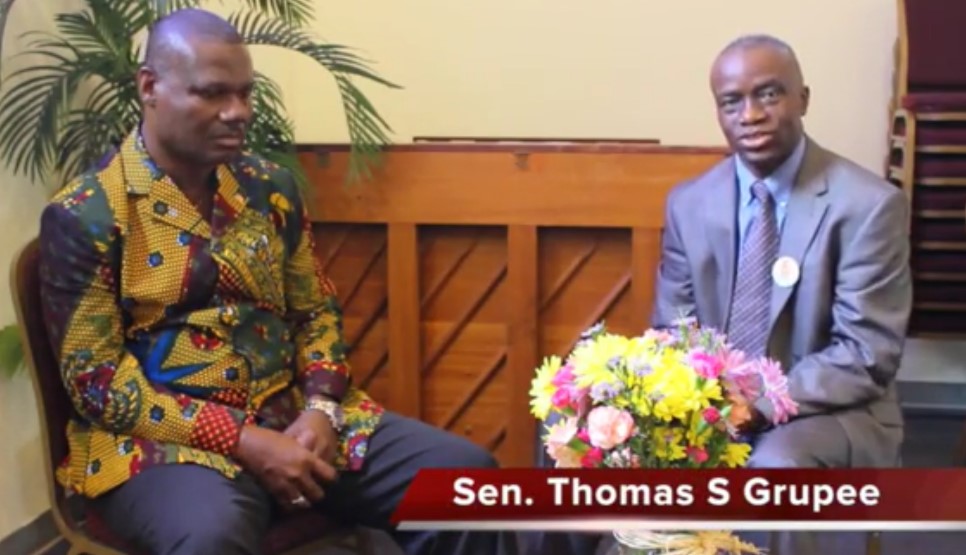 The junior senator from Nimba answered a host of questions related to the current state of affairs in Liberia, accomplishments, and failures of the current government, and the outlook as the nation heads into the upcoming election season.

Grupee, a longtime resident of Massachusetts before moving to Liberia to run for senator, spoke from the state capital of Boston with The Bush Chickenâ€™s Torli Krua.

With four and a half years to go in his term, Grupee will not be facing re-election in the 2017 election but he weighed in on many electoral issues, including what has been considered a high number of registered political parties â€“ 22.

â€œI consider it as a healthy democracy,â€ he said, before detailing proposals by other lawmakers to limit political parties. â€œI, for one â€“ and many others â€“ we are not interested in limitation by law, to say that political parties should be limited to two or three or four.â€

He said he believed in competition in the marketplace of political parties â€“ that the parties with the best ideas would ultimately survive. However, he did note that political parties in Liberia had little, in terms of platforms, to differentiate themselves from each other.

â€œWe do not have party politics like what you see here [in the US] when you see the Democratic or Republican Party, you can pinpoint the disparity,â€ Grupee said. â€œIf you happen to look at all the political parties [in Liberia], there are a lot of similarities.â€

He said all parties are looking for good governance, accountability, and other measures of development.

â€œWe donâ€™t have social problems like gay, lesbian, abortion, all those issues,â€ he continued. â€œWhat is important to Liberians [has to] do with our goals and objectives of how to promote the country, how to develop the country, how to make sure that everyone that lives in the country cooperates.â€

As the October elections grow closer, Grupee acknowledged that the lack of election of local officials was a major challenge that the government faced and one that bothered him.

â€œUp to now, we have not had municipal elections because of the lack of money,â€ he said, estimating the cost of past elections at US$5 million.

When questioned on what additional costs and challenges would be incurred if municipal elections were included, Grupee said there were â€œlogistical concernsâ€ such as the poor road networks that would be an issue. Ensuring that there was â€œa clear demarcationâ€ of chiefdoms was essential in preventing people from voting in areas where they are not residents.

While the challenges exist, he said local elections needed to be held. â€œFor me, it is a gross violation to our constitution, which states that chiefs â€“ paramount, town, and clan chiefsâ€¦ should be elected,â€ he said. â€œWe cannot continue to violate the constitution.â€

Although a member of an opposition party, Grupee praised the Ellen Johnson Sirleaf government for its accomplishments, which he named as the restoration of electricity, ensuring the rule of law and democratizing Liberia, and improving the connectivity of roads.

â€œRoad connectivity has actually improved within the country,â€ he said. â€œI was there when I was part of the delegation to dedicate the road leading from Gbarnga to Ganta-Guinea border.â€

However, Grupee expressed a concern with the countryâ€™s ability to ensure that security in the country was upheld.

The senator also spoke on other issues including corruption, salaries of government officials, and his proposal to reinstitute the death penalty. Watch the video below to see the complete interview.

Jefferson Krua contributed to this article.