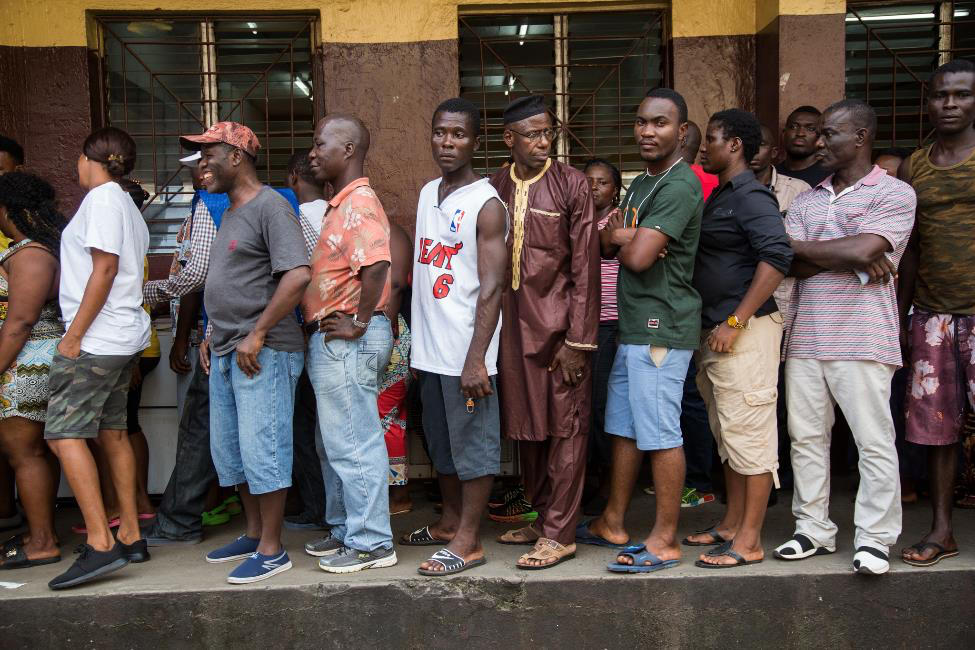 MONROVIA, Montserrado â€“ President George Weah was inaugurated as president after winning the December 26 runoff presidential election with more than 60 percent of the total valid votes.

Below are scenes that show the election process during the second round.

Watch as poll workers in Liberia’s 2017 runoff presidential election set up their workstations while voters search for their names and form their respective queues. Ensuring a clean voter roll that did not disenfranchise voters was a key issue during the election.

Watch as Vice President Joseph N. Boakai arrive at the Sis Kathrine McGuire Memorial School to cast his vote. The former vice president and his running mate, Emmanuel Nuquay, lost to Weah and Jewel Howard-Taylor in the second round.

Watch as The Bush Chickenâ€™s reporters try to gain access to one of the polling centers during the counting of the ballots. At several locations, National Elections Commission staff wrongly denied reporters access, even though NEC procedures dictated that reporters be allowed to observe the process.

The December 26 presidential runoff election between the Unity Party and Coalition for Democratic Change was marred by a low turnout at polling centers across the country. Watch as polling staff and voters describe the process as smooth, quick and ‘in order.’ International observers praised NEC for improvements made between the first and second rounds of the elections.