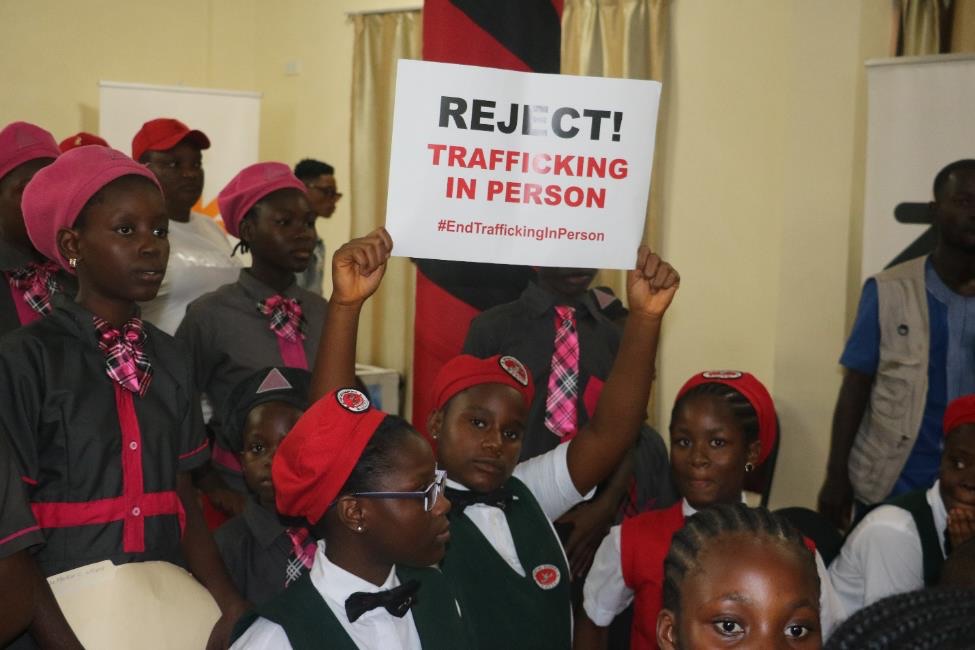 In Liberia, human trafficking often takes the form of children brought from the interior of the country in search of better education opportunities to distant relatives in Monrovia. In the capital city, many of these children are often denied education and exploited, as they are frequently used as street sellers or domestic laborers.

The campaign’s goal is to increase effective media reporting on trafficking in persons in the country, including by high schoolers. The campaign was launched at the Second KD Film Festival held over the weekend at the Millennium Guest House in Monrovia. Key stakeholders, including government officials, local actors and actresses graced the ceremony. Many high school students also participated in the program, together with their parents.

The launch of the campaign in Monrovia was only one in a series of anti-trafficking awareness initiatives nationwide. Following the Monrovia launch, Youth Media Action has now embarked on other robust anti-human trafficking awareness in other schools in Montserrado and Nimba counties. In these initiatives, the organization works with journalists and press clubs in high schools.

It’s executive director, Varmah Kamara, has expressed alarm over the rising level of reported trafficking in persons, and therefore admonished every citizen to join the fight to combat crime.

The practice in Liberia of bringing children from rural communities under the pretext of sending them to school in Monrovia has become an essential channel of trafficking victims out of Liberia.

Due to these persistent conditions and Liberia’s failure to fully comply with agreed-upon minimum enforcement standards regarding trafficking, Liberia has, therefore, remained downgraded at Tier 2 Watch List, according to U.S. State Department 2019 Trafficking-in-Persons report for the third consecutive year.

If Liberia does not improve its standing in U.S. assessment of anti-trafficking initiatives, it risks losing millions in potential U.S. assistance. With support from Internews, the youth media group is, therefore, conducting training for members of press clubs in 10 high schools in Nimba and Montserrado, to help mitigate this potential outcome.

The 40 students from the 10 high schools are being trained to raise awareness about trafficking and provide public education, as was done at the film festival. A vital component of the training involves reporting suspicious trafficking activities in their schools and communities, according to Kamara.