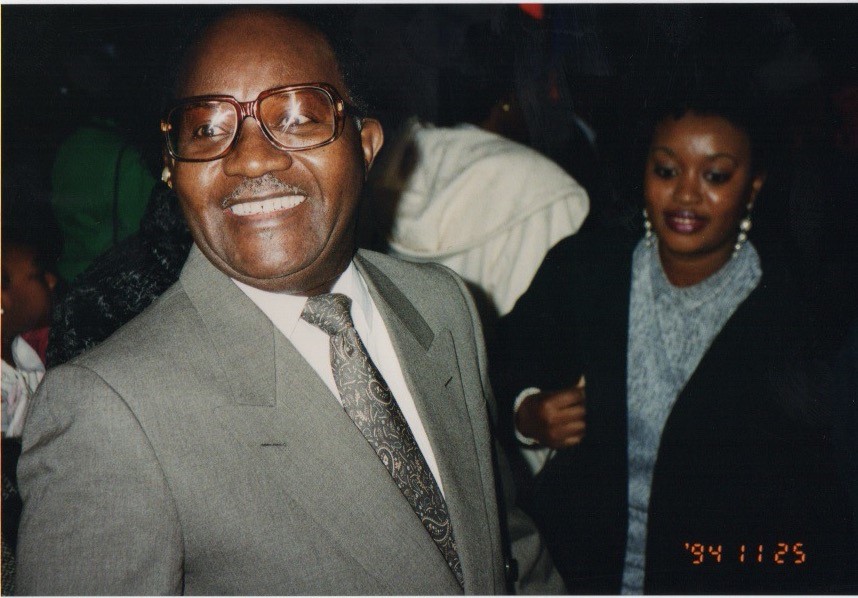 Once more, we pause to mark the passing of a veteran Liberian diplomat and dear friend, Christopher Tugba Moseh (Moses) Minikon. Ambassador Minikon died on July 4, 2019 in Rockville, Maryland, in the United States, surrounded by his family including his wife Bernadette. He was 86.

Though he was a career foreign service officer beginning service in the old Department of State, now the Ministry of Foreign Affairs, he was also an educator and student of Liberian history.

I first met Ambassador Minikon in a classroom in 1961 as a freshman student at the University of Liberia. He was teaching a course in World Geography in which I was enrolled. When our paths again crossed, it was in the 1970s as employees of the Foreign Ministry.

Our last team service to Liberia was in late March 1980 when we constituted a delegation of two as special envoys of Liberia to then recently elected first prime minister of Zimbabwe, Robert Mugabe. We were in effect the advance team sent to prepare for President Tolbertâ€™s visit to the independence celebrations of the new African state. Having accomplished our mission, we were en route home when the tragic news of the military coup dâ€™Ã©tat in our homeland reached us.

Born in Grand Cess, in then Maryland and now Grand Kru, on May 24, 1933, his parents were Beatrice T. Minikon (nee Jackson, a midwife, nurse and teacher) and Anthony Minikon Moseh (a lawyer, teacher, and notable translator for the Roman Catholic Church in Maryland).

Chris was the first of 10 children. His early education was in Catholic schools in Maryland. He completed high school at St. Patrickâ€™s in Monrovia before traveling to the United States where he did his undergraduate studies at Xavier University of Louisiana (1953-57), graduate studies at Marquette University (1958-59), and subsequently at the Fletcher School of Law and Diplomacy at Tufts University (M.A., 1964).

He was married to Bernadette M. S. Minikon (a descendant of President Hilary Richard Wright Johnson and the Roberts family). They had seven children, nine grandchildren, and two great-grandchildren.

He served as an instructor of Social Studies at the University of Liberia from 1961 to 1962. His diplomatic career began in earnest upon his return from Tufts University, serving first as research officer in Secretary of State J. Rudolph Grimesâ€™ State Department, and then as director of European Affairs (1966-1970), and director of International Organizations Affairs (1970-73).

He also taught at the Foreign Service Institute. During this time at State, he partnered with others in founding the Liberian Historical Society, which published the Liberian Historical Review between 1964 and 1972. Minikon himself published in the Review in two parts an interesting article titled â€˜President Edward J. Roye, Traitor or Patriot?â€™

His first posting abroad was as minister-counselor at the Permanent Mission of Liberia to the United Nations (1973-76). I was, for a few of these years, teaching at Seton Hall University in New Jersey and managed to once more interact with my mentor and friend. We would soon both be back at home with him at the Foreign Ministry as assistant minister of foreign affairs for Afro-Asian Affairs (1977-80). By then, I had made the transition from the Foreign Ministry to the office of the president as Minister of State for Presidential Affairs. In those capacities, we were constituted as special envoys of President William R. Tolbert, Jr. (who was the current chairman of the Organization of African Unity) to Prime Minister Mugabe of Zimbabwe.

Having completed our mission in Harare, Zimbabwe, we were in Nairobi, Kenya at the residence of Ambassador James Freeman when informed that President Tolbert was overthrown and assassinated. Because we could not return home with Roberts International Airport closed due to the coup, we decided to make our way to Freetown, Sierra Leone, where we might have access to more information about what was happening in Liberia. We took a Pan Am flight from Nairobi to Lagos, where we spent the night together in a hotel room. As we were about to go to bed, Chris said to me: â€œLetâ€™s have a word of prayer for the peaceful repose of the soul of President Tolbert.â€ We knelt and prayed.

The next morning, we were on our flight to Freetown. Arriving in Freetown, we first went to the residence of our ambassador, who looked upon us as though we were from another planet, even as he gave us a rundown of the composition of the new government, with the name of Dr. George Boley replacing me as minister of state for presidential affairs.

A senior official of the embassy who was married to someone I had known in my teens in Grand Bassa offered us shelter for the couple of weeks we spent in Freetown. By then, we had used the per diem the government had provided us and were somewhat stranded. Someone arranged for us to meet with Sierra Leoneâ€™s President Siaka Stevens, who warmly received Chris and me, offered words of advice, and gave each of us a small purse in Leones and U.S. dollars. This is how we survived in Freetown until our return home.

We returned home on April 22, 1980, not knowing that as our plane landed, 13 former officials of the Tolbert administration were being publicly executed by firing squad. After some scary moments, our respective situations were normalized. Chris, returning to his post at the Foreign Ministry, was subsequently promoted to deputy minister of foreign affairs. I subsequently joined the faculty at the University of Liberia. Chris would eventually be named Liberian ambassador to South Korea, where he served from 1985 to 1991. He was back at the Foreign Ministry as deputy minister in 1997. I recall visiting him at the Foreign Ministry in 2000 during a visit home from my U.S. teaching post.

I last saw Chris at a nursing facility in the U.S. state of Maryland about four years ago. It was a pleasant reunion.

This Liberian diplomat and teacher was also a staunch Roman Catholic, serving as the first grand president of the Knights of St. John. He lived a full life and has now returned to his maker.

Goodbye Chris, Rest in peace until we meet again.