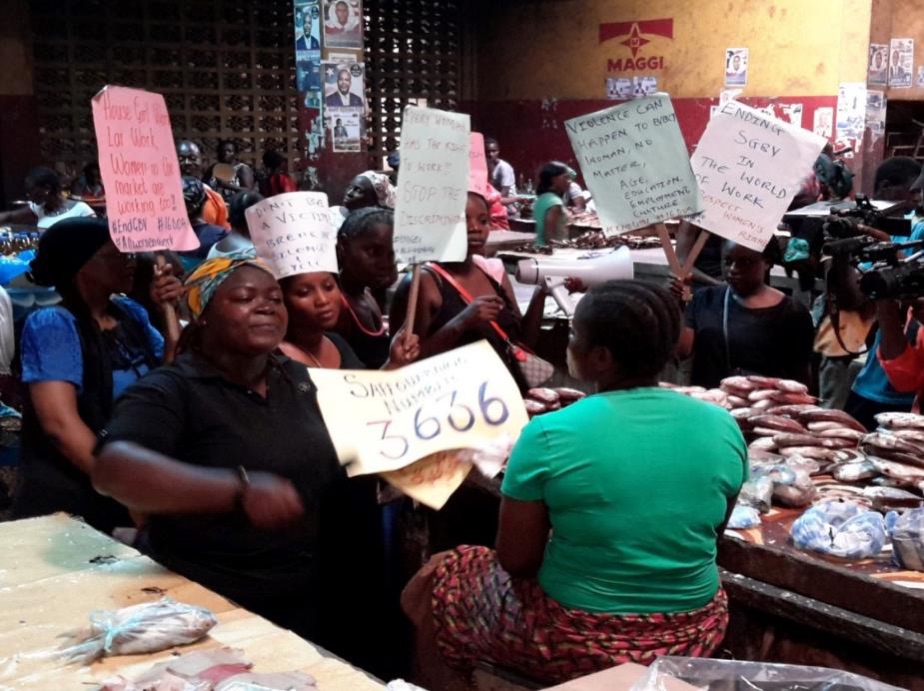 MONROVIA, Montserrado â€“ Activists and women rights groups in Liberia have ended this yearâ€™s 16 Days of Activism. As part of the event, Action Aid launched a campaign to reach as many women and girls, with outreach made at markets around Monrovia.

Cecelia Davis, a local marketer who spoke to journalists during the campaign, lauded Action Aid for the outreach, confessing that it was the first time she was hearing about the 16 Days of Activism.

For Davis, women and girls are particularly deserving of awareness and protection because they are most vulnerable to SGBV. Davis did not have many kind words for her male counterparts.

She described Liberian men as mere â€˜baby makersâ€™ who leave women to carry the rest of the burden of raising children.

â€œThere are so many women walking around the street calling themselves men,â€ Davis said. â€œHow can a man never care for his family? How can a man run away from his responsibility even though the bible clearly explained that men will be the one to labor for his family but now women are the ones doing the opposite?â€

â€œMen are only men in the bed, when they want sex from you they will be the nicest person on earth, but after getting what they want that will later bring a baby then you will see the real fire in them,â€ she added.

Deborah Bloma, another marketer who sells fish in the Duala Market, expressed similar frustrations with men, and promised to keep a distance from them, preferring to believe this is one way to live longer and avoid pressure. 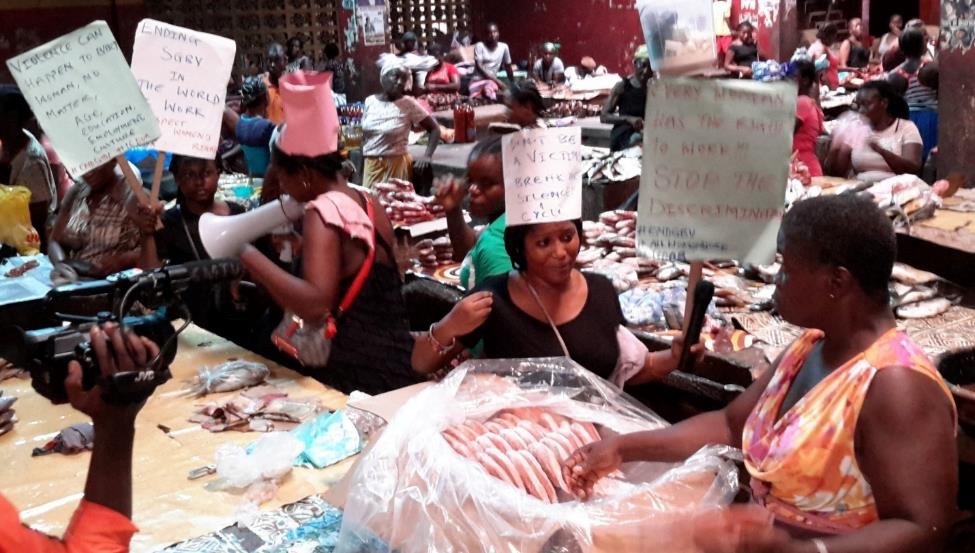 Bloma appeared to be speaking out of angst, having reportedly experienced abandonment by her own husband. She was advice by Action Aid campaigners to seek possible redress through the Ministry of Gender.

Throughout the day, more and more women came forward with their personal ordeals of abandonment, mistreatment, and SGBV.

At least one woman had a different view.

For her part, Annie Lama believed that men and boys were also victims of SGBV, and therefore deserved attention as well. Furthermore, she believed the ill-treatment of her fellow women was partly due to their own attitudes of disrespect and arrogance towards their male partners.

For Lama, cultural norms dictate that women obey and be submissive to their husbands. Those who refused, she believes, are the ones who often encountered abandonment.

â€œI will also call on my fellow women to be submissive to their husbands to have a successful and long-lasting home that our children will grow in because the bible also says that to women,â€ Lama said.

â€œWe women should not only sit there and explained the terrible side of our men to the public and leave our parts that caused the man to leave the home,â€ she added.

Such mixed views regarding the underlying causes of SGBV and how to end it is partly to blame for instances of acceptance and fear of reporting SGBV incidences. In this regard, one cannot truly overemphasize the importance of global awareness and fight associated with the 16 Days of Activism.

Sharing
Tags Action Aid, Ministry of Gender
Contributions to The Bush Chicken are not tax deductible.