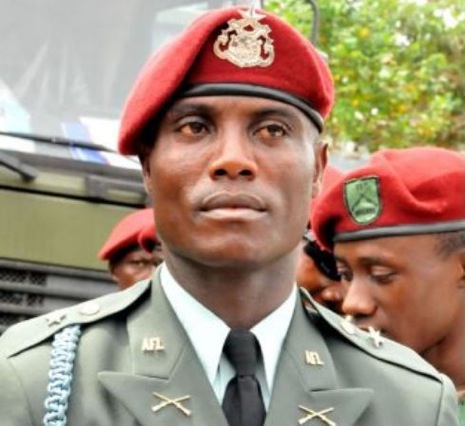 MONROVIA, Montserrado â€“ The Chief of Staff of the Armed Forces of Liberia, Brigadier General Daniel Ziankahn, has disclosed that one of his officers is currently undergoing a thorough investigation for his involvement in extorting money from prospective recruits at the Barclay Training Center.

Ziankahn said the military is a place of discipline and as a leader of such body he would not tolerate any act of indiscipline by the soldier.

Although he did not name the officer, Ziankahn said the military board of inquiry was investigating the officer and the findings would be made public.

The AFL Chief of Staff acknowledged that missteps are expected along the way of developing a professional army; however, such should not be used to degrade the entire Armed Forces of Liberia.

He said unprincipled members of the AFL would be dealt with according to the Uniform Code of Military Justice of Liberia. Of late, there had been claims of money extortion from prospective recruits who have turned out in anticipation of joining the new army.